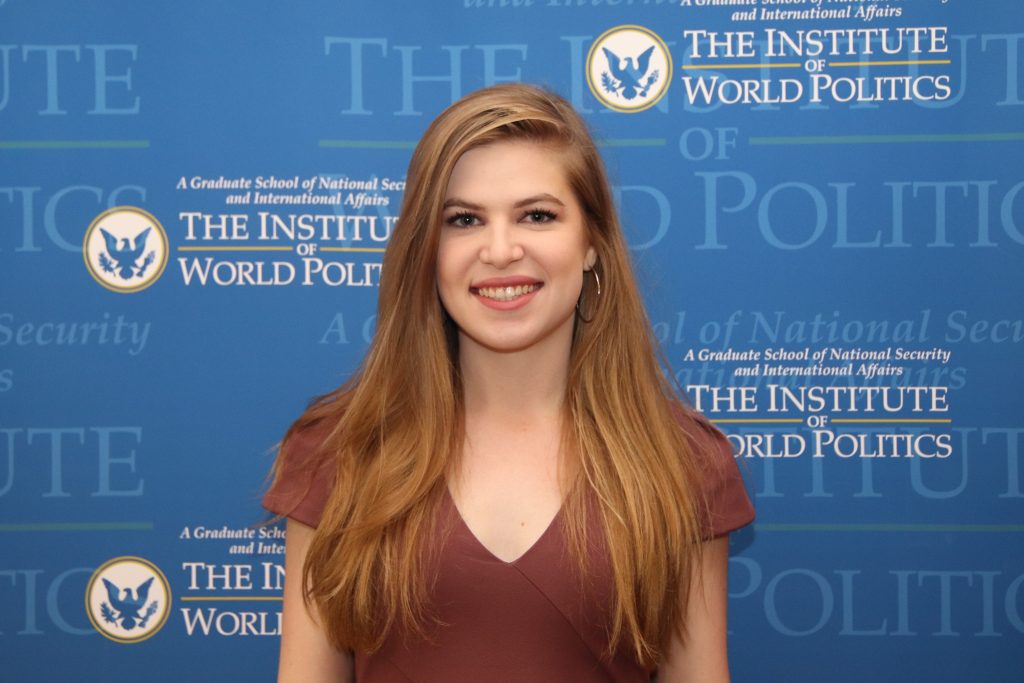 Going into this internship, I had no idea what to expect. I had the description about the internship almost memorized, and I knew vaguely what a few of my duties would be from the interviews. Yet, little did I know, I was embarking on a summer that would introduce me to leading professionals in the field of foreign affairs and national security who would provide me with unique insight far beyond what I would have gotten at any other internship. IWP truly is the “holy grail of internships,” as I tell my friends.

One of the most rewarding aspects of this internship was that I really felt a part of the IWP team. I never found myself doing busywork, but instead, I was helping with projects that had a measurable impact. IWP wishes the best for their interns, which was immediately apparent to me as they set up meetings, coffee hours, and luncheons with the faculty and alumni so we could learn how they got to where they are (very helpful as I’m figuring out my career path) as well as what they learned along the way (very helpful for life). The people that I’ve met throughout this summer were amazing in both the things they’ve accomplished over their illustrious careers and in their interest in helping me towards my own future career.

IWP also gave me opportunities to take advantage of their wonderful location in D.C. and the connections that they have. One of those opportunities was that I was able to go on a private tour of the Pentagon with the other interns, where we talked with some alums currently working there before touring places typically restricted for visitors. We even were able to accidentally witness an honor ceremony for a foreign dignitary and make a quick cameo on C-SPAN. However, chance meetings of that sort were all too common on the IWP campus, to the point where I began keeping a tally of all the ambassadors that I’ve met.

Overall, this internship was one of the most impactful and influential experiences that I have had during my undergraduate years. I have developed skills that will be useful and marketable for any future internship or job. Moreover, I gained clarity about the direction I wish to take my career as I learned more about the work that different professors and alumni have done. I will be forever grateful for the exciting summer that I had interning at IWP while living in D.C. and for all of the people that I’ve met here who have had a definitive impact on my professional development.