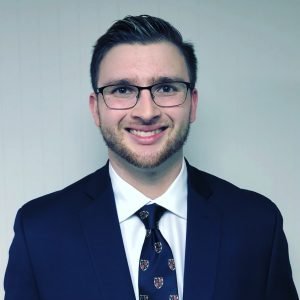 I came into this internship with the mindset that I wanted a mentor who could help guide and instruct me on how best to sharpen my skills as an analyst, researcher, and writer, with the goal being that I would be better prepared for a career in international relations. I was able to accomplish this and more with Professor Al Santoli, who not only helped enrich my academic aptitude, but also gave sound advice on how to balance work-school-personal life when beginning a fast-paced career in international relations.

I am currently a graduate student who is matriculating into American University’s School of International Service in the Fall of 2021. My degree will be in a Masters of Arts in International Affairs: Global Governance, Politics, and Security. My fields of interest lie within South-East Asia and China’s role in international development, mainly through their Belt and Road Initiative (BRI). My career goals align with United States federal agencies that deal with foreign policy, Washington, D.C. think-tanks, and other non-governmental organizations (NGOs) that deal with China as not just a U.S. national security threat, but more opportunistically as a potential ally in the fight against global warming, global poverty, and global infectious diseases.

I conducted research alongside Professor Santoli in many of the above-mentioned areas. Most notably, I conducted lengthy research on rare earth minerals and the impact they have on U.S. national security. The U.S. has been dependent upon China for decades for rare earth minerals processing since the sale of the U.S. mining company, Magnequench, during the Bill Clinton and George W. Bush administrations. I delved deep into the specifics on how and why this happened and came to the conclusion that our government had no real understanding of the security implications that selling Magnequench to the Chinese had on U.S. national security interests moving forward into the 21st century. I also researched rising water levels along the U.S. western coast, the Philippines, and around the Indian Ocean, and how the impact of the rising sea level is causing governments to rethink their own national security policies with regards to both global warming and climate change.

While this internship experience was online and remote, I was still able to connect with Professor Santoli weekly via Zoom, as well as staying in touch with my fellow interns via GroupMe and Zoom. I did miss not having the opportunity to visit IWP, visit U.S. federal agencies, and interact on a weekly basis with IWP professors and staff in person; however, under these difficult and extraordinary circumstances due to the pandemic caused by COVID-19, I felt that IWP went the extra mile to ensure that their interns were able to keep in touch digitally and that they offered us help and accommodations should we need it. My overall internship experience was thus very worthwhile, and I will move forward with fond memories of interning with Professor Santoli at IWP!

Learn more about the internship program