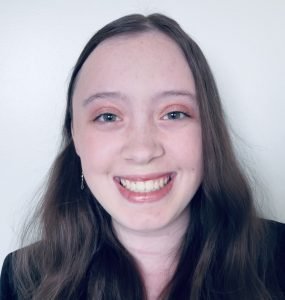 The time I have spent at The Institute of World Politics (IWP) and the knowledge and experience I have gained there have been invaluable.  I first came to IWP because of its emphasis on the wider realm of political statecraft with a further focus on intelligence, national security, and international affairs.  Once at IWP however, I was able to gain so much more in addition to this – including having access to a strong community and the chance to learn more about what I want to do with my future from people experienced in the fields that I want to enter into.

While the first portion of the internship was online due to Covid-19, I was still able to make connections with faculty and other interns, as well as further my knowledge of international relations.  However, once the internship became in-person, I was able to value the experience even more.  I was able to connect and continue learning from the people whom I had only been able to meet previously virtually as well as getting the chance to see IWP’s beautiful campus – located near the heart of Washington D.C.

During my time at IWP, I worked as a research assistant under Dr. David Glancy.  I learned about the use of political warfare and researched how the works of ancient Chinese strategists still affect China and their use of political warfare in the modern world.  This research expanded my worldview of international relations to include strategies outside of traditional warfare – methods that are critical to understanding current global politics.

Another opportunity I had at IWP was the chance to audit graduate school courses.  I audited Ideas and Values in International Politics (IWPO 606) with Professor Timothy McCranor.  The course focused on the importance of ideas (and thus values) throughout history and into the modern day through the lens of international politics.  As someone who had previously taken several ancient literature and modern philosophy courses, IWPO 606 gave me the opportunity to combine different philosophical perspectives with the political realities that people now face globally.

I also had the chance to work administrative shifts wherein I was able to staff the IWP lobby and complete tasks with the events team, such as creating an event write-up for a guest speaker at IWP.  This time was important as it gave me the opportunity to have conversations with different members of the IWP community as well as giving me the chance to explore the campus.

An additional opportunity IWP provided was the chance to do weekly Lecture Lunches with IWP faculty members.  These lunches provided interns with the chance to converse with and learn from the IWP community on topics relevant both to international affairs and to our futures.

My internship with IWP not only provided me with hard skills that will be necessary after graduation but also exposed me to a community that not only gave me the chance to prove myself and my abilities but also poured into me and helped me to make my goals for the future more tangible.

Learn more about the internship program