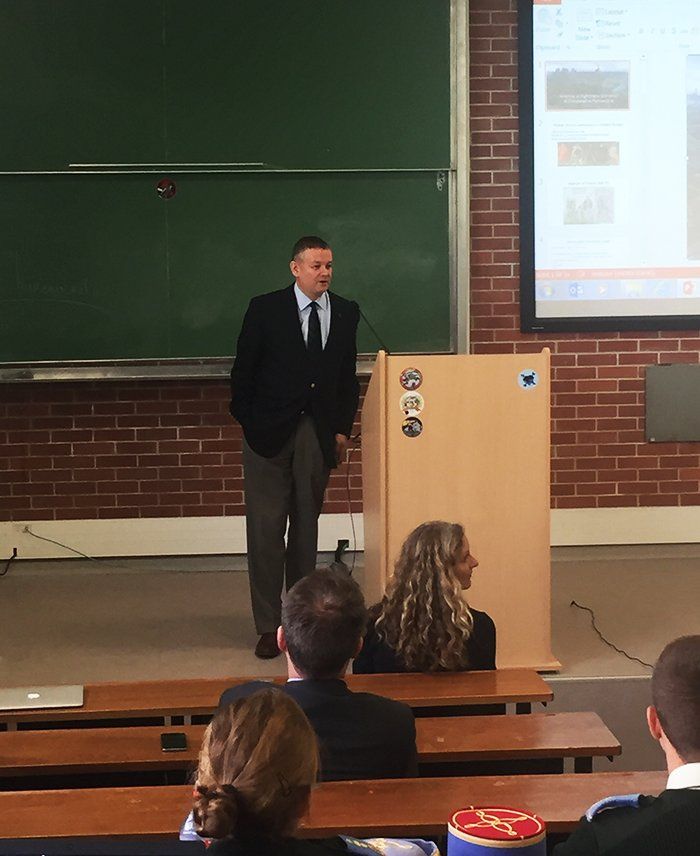 Dr. Chodakiewicz was a member of an international team of experts who addressed the question: “where will the borders of war be located in six months?” He delivered two major presentations: “The End of America? Rumors Greatly Exaggerated” and “The Russian Way: What’s Putin Up To?”

He also participated in formal classes and informal meetings with cadets from France and several other countries, including Austria, Spain, Poland, and Italy.

The Seminar was put together by IWP’s visiting fellow, Dr. Thomas Flichy, who is also head of the department of war studies of Saint-Cyr’s military academy.