On November 6, 2018, Professor Marek Chodakiewicz received The Sentinel of National Remembrance Award of DoRzeczy Magazine for 2018.

The award is granted to individuals particularly involved in the discovery, preservation, and promotion of the memory of Poland’s past. This year, to celebrate the 100th anniversary of the rebirth of Poland in 1918, the award committee decided to honor persons who have been the most committed to sustaining Polish historical and cultural continuity, which allows Poland to foster its sense of national pride. Professor Chodakiewicz was awarded in the “creative minds” category for his scholarly and journalistic activity. 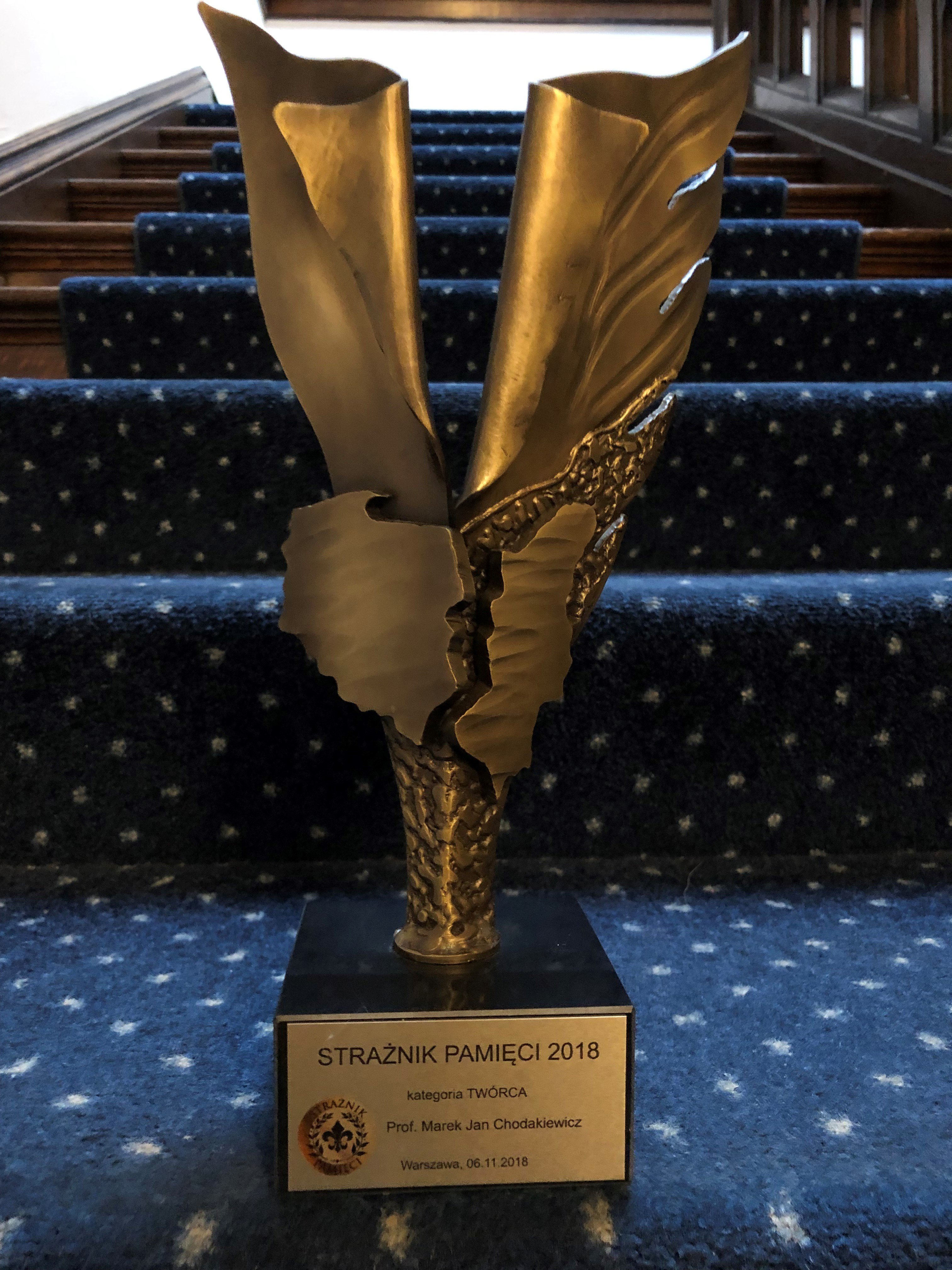 At the splendid Sentinel of National Remembrance Gala Evening held at the Royal Castle in Warsaw, Professor Chodakiewicz was introduced with the following words: “He has been working for the Polish cause outside of Poland for many years – he has persuaded the undecided, he has taught the unknowing, he has gained new allies for Poland. He has consistently used the force of arguments rather than the argument of force. …A renowned expert in the field of Polish-Jewish relations, the history of communism, the history of conservative thought, and the latest history of Poland, Professor Marek Chodakiewicz is an ardent commentator of the present who – drawing from the past – does not hesitate to point to the Poles’ possible paths into the future.”

Although he was not able to receive the award in person, a video of his remarks was shown at this gala.

At IWP, Dr. Chodakiewicz directs the Center for Intermarium Studies and holds the Kosciuszko Chair of Polish Studies. He teaches several courses, including Mass Murder Prevention in Failed and Failing States, Geography and Strategy, and Russian Politics and Foreign Policy.

Above: The Sentinel of National Remembrance Awards on display.