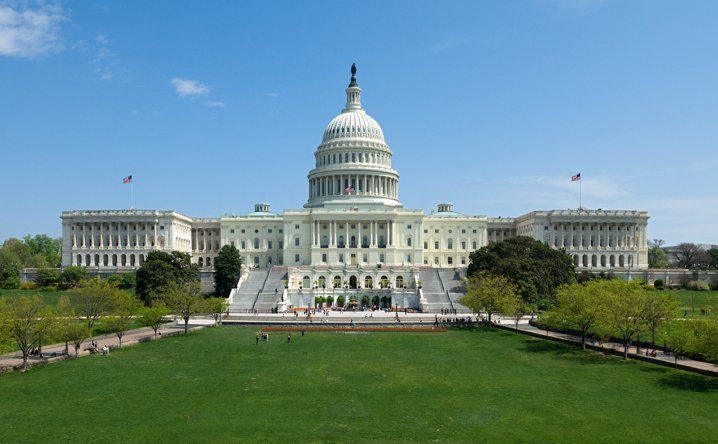 Dr. Marek Jan Chodakiewicz spoke on a panel on Polish issues on the Hill, Cannon Building, at an event entitled “Poland’s Painful Past and Promising Future” organized by John Czop, the Polish American Congress, on May 20, 2019. The co-panelists included Mrs. Ann Bankowski of PAC Michigan and Ian Brzezinski of the Atlantic Council. Dr. Chodakiewicz’s remarks follow:

The Intermarium: The Last 5,000 Years

Ladies and gentlemen, thank you for having me here on this balmy day. Since I have twenty minutes, I thought I’d start my story about 5,000 years ago. As Professor David Reich of Harvard and others working in the vineyards of ancient DNA have discovered, there was an incursion from the Eurasian steppes into central Europe at the time. It is unclear whether the intruders first thrust down across the Iranian Plateau to conquer India or whether they initially migrated to the lands between the Oder and Bug rivers directly from Asia, then split off to invade the Indian subcontinent with a portion of the conquerors possibly returning to Europe again.

What we do know about this process can most importantly be boiled down to three points. First, DNA research shows that, although they originated in Eurasia, including the Iranian Plateau, the denizens of the lands between the Oder and Bug rivers have been in situ for several thousands of years, and presently they call themselves “Poles.” Incidentally, this scientific fact sheds new light on the so-called Sarmatian myth, positing the origin of the Polish nobility on the Iranian Plateau, which enjoyed great currency in the 16th and 17th centuries.

Second, people mingle, including the Polish people, of course, with others as a result of migrations, contacts, and war. There are no “pure” races or “pure” Poles. In fact, at up to 70% of their genetic material indigenous, the Ukrainians are the most Slavic people, according to their DNA. The Russians are the least Slavic of all Slavs, a plurality of their DNA reflecting Karelo-Ungaro-Finic influences (about 20%). The Poles are somewhere in between, registering circa 50% of their genes as Slavic.

Third, all migrations entailed violence: mayhem, rape, murder, and despoliation. Some populations disappeared altogether; others appear on our radar screen as “ghost populations;” and still others marking their presence solely through matrilineal DNA. That last phenomenon suggests conquest, slaughter (or other form of unnatural death, such as a plague) of the males, and enslavement of the females. Further, property theft has been the norm from the beginning of time. There is no reason to suppose that the Eurasian thrust into the lands between the Oder and the Bug was any different, unless, of course, the newcomers settled into empty spaces, which, perhaps, may very well have been the case here.

At any rate, these are preliminary results. None of this is set in stone, because the study of DNA is the youngest of all branches of historical sciences. It has been rapidly evolving, sifting through new evidence practically daily and, thus, presenting us with new, exciting possibilities of reinterpretation as often. Yet, for now at least, this is the genetic framework of our story.

Then, there comes the archeological angle. One of the most shocking recent discoveries was a stone construction in southern Poland that is about two millennia old. This upends the conviction that stone construction arrived in Poland only with the advent of Christianity at the beginning of the second millennium after Christ.

Further, archeology shows that various cultures existed on the lands known as Polish. Some of them were very eclectic and rather sophisticated. It is unclear whether they were the work of the indigenous descendants of the Eurasian migrants or of various transients, such as the Goths. Culture usually grows by borrowing and cross pollination. Some tribes stayed in place; others moved, for instance from southern Poland to what is now Croatia.

Archeological excavations have uncovered evidence of extensive violence in the 9th and 10th centuries. It appears that the source was domestic and ruthless. It engulfed the country and resulted in its centralization. The winners established a power center first in Gniezno, and then Poznan. At this point, we can start talking about more solid evidence of political, social, economic, and cultural development between the Oder and Bug rivers.

Within this context, 966 AD is arguably the most momentous date in Poland’s history. It marks the nation’s baptism, the acceptance of Latin Christianity. The Polish rulers and their subjects accepted Christ through love, and not by fire and sword as was often customary in the West. This pattern would repeat itself in Polish history four hundred years later when, in 1389, the Poles convinced Europe’s last pagans, the Lithuanians, to embrace Latin Christendom. Not violence but love expedited the process. The Grand Duke of Lithuania married the King of Poland, in a famous gender-bending ceremony. The latter was a teenage girl who had been crowned King to indicate that the Polish throne was occupied; to signal that the Poles rejected the pagan German Salic law which disinherited women (in Poland all children received inheritance); and, eventually, to make a personal union with Lithuania an equal one between sovereigns.  A personal union between the realms ensued.

By then, the pre-Christian Slavic institution of the wiec (assembly) had evolved into local dietines and, eventually, the national Diet (Sejm). The latter worked with the Senate which originated in the ducal/royal council that had split to create the upper house of the parliament and the executive branch of the government, the Royal Chancellery. Thus, the division of power emerged in an early modern version of the system of checks and balances. This was considered the most desirable outcome for a republic as reflected in Wawrzyniec Grzymała Gąślicki’s De Optimo Senatore (Illustrious Senator, 1568).

In 1569, a personal union yielded to a federation. The Commonwealth of Poland-Lithuania was born. But it was firmly grounded in many Polish legal arrangements that had been gradually transplanted to the Grand Duchy. Those included, most notably, the rights accruing from:

Liberty inevitably degenerates into license. From the second half of the 17th century, the Commonwealth progressively declined as civic participation slackened and a general rot set in. Corruption became rampant, along with voter fraud. The Parliament experienced a state of near permanent paralysis. A process similar to the death throes of ancient Rome occurred. Instead of barbarians, however, Poland was attacked by its absolutist and autocratic neighbors: Russia, Prussia, and Austria. The predators partitioned the Commonwealth in 1772, 1793, and 1795. Poland disappeared from the map.

The Poles, however, refused to vanish from history. “Poland has not perished yet so long as we live,” promises the first stanza of the national anthem. The objective was to restore the Polish state. From the end of the 18th century, the Poles fought in every possible war of liberation and in several national uprisings. They involved themselves in numerous conspiracies. In between, they also devoted themselves to so-called “organic work” to improve the partitioned country’s economy, education, and culture.

Culture proved an important weapon of endurance of the Polish dream. So did the collective memories of freedom in the Old Commonwealth. The Poles persevered. Their nation’s resurrection came in 1918, but it had to be defended in a series of border conflicts with all neighbors, including the Polish-Bolshevik War of 1920, the only time in history the Red Army was trounced on the battlefield and sued for peace. Yet, the rebirth of the Polish state was an imperfect resurrection. Even though the Polish elites were multiethnic and unicultural, the Polish people were homogenous: only ethnic Poles among the commoners were interested in a free Poland. Other component parts of the Old Commonwealth, the Ukrainians, Belarusians, Lithuanians, and Jews, went their own way, embracing integral nationalism and separatism.

The Polish experience with freedom was all too brief, a mere twenty years. The apocalypse came in 1939 when the Nazis and Soviets jointly attacked Poland. The Poles took on two enemies, but they were soon overwhelmed. Poland’s peoples were targeted for imprisonment, deportations, forced labor, and mass murder. The “ordinary terror” targeting the Polish Christian elites soon metastasized to engulf the common people. At first, Hitler and Stalin competed jointly for the palm of the most ruthless. Eventually, from mid-1941, the Germans emerged as chief perpetrators. They also unleashed the Holocaust which consumed almost all Jews of Poland.

Tragically, the Second World War failed to end in freedom for the Poles. Between 1944 and 1993, their country remained under the Soviet occupation. They recovered their sovereignty only when the last Red Army trooper left Polish soil.

We inherit from our ancestors not only property, but also liberty that is in the Polish DNA. That is why, incidentally, I feel so comfortable as an American of Polish roots. At my new home for almost 40 years, I had to change nothing as far as my allegiance to freedom. That has been stuck with me genetically – it turns out – for 5,000 years.

Thank you very much.