The Margaret Thatcher Scholarship was established at IWP in 2021 by Philip and Susanna Rice.

This $10,000 per year scholarship is a part of IWP’s Great Statesman Scholarships program. 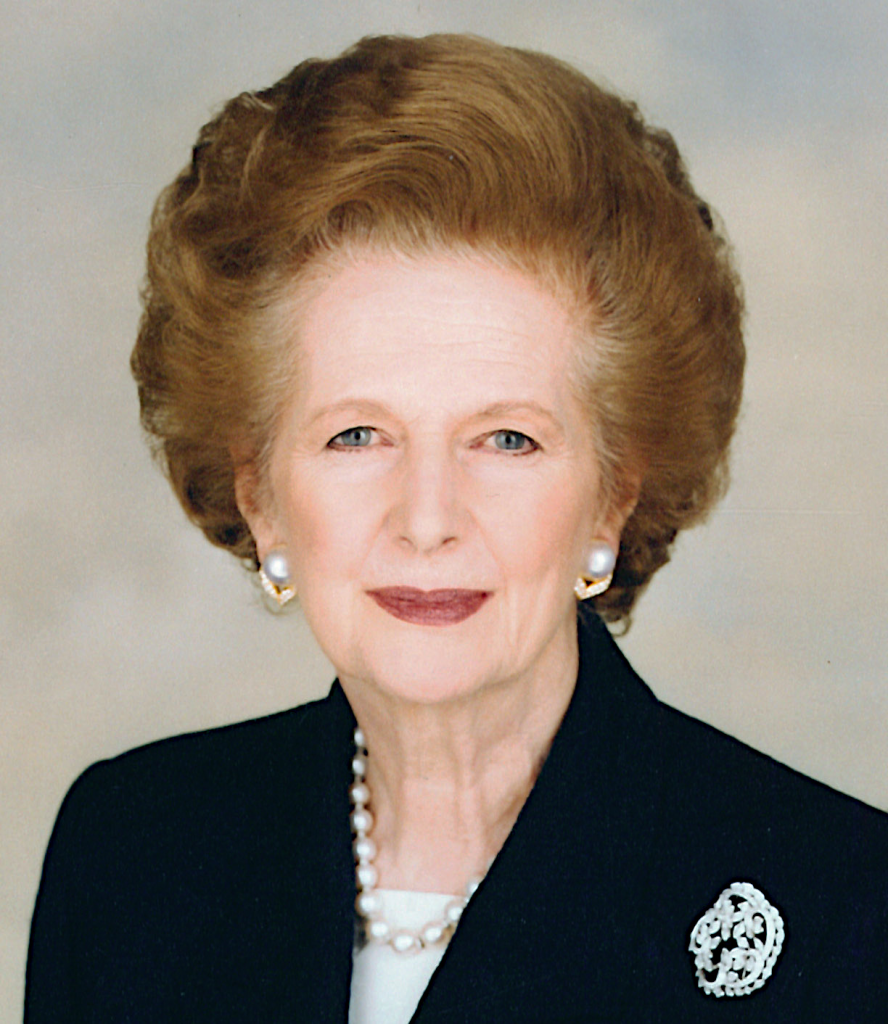 Margaret Thatcher’s political career was nothing if not ground-breaking. She was the first female Prime Minister (P.M.) of the United Kingdom, the only P.M. in the 20th century to win three consecutive terms, and the first (and for two decades) woman to lead a major Western democracy. One of the founders of modern conservative politics, her work helped decrease the power of unions, privatize and reinvigorate the economy, oppose Communism, and change the terms of the contemporary political debate. Thatcher was one of the most dedicated, candid, respected, and influential leaders of the 20th century.

Margaret Thatcher, with energy and grit, reformed Britain’s institutions, revived its economy, and fortified its foreign policy. Her courageous diplomacy helped win the Cold War. She reshaped politics and strengthened political and economic freedom in both the United Kingdom and across the globe for generations to come.

Mrs. Thatcher was born to Beatrice and Alfred Roberts on October 13, 1925, in the small town of Grantham in eastern England. Her parents were shopkeepers and devout Methodists, and her father was also a local politician. She attended a local state school and matriculated at Oxford in 1943 to study chemistry at Somerville College. While at Oxford, she involved herself in the campus political scene, and, in 1946, was elected one of the first woman presidents of the school’s student Conservative Association.

After her graduation from Oxford in 1947, she worked as a research chemist and, after passing the bar exam in 1954, as a barrister, specializing in tax law.  Her true calling, however, was politics.

Mrs. Thatcher was elected to the House of Commons in 1959 and steadily rose through the ranks of the Conservative Party to serve as a parliamentary secretary in the Ministry of Pensions and National Insurance, chief opposition spokesperson on education, and secretary of state for education and science. In February 1975, she defeated Edward Heath to become the leader of the Conservative Party, and, in 1979, she became the first woman Prime Minister of the United Kingdom.

In one of the most ambitious and controversial platforms ever pursued by a British administration, she also reformed the education system, implemented a new tax system for local government, and refined national healthcare policy.

In the international realm, Mrs. Thatcher pursued a policy of stout resistance to Communism. She was a strong supporter of the North Atlantic Treaty Organization (NATO) and Britain’s independent nuclear deterrent. Her decisiveness in taking military action when Argentina invaded the Falkland Islands in 1982 ensured a quick victory for Britain and strengthened the credibility of British deterrence.  It was a key milestone in her record of robust and independent foreign policy actions during the rest of the decade.

Mrs. Thatcher played an instrumental role in winning the Cold War. She became President Ronald Reagan’s closest international partner and worked closely with him to strengthen the Western alliance against the Soviets, which earned her the nickname the “Iron Lady.” She remained committed and vocal in her anti-Communist views, yet her skillful personal diplomacy with President Reagan and Soviet leader Michael Gorbachev facilitated the Reagan efforts to increase Soviet dependence on the West, which, in turn, prevented the Kremlin from cracking down harshly on internal dissent — conditions that contributed to the ultimate collapse of the Soviet empire.  Her policy of engagement helped bring about a peaceful end to the Cold War and the break-up of the Soviet empire in the following years.

Partly due to differences of opinion between Mrs. Thatcher and her party over the European Union, she officially stepped down as Prime Minister on November 28, 1990.

Mrs. Thatcher remained active in politics and public life after leaving office. She was named Baroness and entered the House of Lords in 1992 and for the next decade toured the world as a lecturer. She published three books, the memoirs The Downing Street Years (1993), The Path to Power (1995), and a reflection on international politics entitled Statecraft (2002). Additionally, she established the Thatcher Foundation to support political and economic freedom. In 1995, Queen Elizabeth II added her to the Order of the Garter – the highest British chivalric honor for women. After several small strokes, Thatcher announced in 2002 that she was retiring from her public career. She died on April 8, 2013.

Lady Thatcher’s leadership and legacy continue to shape British and international political thought. Her passionate commitment to the cause of freedom and the defense of the West, her patriotism, and her path-breaking record of positive achievements both domestic and international, demonstrate what it means to be a Great Stateswoman.

Veronika Prochko was the first recipient of the Margaret Thatcher Scholarship in 2021.