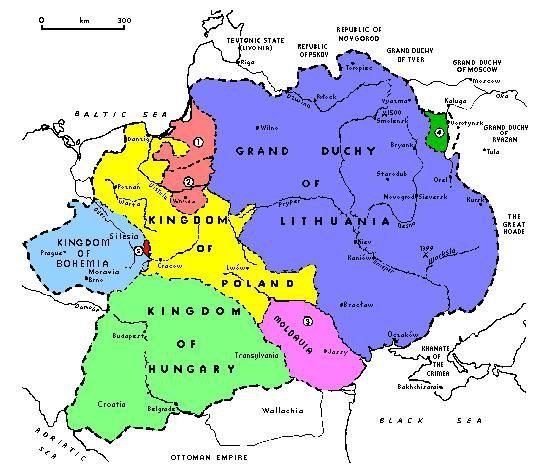 On September 7, 2011, Dr. Marek Jan Chodakiewicz, Professor of History and the current holder of the Kościuszko Chair in Polish Studies at IWP, delivered a lecture seeking to answer the question “What is the Intermarium? Geography and Destiny.”

Prof. Chodakiewicz addressed the divide between “East” and “West” which runs through East-Central Europe, explaining that the dichotomy is first and foremost metaphysical, rather than geographic or economic. Primarily, Prof. Chodakiewicz clarifies: “For us ‘the West’ consists of the sphere of freedom; ‘the East’ denotes the opposite… Nations which adhere to Western Christianity tend to display characteristics more amicable to freedom than people who follow Eastern Orthodoxy or Islam.”

In this context, the Intermarium – i.e. the region between the Adriatic, Baltic, and Black Seas – may be defined as the eastern borderlands of the West. This geopolitical and cultural conception has rarely translated into unity under the reign of an indigenous power. The greatest such unity was achieved around the year 1500, under the scepter of the Polish-Lithuanian Jagiellonian Dynasty, which ruled the kingdoms of Bohemia, Hungary, and Poland, as well as the Grand Duchy of Lithuania.

The Polish-Lithuanian state at the core of the Jagiellonian System was the product of a personal union between the Kingdom of Poland and the Grand Duchy of Lithuania in 1386, which was further cemented by the Union of Lublin in 1569, whereby the dual monarchy was transformed into the Polish-Lithuanian Commonwealth. This polity dominated the northern Intermarium whilst influencing its southern half for approximately four centuries: until the Commonwealth’s partitioning and destruction at the hands of Prussia, Austria, and Russia during the late eighteenth century. Yet, the legacy of the Rzeczpospolita continues to exert a posthumous influence in East-Central Europe. Particularly the Poles view themselves as its most legitimate heirs whilst the Russians and the Germans fear its rebirth as a rival geopolitical paradigm.

The Commonwealth, as Prof. Chodakiewicz demonstrated, was the freest society in the world until the rise of the United States of America. Well before the drafting of the American Constitution, the Rzeczpospolita’s system embraced such concepts as: property rights for women; no taxation without representation (nihil novi); habeas corpus (neminem captivabimus); and, last but not least, religious freedom (Confederation of Warsaw, 1574). This state contrasts sharply with the situation in adjacent Muscovy or the Ottoman Empire, whose subjects had no rights, and in the increasingly absolutist monarchies of Western Europe, whose subjects’ liberties were significantly curtailed. Alas, abuses of freedom eventually weakened the Commonwealth from within, inviting conquest from without. 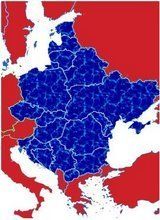 Following the collapse of the German, Austro-Hungarian, and Russian Empires in the very wake of the First World War, and the ensuing resurrection of an independent Poland, conceptions of unifying the Intermarium into an indigenous and autonomous geopolitical bloc resurfaced. Ultimately, all of them failed – primarily as a result of sabotage on the part of the project’s principal enemies – Moscow and Berlin. They also crashed on the cliffs of the conflicting interests of the multiple Intermarium states, driven mainly, but not exclusively, by narrow, folkish ethnonationalism. All of these factors, coupled with post-communist pathologies, continue to derail the most recent attempts to unify the Intermarium, such as the Višegrad Group and the foreign policy of Poland’s late President, Lech Kaczyński. Nevertheless, the lessons of history are clear: a power vacuum in the Intermarium invites neighboring hegemons to fill it, which ultimately generates conflicts between them.

The multiple problems plaguing the Intermarium are often a cause for irritation in the West, which generally leads to neglect. Yet, the West in general, and the United States in particular, cannot afford simply to ignore this region, argues Prof. Chodakiewicz. After all, both world wars originated in the Intermarium and over the Intermarium. Thus, crucial – yet currently lacking – American leadership supporting native efforts on behalf of Intermarium unity offers the best recipe for stability, freedom, and prosperity in the region.

“What is the Intermarium? Geography and Destiny,” Dr. Marek Chodakiewicz