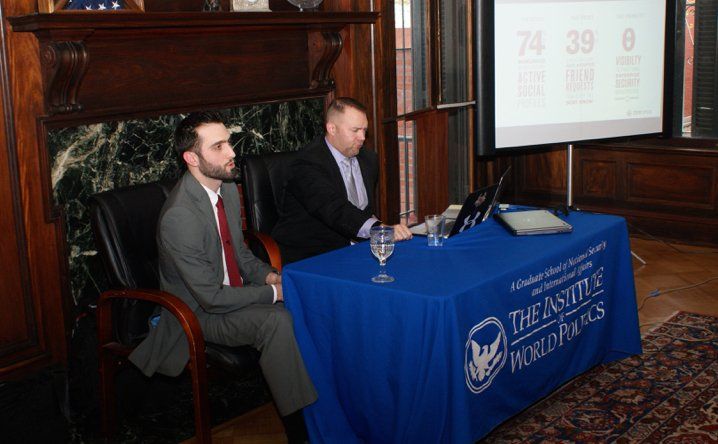 On Thursday, April 16, CW Walker, IWP Class of 2015 and Cyber Analyst at ZeroFOX, and Chis Cullison, ZeroFOX CTO, discussed new and emerging threats to enterprises and governments carried out on social media.

During the presentation, the speakers highlighted the dangers of cyber attacks launched on social media.  ZeroFOX representatives noted that social media is outside of an organization’s firewalls, meaning a network can be compromised even with many security protections in place. In fact, 20-40% of cyber attacks are perpetrated via social media. For more information, see the most recent ZeroFOX infographic.

Mr. Walker and Mr. Cullison also reviewed tactics that the Islamic State has been using to recruit online via social media, including population manipulation and propaganda. Mr. Walker noted that ISIS uses tactics similar to those used in the Cold War – a topic that he has studied in his IWP classes.  These tactics, whether used online or offline, can be effective in persuading people to join a cause or to believe something to be true.  More information on ISIS tactics can be found here.

This event was sponsored by IWP Career Services.