Air Marshal M. Matheswaran began the panel by speaking on the need for greater U.S. cooperation with India because of its size and future economic heft, both of which could function as a counter-weight to China’s own power. He cautioned, however, that while India is looking for a partnership with the U.S., it will remain firm on two imperatives. The first imperative is for India to prioritize learning about the advanced technology it consumes to manufacture it domestically. In this model, the real value to a partnership with American defense companies is the opportunity for India to relocate American technology capabilities to India’s soil for use by its domestic firms’ own innovation and production. The second precept the Air Marshal suggested is that India will remain wedded to no external interest but its own. Regardless of American aspirations for world order in the Indo-Pacific, India cannot guarantee that it will operate strictly in concord with current or future U.S. goals. 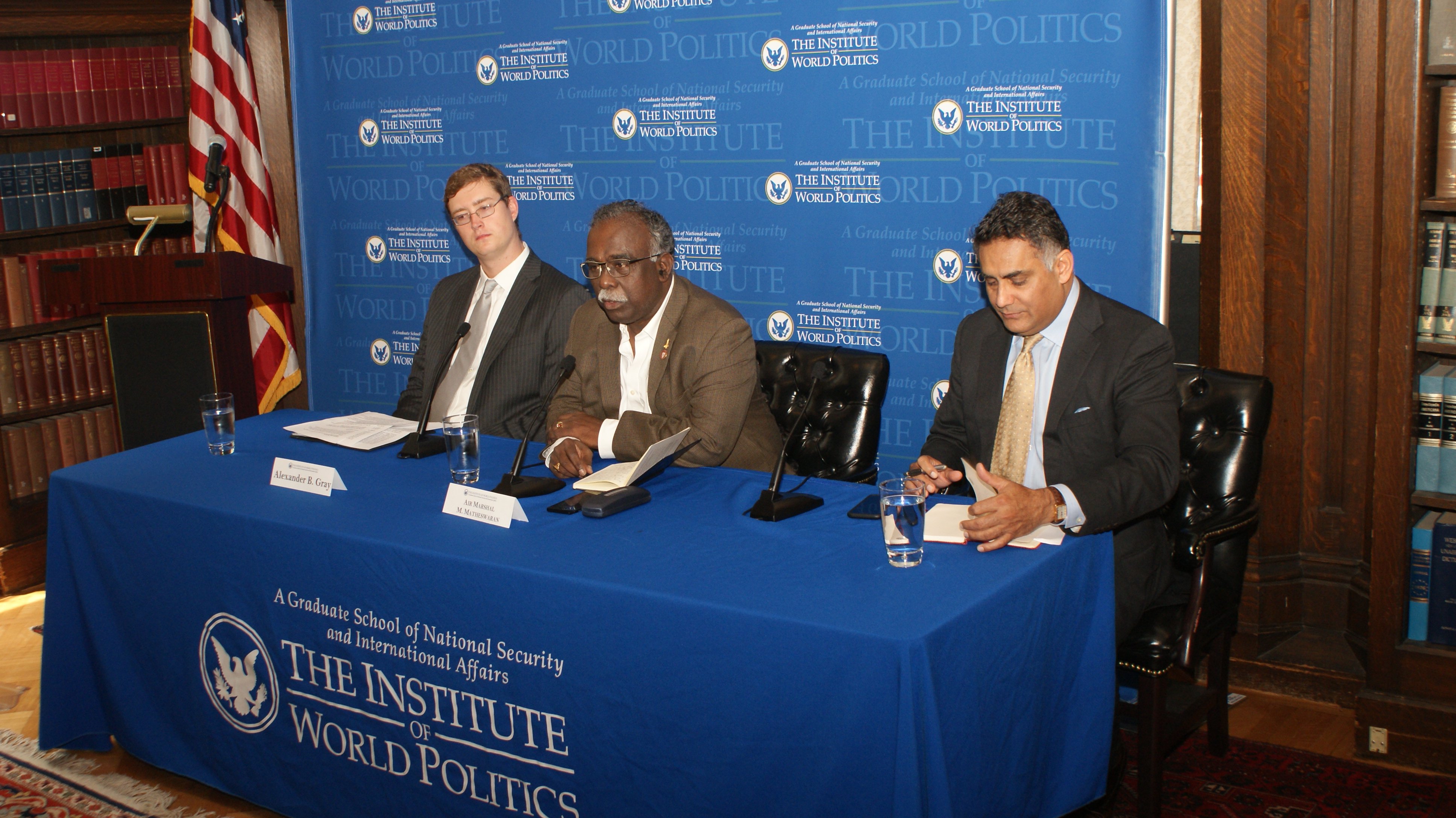 Mr. Gray enthusiastically endorsed a strategic partnership between the United States and India as an opportunity to counterbalance China. He highlighted the importance of broadening the audience’s conceptual and strategic map of a new kind of Great Game in geopolitics: the Sino-U.S. rift. Americans, Mr. Gray argued, need to take both a long view as well as a broad one to a competition with China. This new strategic map does not merely stretch the breadth of ocean between Taiwan and the mainland of China, but across the entire globe: to the Indian Ocean, the Hawaiian Islands, and even the Mediterranean. India plays a role in this global game, specifically, in how it can evolve to establish itself as a guarantor of security in the Indian Ocean, in concert with U.S. interests. The need is imminent, Mr. Gray argued, and empowering India is a logical and consistent step in pursuance of U.S. foreign policy objectives.