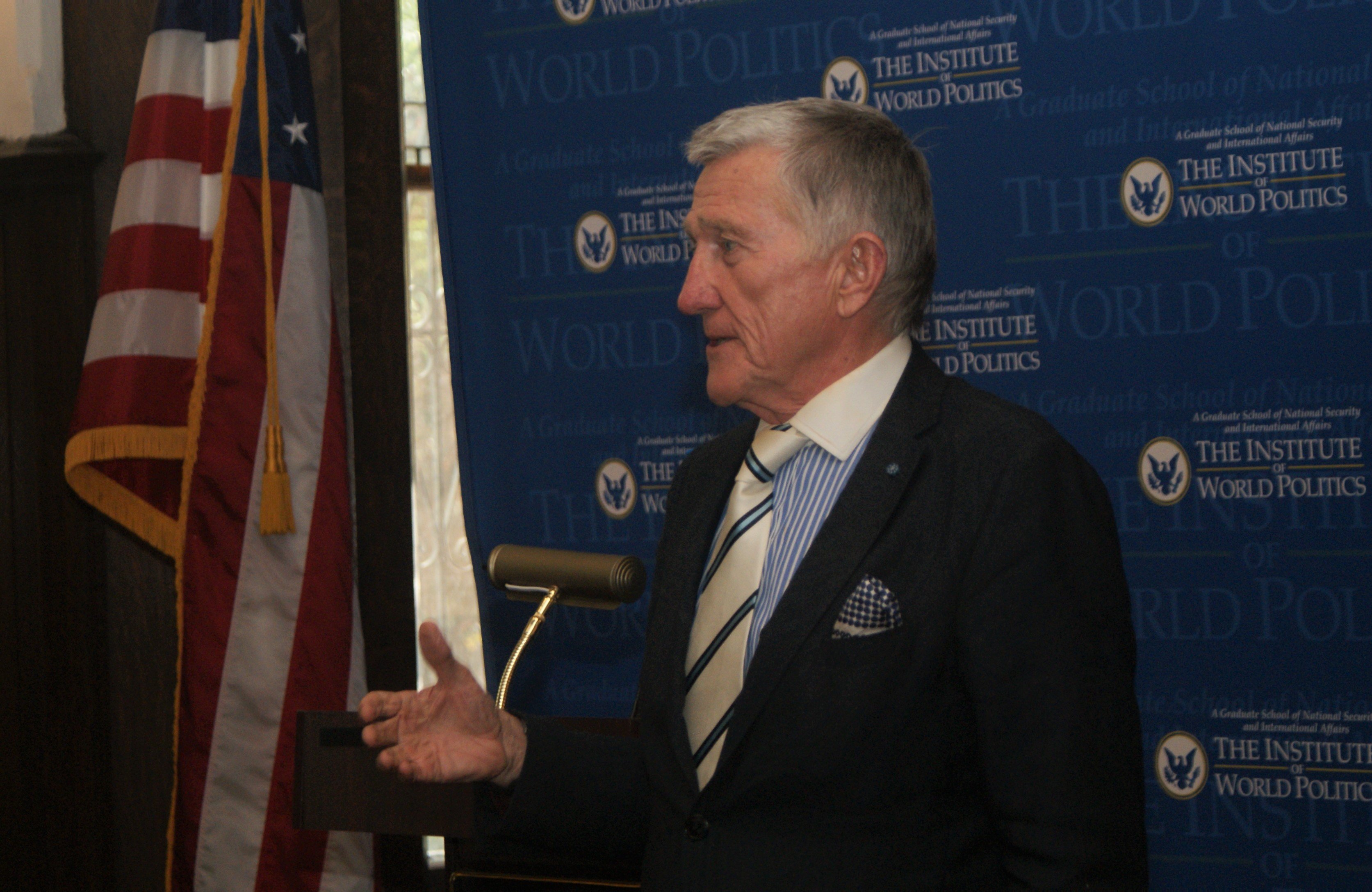 The book focuses on the Cold War and the Navy’s contribution to the victory of the United States using recently declassified documents. It covers President Ronald Reagan’s strategy to build up the strength of the U.S. Navy with the help of experienced naval planners, including Secretary Lehman.  The Soviets bankrupted themselves trying to keep up with the U.S., ultimately leading the fall of the Soviet Union.

A video of his remarks may be found below.