On Wednesday, April 6, 2011, IWP President John Lenczowski and Research Fellow Amir Fakhravar testified before the Oversight and Investigations Subcommittee of the House Foreign Affairs Committee on the question of, “Is America’s Overseas Broadcasting Undermining our National Interest and the Fight Against Tyrannical Regimes?”

Dr. Lenczowski emphasized the importance of international broadcasting as an instrument of U.S. foreign and national security policy, particularly in an age in which certain countries have the capability and the will to censor the internet and social media.  He described that such broadcasts, whether received over the radio or the internet, can create enormous hope in oppressed populations.  He also explained the ways in which this sort of public diplomacy would be strategically helpful in current situations abroad, and outlined specific recommendations for U.S. public diplomacy and broadcasting strategy, including a reorganization of U.S. international broadcasting.

Mr. Fakhravar, who was testifying on behalf of the Confederation of Iranian Students, described his arrest in Iran for speaking out against the Iranian regime, the relief he felt when he heard news from Voice of America that was not manufactured by the regime, and his surprise at hearing anti-American sentiments broadcasted on VOA.

Dr. Lenczowski answered questions about American broadcasts in the Soviet Union and their role in creating an incentive to organize resistance movements, as well as the importance of presidential statements in telling the truths about oppressive regimes.  He emphasized that these broadcasts are also a very cost effective element of foreign policy.

Mr. Fakhravar answered questions about the current attitude of the Iranian people towards America.  He also described the importance of having oversight of U.S. international broadcasting to make sure that it is promoting freedom and democracy, and recommended that employees of these services have background checks. 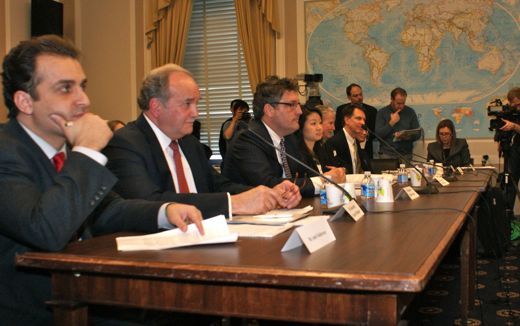 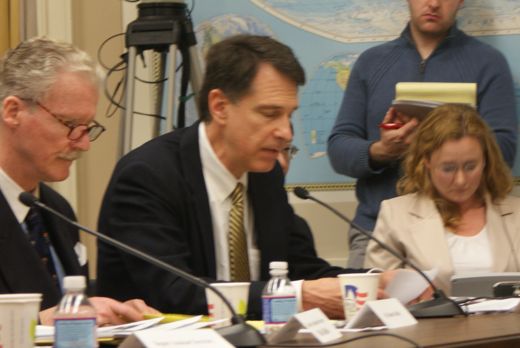