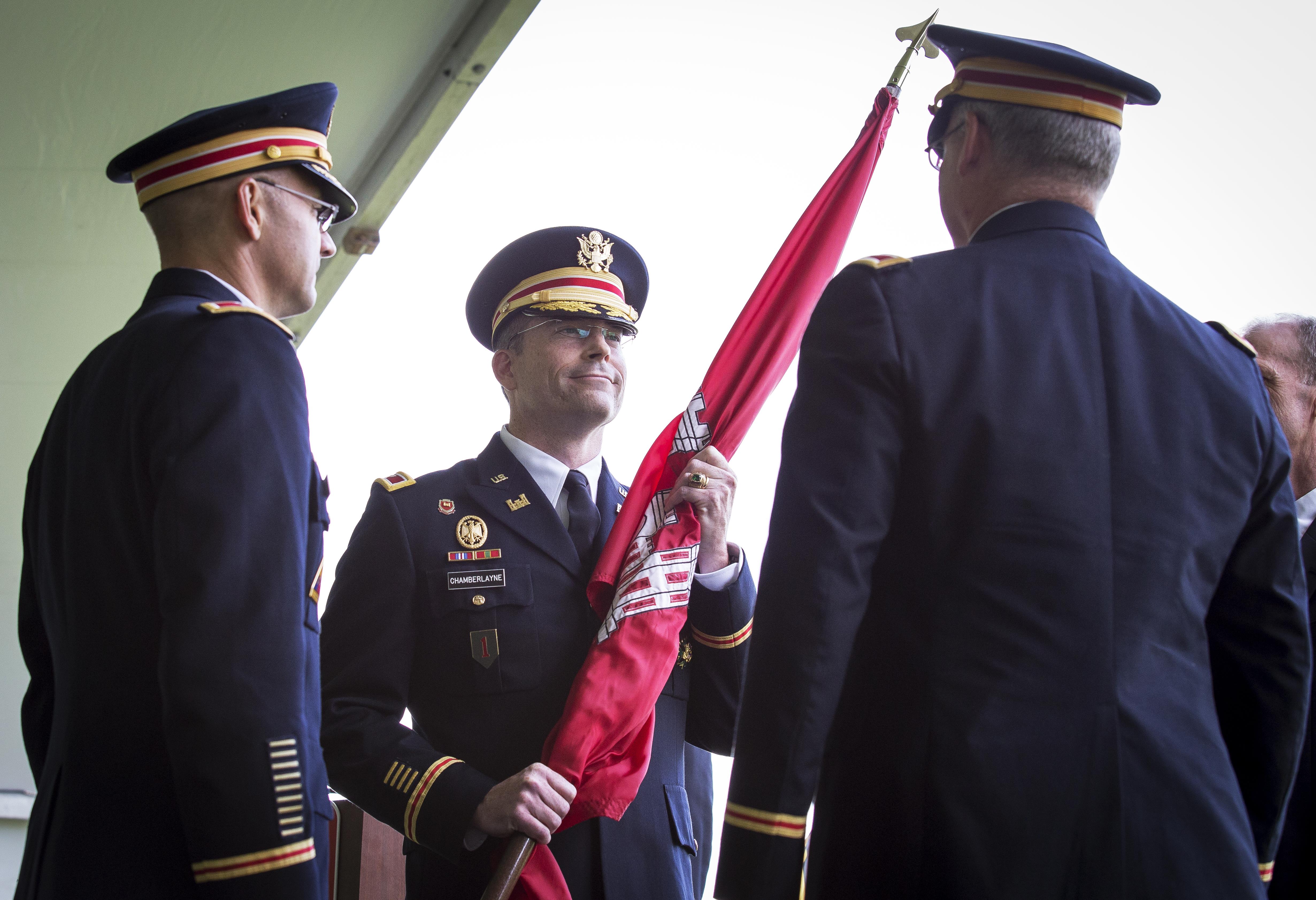 2014-15 IWP Army War College Fellow Colonel Edward P. Chamberlayne was appointed 67th Commander of the Baltimore District of the U.S. Army Corps of Engineers on July 17th, 2015. COL Chamberlayne will now manage approximately 1,100 workers as they provide engineering and engineering-related services to both the public, private and military sectors in a district that stretches from Northern Virginia to Central-Western New York.

A graduate of the highly regarded Virginia Polytechnic Institute, COL Chamberlayne received his commission into the Corps of Engineers in August of 1993. In his 22 years of military service, COL Chamberlayne has deployed several times in support of operations in Bosnia-Herzegovina, Iraq, Kuwait and Afghanistan. From 2011 to 2013, he served as Commander and District Engineer of the Charleston District of the U.S. Army Corps of Engineers and for his service received the Order of the Palmetto from Governor Nikki Haley in 2013.

While at IWP, COL Chamberlayne completed research for the Army which earned him the AWC Foundation MG Harold J. Greene Memorial Writing Award for the paper he wrote while at the Institute.

Photo by Jhi Scott, courtesy of US Army.