Former Secretary of the Air Force and Former Director of the National Reconnaissance Office, Thomas C. Reed, spoke at The Institute of World Politics on Tuesday, February 9. He discussed global security, the history of nuclear weapons, and the current U.S. relationship with Iran.

Mr. Reed started his talk by walking his audience through the history of world nuclear proliferation. One of the points that he emphasized in the course of his discussion was how delicate nuclear weapons are. In his own words: “Nuclear weapons are not a rock that you can put in your garage.” There are complex, recurrent processes associated with properly maintaining a nuclear weapon, without which an effective detonation cannot occur. The implications of this fact were apparent to his audience, with one gentleman asking whether insufficient maintenance was a concern for America’s own nuclear weapons stockpile. Mr. Reed answered that this was a valid concern, adding that he would prefer to see lower energy yields on each weapon in exchange for a longer shelf life to each. 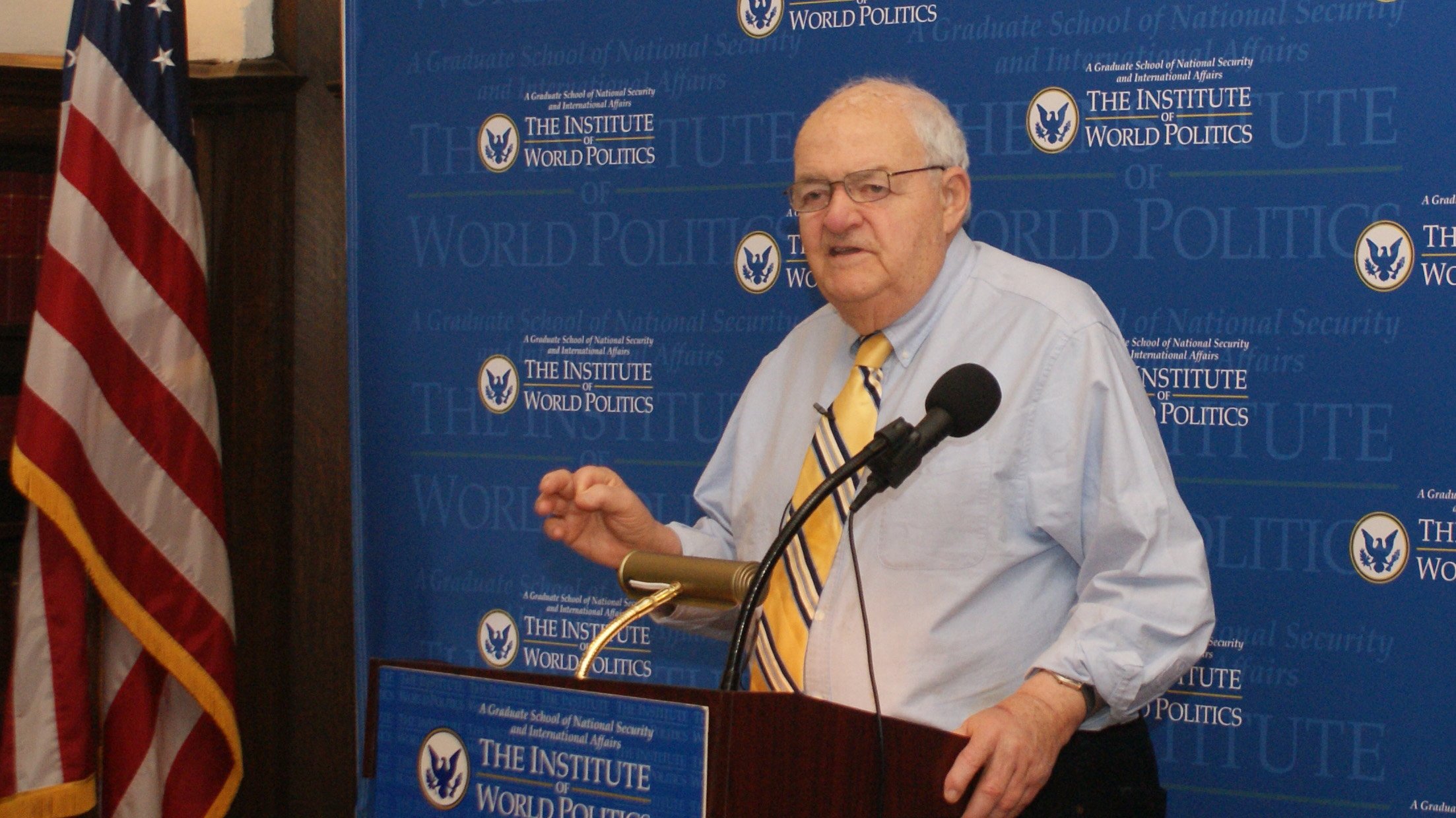 Of greatest concern to him, however, is the fundamental shift in calculation he believes nuclear weapons engender on the part of their possessors-especially when, in such cases as Iran, North Korea, and Pakistan-the stability of such powers cannot be guaranteed. As Mr. Reed argued, not only are aspirants to the nuclear club themselves often unstable and unpredictable, but by their efforts, they often encourage others who are even more unstable to enter into the nuclear game.

Mr. Reed illustrated this chain reaction in the context of the Middle East: a nuclear Iran could easily prompt the Saudis to develop their own capabilities-a process which Mr. Reed said is all the easier given the Saudis’ close relationship with Pakistan, whose nuclear missile technology could easily be exported.

In summary, Mr. Reed’s lecture sought to articulate the delicate, variable, and by no means unlikely scenarios which the world could find itself facing in the immediate, mid- or long-term future. His lecture touched on the subject and thesis of his book, which was released in 2014, The Nuclear Express: A Political History of the Bomb and Its Proliferation, co-authored by Danny Stillman, a former chief of technical intelligence at Los Alamos.