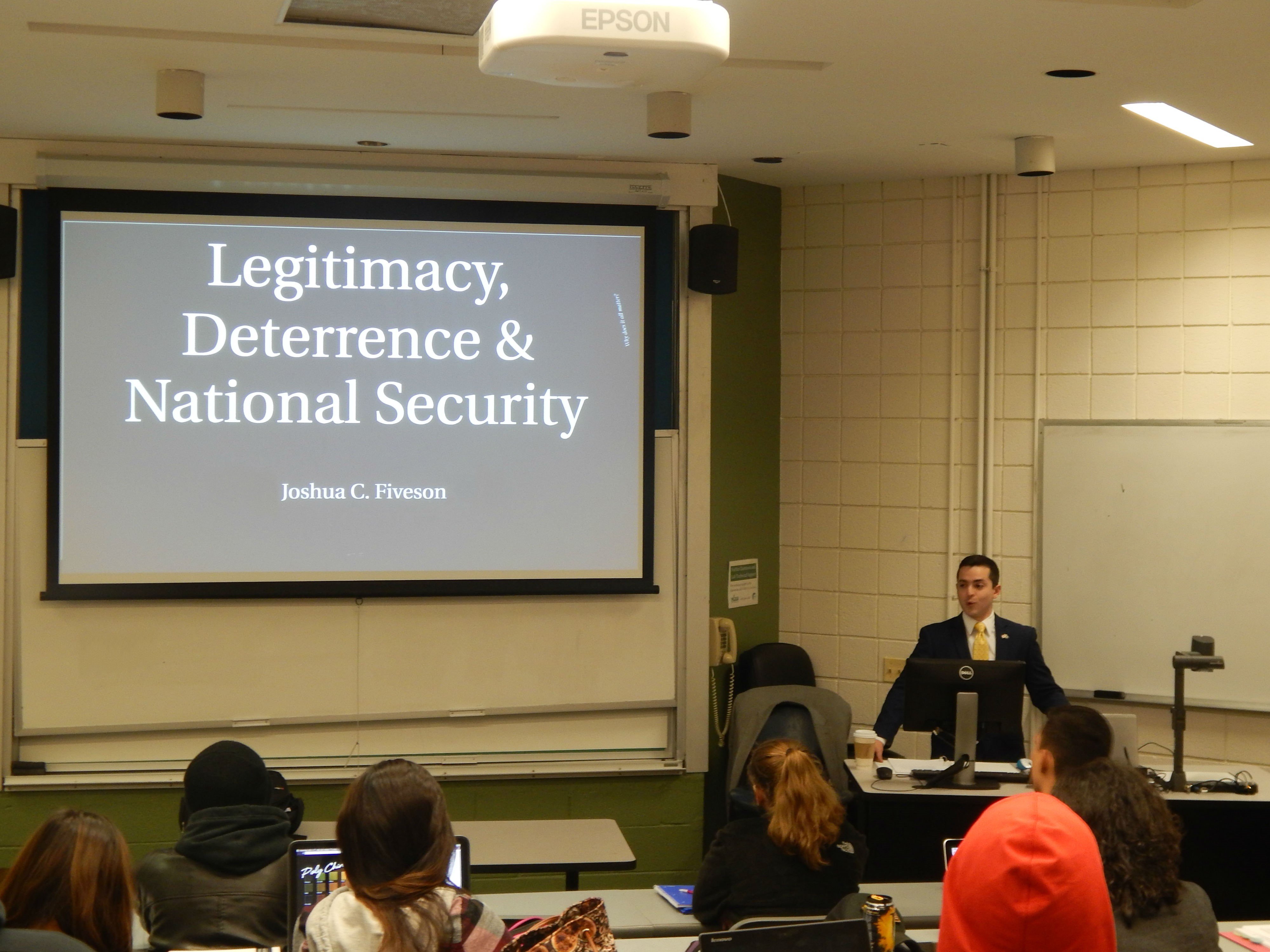 IWP’s inaugural Navy Fellow, Joshua C. Fiveson, recently gave a lecture at George Mason University on the topic of “Legitimacy, Deterrence, and National Security.” Fiveson, who is currently an Attorney Advisor at the U.S. Court of Appeals for the Armed Forces, discussed what he calls “Panopticistic” national security policies — that is, areas of U.S. policy that can be said to draw from Jeremy Bentham’s famed thought experiment, the Panopticon Prison.

Fiveson’s presentation came just hours after the tragic bombing in Brussels and provided a valuable opportunity for local students to engage with the fundamentally difficult questions of law and strategy that plague U.S. counter-terrorism policies, both at home and abroad.

“The questions in this context are relatively simple,” Fiveson said. “Most tend to center around ‘what can we do,’ but there is something far more fundamental that must be considered. We have to think about what works. This isn’t simply a question of how far we can erode the enemy’s roster in a given campaign or how many leaders we can snatch up in a targeted operation. This is a question of legitimacy, plain and simple.”

“And it is pretty clear at this point that our whack-a-mole approach just isn’t working,” Fiveson went on. “Without considering the legitimacy of our practices — the very ethos of how we fight this war — we end up fueling the very flames that we are trying to extinguish.”

In the coming months, Fiveson will expand on the preliminary research he discussed with GMU students and is scheduled to give a more in-depth lecture at the IWP before he goes on active duty with the U.S. Navy JAG Corps. Currently, Fiveson is helping to develop the IWP’s flagship publication, The Journal of Foreign Policy and Modern Warfare, which is scheduled to launch next year.