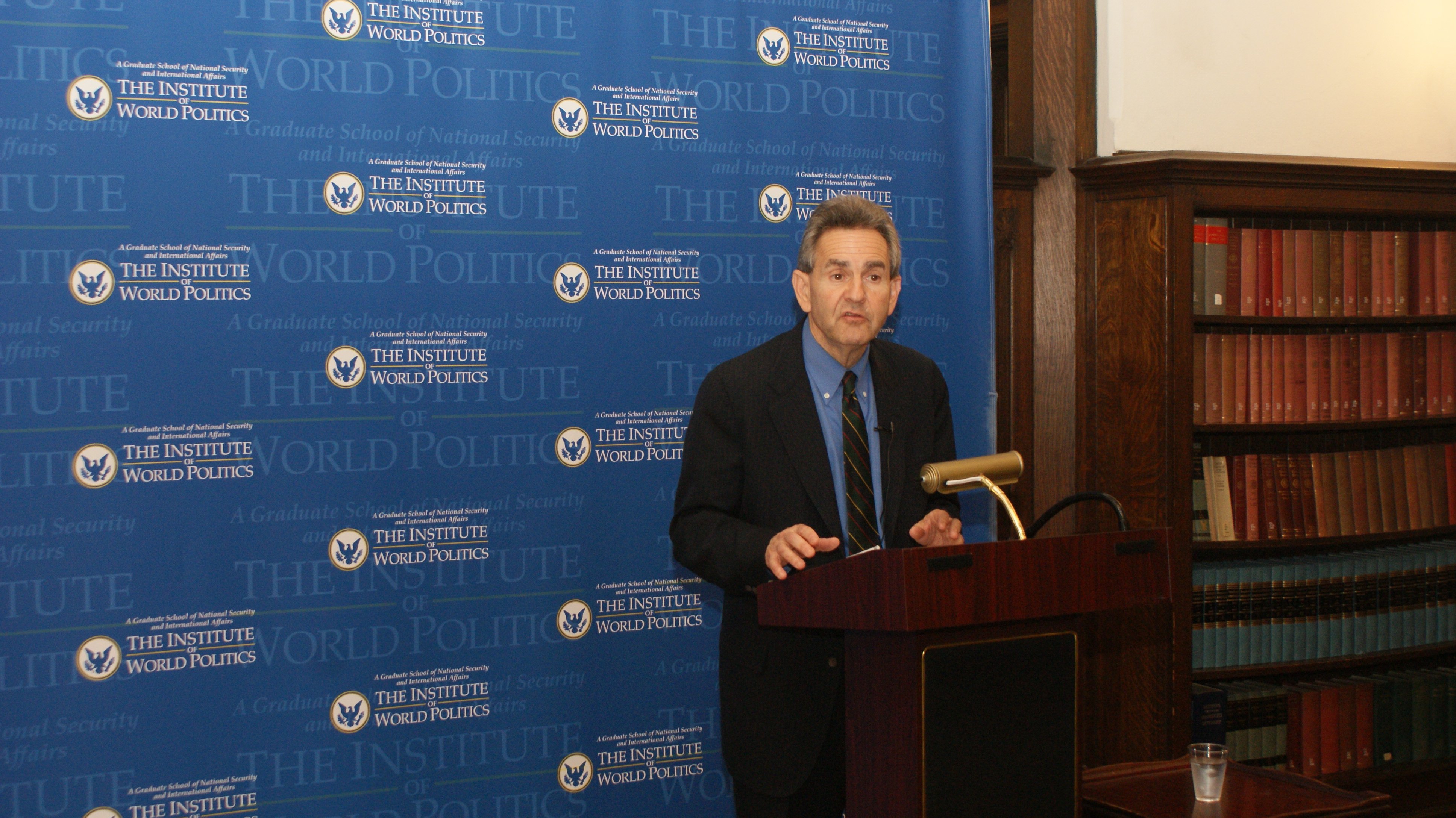 Dr. Kaufman asserted that while President Obama’s strategies have been articulated in a clear and consistent manner, they have failed to safeguard the United States’ role as a superpower. Thus, these strategies have compromised the spread of democracy and inadequately addressed threats to three main geopolitical regions of the world: Europe, Middle-East, and East Asia.

Dr. Kaufman claims that at the heart of the Obama Doctrine lies a faulty belief that the primary threat to the United States is the US’ own power rather than external threats. Consequently, he maintains, President Obama has relied too heavily on established international institutions like the UN to dictate US decision-making. In turn, Dr. Kaufman argued that this stance has led to the devolution of American Power and to the unbridled growth of hegemons and authoritarian regimes. Dr. Kaufman’s argument suggests that Obama’s premature withdrawal from Iraq and strategy of inaction facilitated the expansion of ISIS, the unwieldy Iran Nuclear Deal, regional instability in the Middle-East, and the mishandling of Syria.

Drawing upon his knowledge of geopolitics, historical perspectives, and international relations theories, Dr. Kaufman casts doubt on the soundness of the Obama Doctrine and suggests an alternative foreign policy strategy of his own. He calls this plan “neo Reaganism adapted to the conditions of the 21st century”.

Dr. Kaufman’s theory posited that the US will find greatest success if it embraces American Exceptionalism, carefully distinguishes democratic allies from rogue regimes, and promptly suppresses threats to America. Dr. Kaufman concludes that in doing this, the US would re-establish itself as the preeminent military power that is able to maintain international order.

Robert G. Kaufman is professor of public policy at Pepperdine University. He is the author of Henry M. Jackson: A Life in Politics (Washington) and In Defense of the Bush Doctrine (UPK).