On Wednesday, June 29, Dr. Charles Snyder presented his lecture, “Congo Crisis: Getting to Good Elections in a Bad Neighborhood” at The Institute of World Politics.

In this discussion, Dr. Snyder first highlighted why the Democratic Republic of Congo is of great consequence. These reasons include its large geographical and population size, proclivity for involvement in proxy wars, abundance of natural resources, and its complicated past. Most importantly, Dr. Snyder remarked on the country’s enormous potential to be an economic powerhouse and a major continental influence. 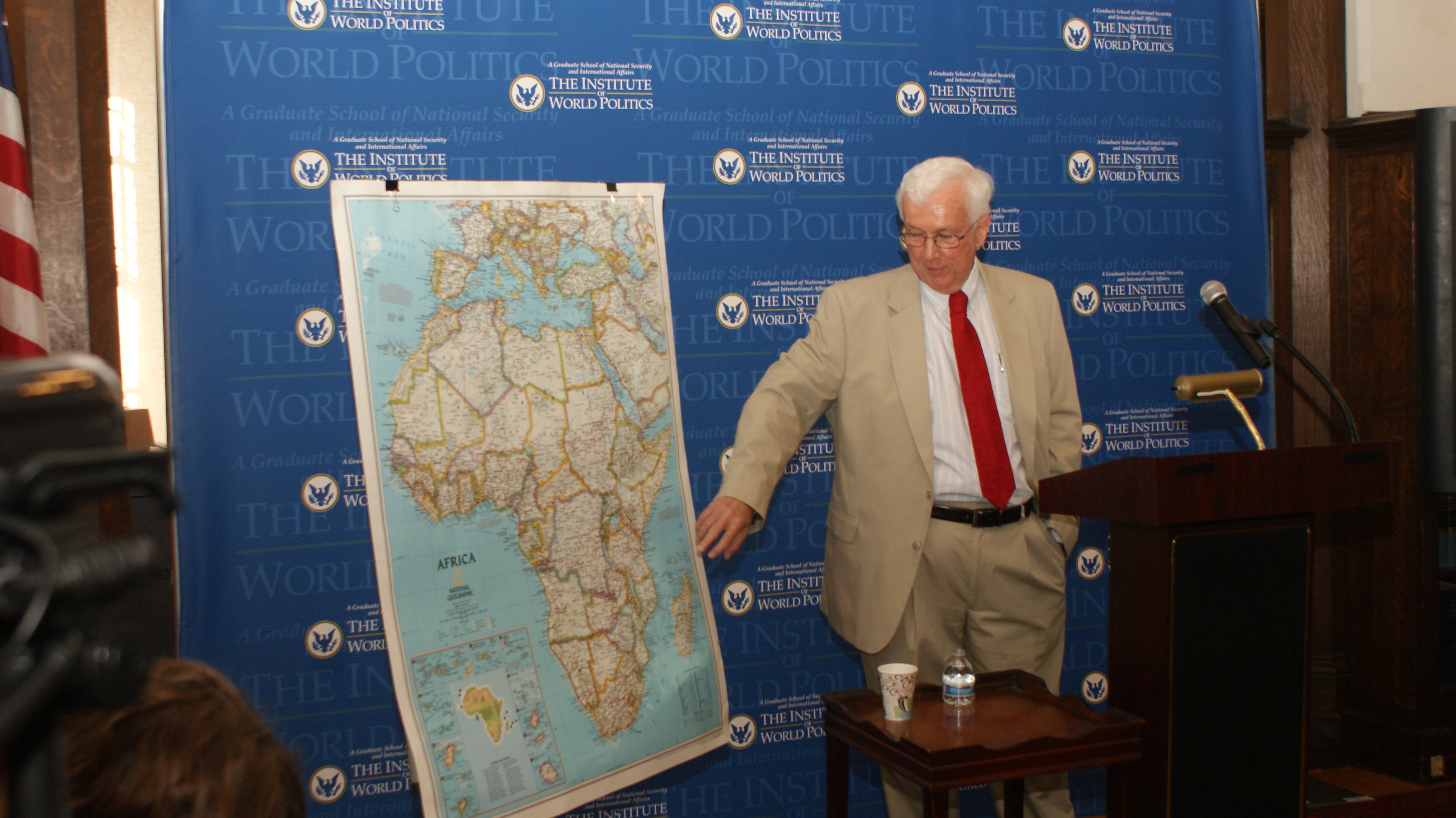 The DRC, which Dr. Snyder described as the heart of Africa, neighbors nine other countries, thus positioning it at the “crossroads of Africa’s failing democratization and development.” Dr. Snyder claimed that success in the DRC would trigger prosperity across Africa and serve as a reminder to the continent that real security is possible.

Dr. Snyder chronicled the history of Congolese development, explaining the UN’s original efforts in stabilizing the country and the subsequent series of weak governments that lead to the 1965 takeover by the cruel and corrupt dictator, Mobutu Sese Seko. In Sese Seko’s thirty-two year tenure, he crippled the region by providing sanctuary for the region’s enemies, committing and condoning various acts of government corruption, and treating the Congolese people with absolute disregard.

In addition, Dr. Snyder paid close attention to Rwanda’s impact on the DRC; he cited the aftermath of the 1995 Rwandan Genocide as deeply problematic for the DRC, as an influx of fleeing refugees and perusing Hutu assailants crossed the border into the DRC. Dr. Snyder also noted the implications of President James Kagame’s actions in the region and the aversive legacy he left behind. All of this gave way to the “Second Congo War” which was launched against President Kabila.

Dr. Snyder outlined the complex history of the DRC to allow him to explain fully the implications of the country’s elections and to emphasize the need for them to be peaceful and succinct. Dr. Snyder ultimately promoted the idea that the electoral process should be guided by Africans. He also remarked that selective assistance from and sanctions imposed by the UN and the US can help facilitate the logistics of a timely and credible election. Should President Kabila’s departure and the new election run smoothly, it will not only be a huge success for Africa, but a uniquely peaceful transition of power for the DRC.