The trustees, faculty, staff, and students of IWP are pleased to welcome Peter Brinckerhoff and General Raymond T. Odierno as trustees of the school. Mr. Brinckerhoff, a longtime investment advisor, and General Odierno, who served as 38th Chief of Staff of the United States Army, join a highly-qualified Board of Trustees that includes former senior officials, diplomats, and leaders of the armed forces.

Mr. Brinckerhoff spent many years as an investment banker in New York with Merrill Lynch, PaineWebber, and Donaldson, Lufkin & Jenrette.  He has served on the boards of several public and private corporations.  His non-profit volunteer work has included service on the Fisher’s Island Community Board.  He has been particularly active with Princeton University and has served on the Board of Princeton’s James Madison Program in American Ideals and Institutions as well as serving as Chairman of that Board’s Finance Committee. The Madison Program is headed by Prof. Robert George, who was IWP’s Commencement speaker in 2015.

IWP founder and president John Lenczowski commented, “Mr. Brinckerhoff is bringing enormous experience in the private sector and in non-profit governance to the benefit of IWP.  We are delighted with his decision to volunteer his time and energy to our cause.” 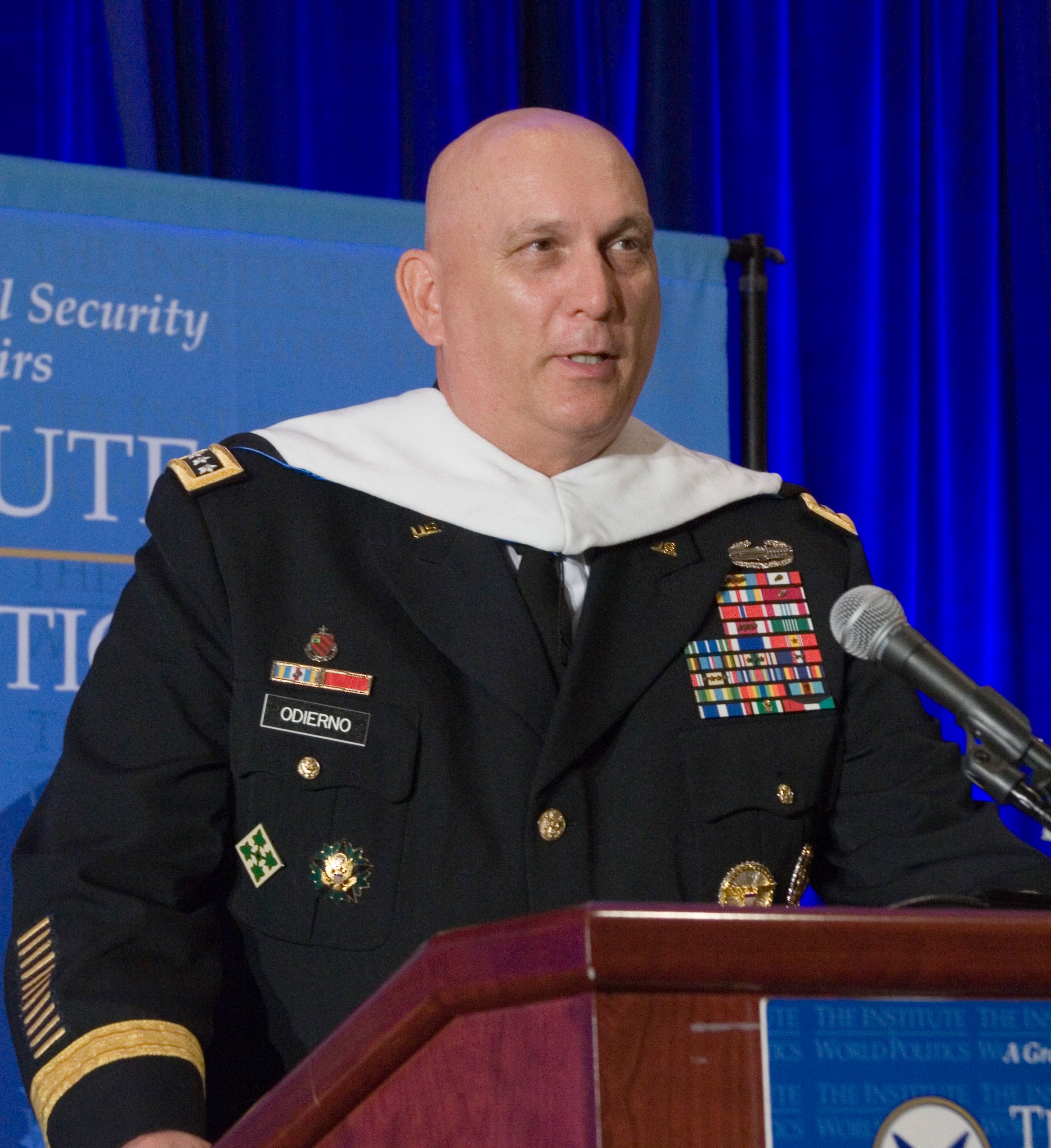 General Odierno has had an illustrious 36-year career in the United States Army. He has commanded units at every echelon, from platoon to theater, with duty in Germany, Albania, Kuwait, Iraq, and the United States. General Odierno commanded the 4th Infantry Division during Operation Iraqi Freedom from 2003 to 2004. Later, he served as the Commanding General, Multi-National Force in Iraq as well as United States Forces in Iraq. From 2010 until 2012, he was the Commander of United States Joint Forces Command. Notably, he was the primary military advisor to Secretaries of State Colin Powell and Condoleezza Rice as Assistant to the Chairman of the Joint Chiefs of Staff.

“The General has been a longtime supporter of the Army’s relationship with the school,” said Dr. Lenczowski. “We are delighted that this great American military leader will join our team.”

Please click here to view a video of General Odierno speaking at IWP’s Commencement ceremony in 2013.