The Institute of World Politics hosted the second event in its debate series on July 11th, 2016. The debate, entitled “Should the U.S. Be For or Against Nuclear Non-Proliferation? The Case of U.S. Allies in Asia”, featured two field experts and an IWP moderator. Doug Bandow, a senior fellow at the Cato Institute, argued for proliferation and his opponent, Richard Weitz, the Director for the Center for Political-Military Analysis at the Hudson Institute, offered a nuanced rebuttal in favor of non-proliferation for U.S. allies. The event was moderated by an IWP research professor, Paul Coyer. 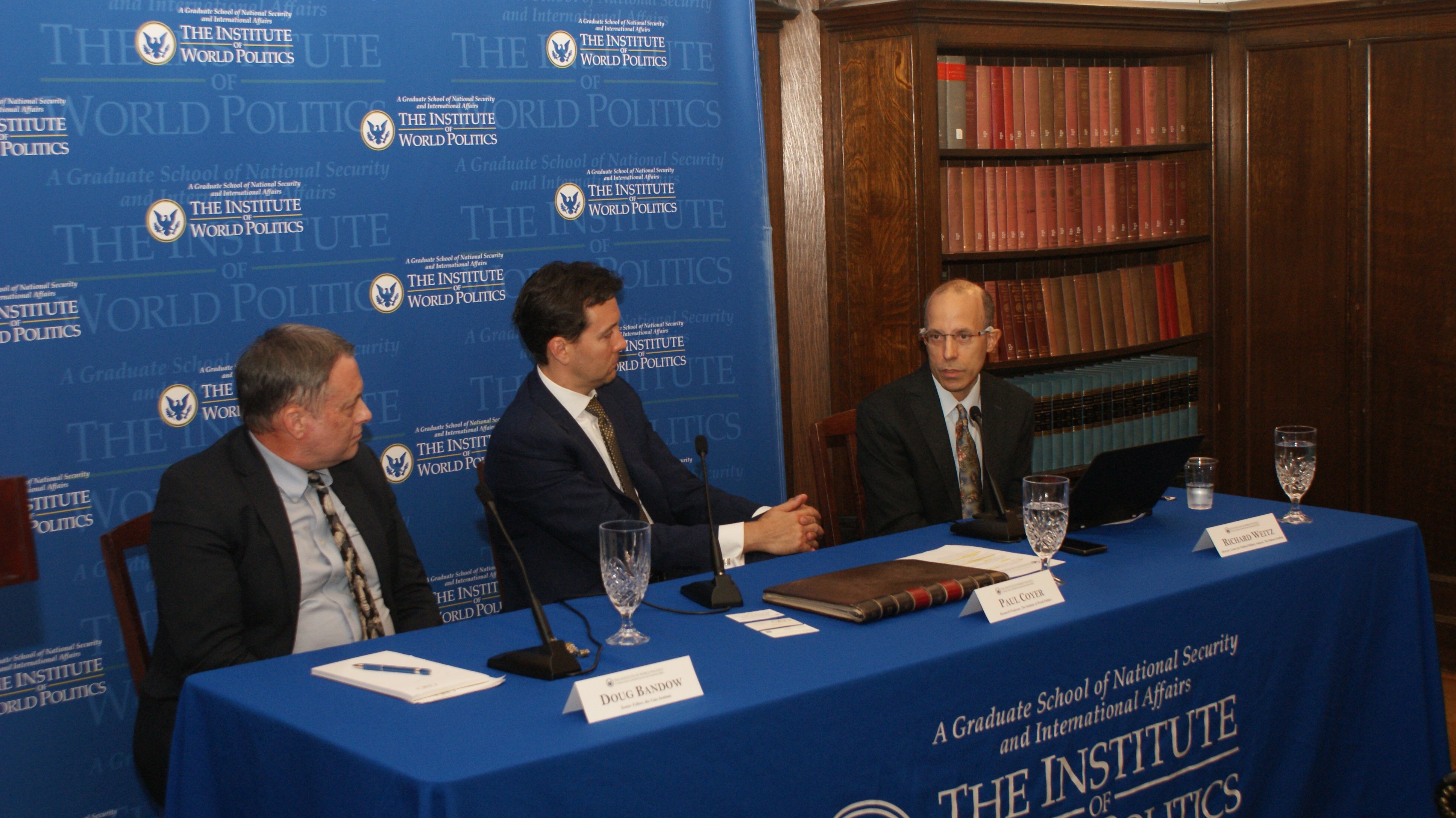 Doug Bandow first discussed the strategic issues and considerations regarding U.S. alliances, briefly commenting on the characteristics of key players involved. Mr. Bandow described the litany of unsuccessful attempts made by the U.S. government to establish nuclear security in the region. These stop-gap measures included negotiation, sanctions, and multi-national cooperation. Mr. Bandow emphasized a tactic he calls “sharing the nightmare” which involves decreasing the U.S.’s role in mitigating nuclear conflict and allowing other countries to stabilize the region. A devolution of the nuclear decision-making process in Asia would taper the U.S. nuclear umbrella to vital national interests only; this would decrease the U.S. risk of entering, with strategic indifference, into a nuclear conflict.

Richard Weitz responded by highlighting the faults he perceived in Mr. Bandow’s views, noting specifically the likely tumultuous transition period that would occur as countries began re-acquiring or building nuclear arsenals. Mr. Weitz continued by outlining “grey area challenges” and described components of proliferation that would lead to higher uncertainty and less security. Notably, Mr. Weitz emphasizes the case of North Korea and South Korea, suggesting that increased armament could trigger an escalatory path for other countries, danger to U.S. civilians and businesses in the area, and possibly another Korean War. Mr. Weitz concluded that mitigating the region’s gray area problems, which he categorized as a non-nuclear problem, would limit the risk of further escalation.

In conclusion, the debaters shared common ground on the pressing nature of the nuclear crisis and the dangerous consequences of a miscalculation. However, Mr. Weitz remained steadfast in his belief that the transition period and the returning of weapons to South Korea would decrease overall security. Mr. Bandow challenged this argument by asserting that allowing U.S. democratic allies to build their own nuclear arsenal to protect themselves would stabilize the region and lead to better U.S. security.