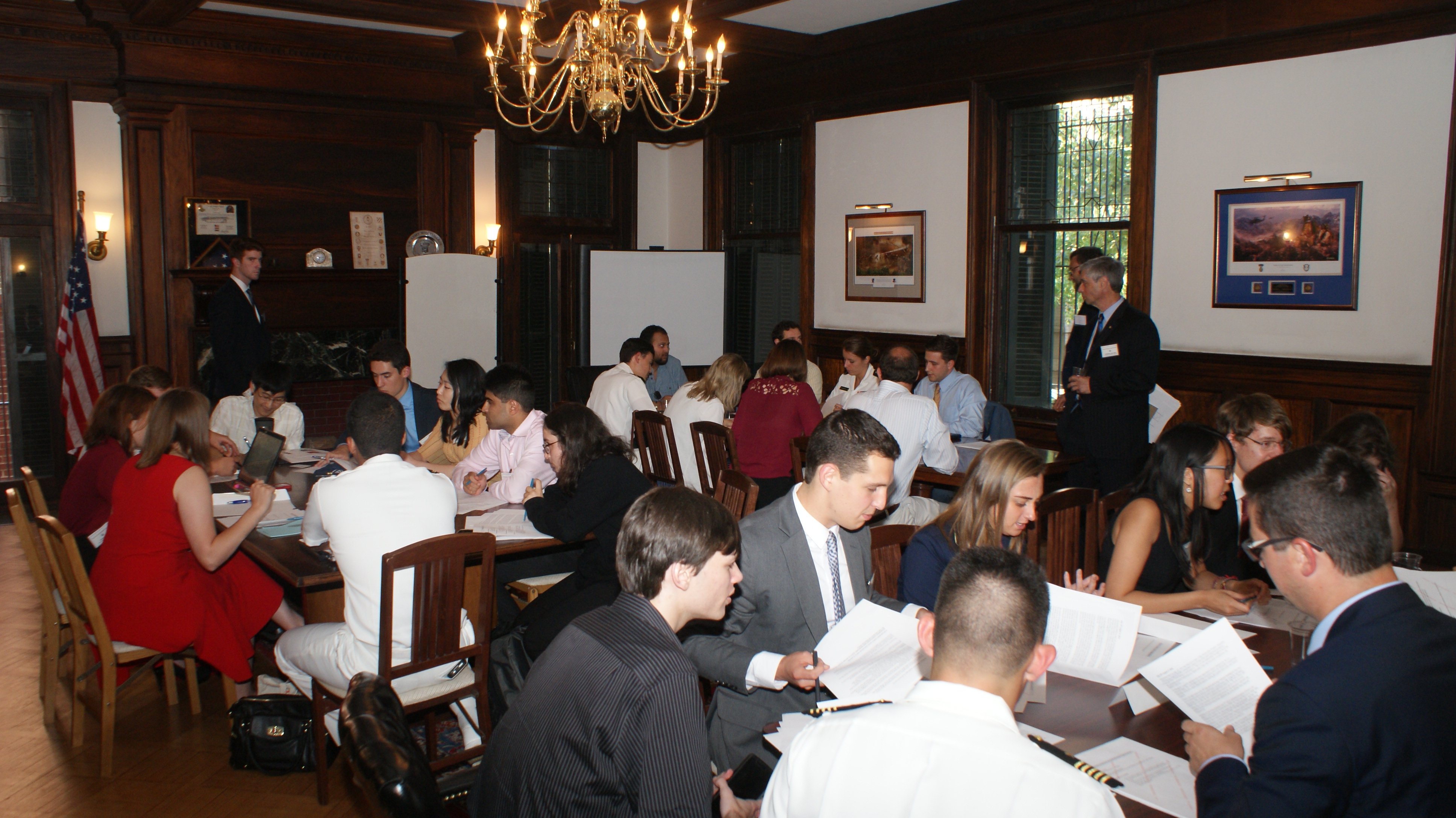 On Friday, July 15th, IWP hosted a crisis simulation entitled “Korean Crisis 2016: A Simulation in Statecraft.” Participants were grouped into three “nations”: China, South Korea, and the United States, and made policy decisions based on a hypothetical scenario of regime collapse in North Korea. Throughout several rounds, new factors were introduced that changed the parameters of the scenario, and challenged teams to find new solutions under tight time constraint.

Professor John Sano and two IWP alumni provided feedback on the simulation. They also were responsible for injecting in scenario alterations to encourage participants to think creatively when solving problems. The threat of a typhoon was one alteration used to limit participants’ abilities to deploy military assets in the region, a protest in South Korea was another.