On September 12th Mr. Michael C. Maibach, managing director and trustee of the James Wilson Institute spoke about the “economic force of capitalism”, and how it defines the way Americans live in a free society. He made several arguments to defend this position: a nation that values freedom cannot reasonably deny its expression in the economy, capitalism merged with a Judeo-Christian metaphysics supports a view of individuals as economically and politically autonomous agents, and capitalism is anchored to progress–a teleology that justifies an optimistic worldview of constant improvement, social cohesion, and cooperation.

Mr. Maibach began by establishing the basic views underlying his argument by highlighting the organic and natural basis for asserting the existence of human rights. He further argued that this organic system supports the practice of another system which seemingly arises out of nature: capitalism. Capitalism, Mr. Maibach argued, places an individual in control over his or her own economic destiny. This person is able to negotiate the cost of his or her labor and do so freely among a multitude of buyers and sellers. Such a system of voluntary compliance is reflected in the practice of democracy. Democratic societies are freely able to enter into agreements to be taxed higher for some purpose that has been agreed upon in society. Voluntary compliance establishes a system of trust, from which develops a genuine pursuit of liberty. Liberty is sustained in turn by the elements that founded it, the human intellect, competition, and investment. 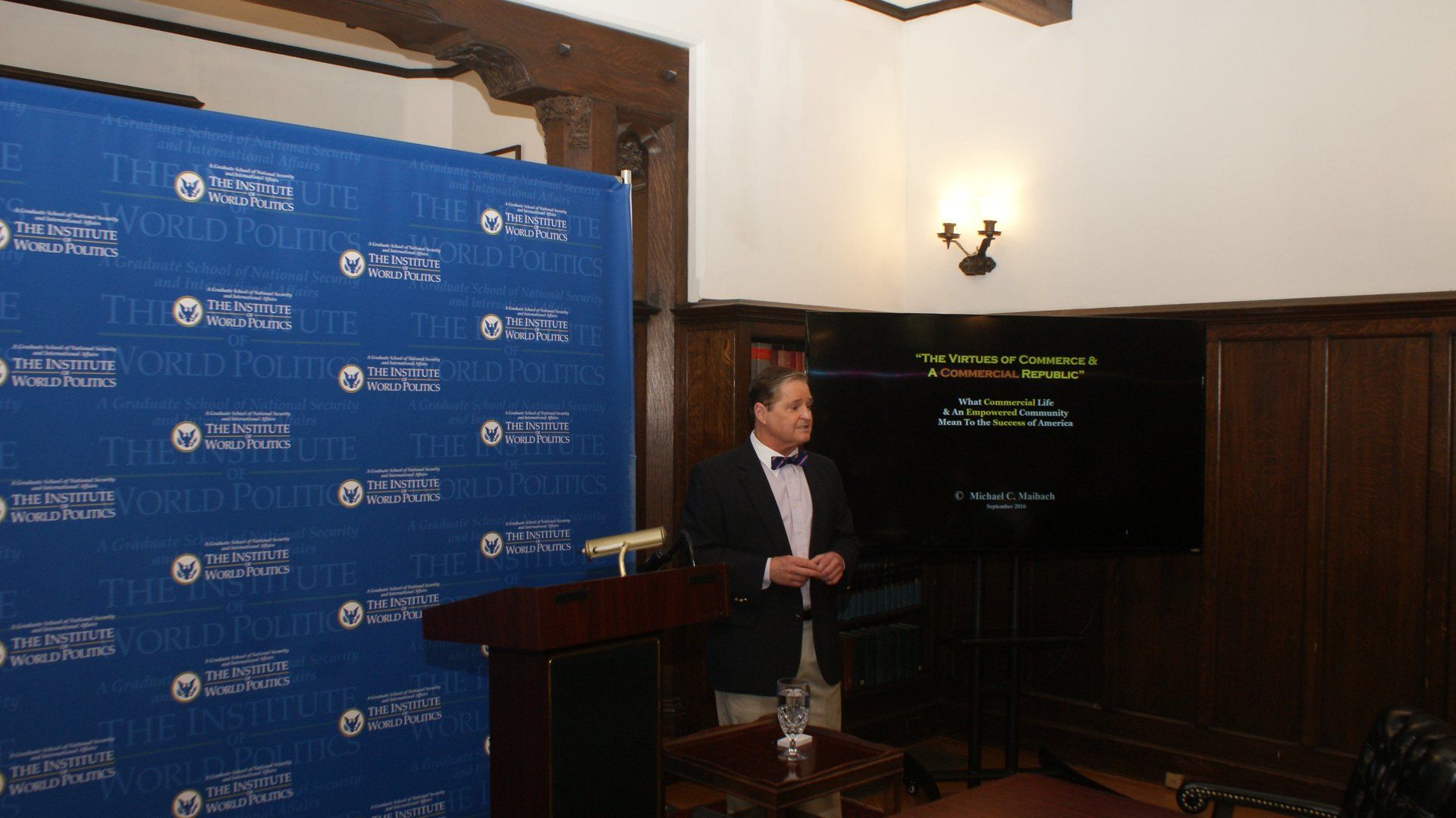 Mr. Maibach then proceeded to explain how coercion without consent, which is the paradigm to authoritarian systems in politics and economics, halts the feedback loop between natural economic and political rights. Its replacement is something more sinister. The political economy becomes oriented towards extra-market competition over the instruments of force in society. This is to the detriment of growth in the economy and virtue in the citizens. Fiat law substitutes the assertion of the capacity for equality among all with the demand that all be treated exactly equal to each other in all respects. The concept of progress is halted in this model and warped into a mantra of crusade against the nature of the world itself.

A video for this lecture can be accessed here.