Arthur T. Downey gave a lecture on his new book The Cold War: Law, Lawyers, Spies and Crises, at the Institute of World Politics on September 19, 2016. In addition to The Cold War: Law, Lawyers, Spies and Crises, Mr. Downey has authored Civil War Lawyers, and The Creole Affair: The Slave Rebellion that led the US and Britain to the Brink of War. Mr. Downey was a former Director of the Bureau of East-West Trade at the Commerce Department, State Department lawyer, diplomat, and government official. 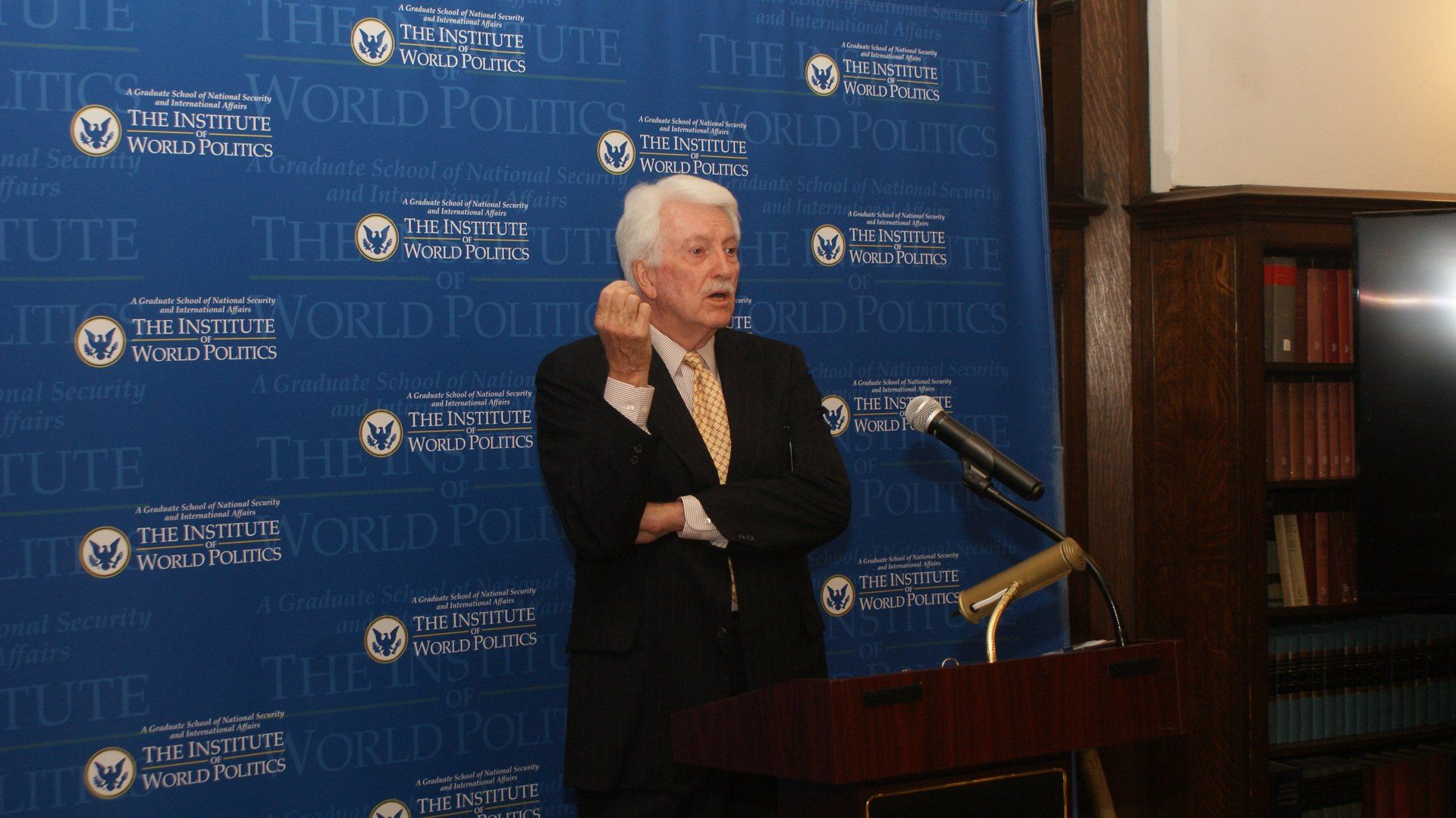 Mr. Downey began his lecture with the remark that although lawyers dominated the 19th century more than the 20th, the legal profession nonetheless made its mark on the Cold War. He condensed Cold War history into five different periods, which he determined by Premiers of the Soviet Union and the Presidents of the United States. Within these five periods, Mr. Downey pointed out three key circumstances in which lawyers played a significant role resolving disputes. Throughout the Cold War, Western lawyers had to determine what West German legislation could apply in Berlin, due to the city being an occupied and demilitarized zone. Mr. Downey made clear how lawyers such as George Ball functioned as the counterweight to hawks in the Kennedy administration who believed that the Cuban Missile Crises could only be resolved by the invasion of Cuba. Although the case of The Republic of Nicaragua v. The United States of America (1986) at the International Court of Justice was not seen as a sensitive issue during the Cold War, Mr. Downey points out how the Paul Reichler who represented Nicaragua was able to defeat a superpower in an international law court. This case was to set a precedent in the most recent Hague settlement on the issue of the South China Sea-a case which Paul Reichler prosecuted successfully on behalf of his client, The Philippines.

A video of this lecture is available here.