Mr. Puneet Ahluwalia of the Livingston Group introduced the subject of U.S.-India relations and the panel of experts that was to talk on the subject on September 20th at IWP. The panel was comprised of Christy Boardman Grubbs, Chief of Staff for Congressman J. Randy Forbes, James Di Pane, IWP Master’s Candidate, and Congressman Rob Whittman. As the moderator, Puneet Ahluwalia introduced the panel and highlighted the importance of the steps India and America have to take to strengthen the bilateral relationship. 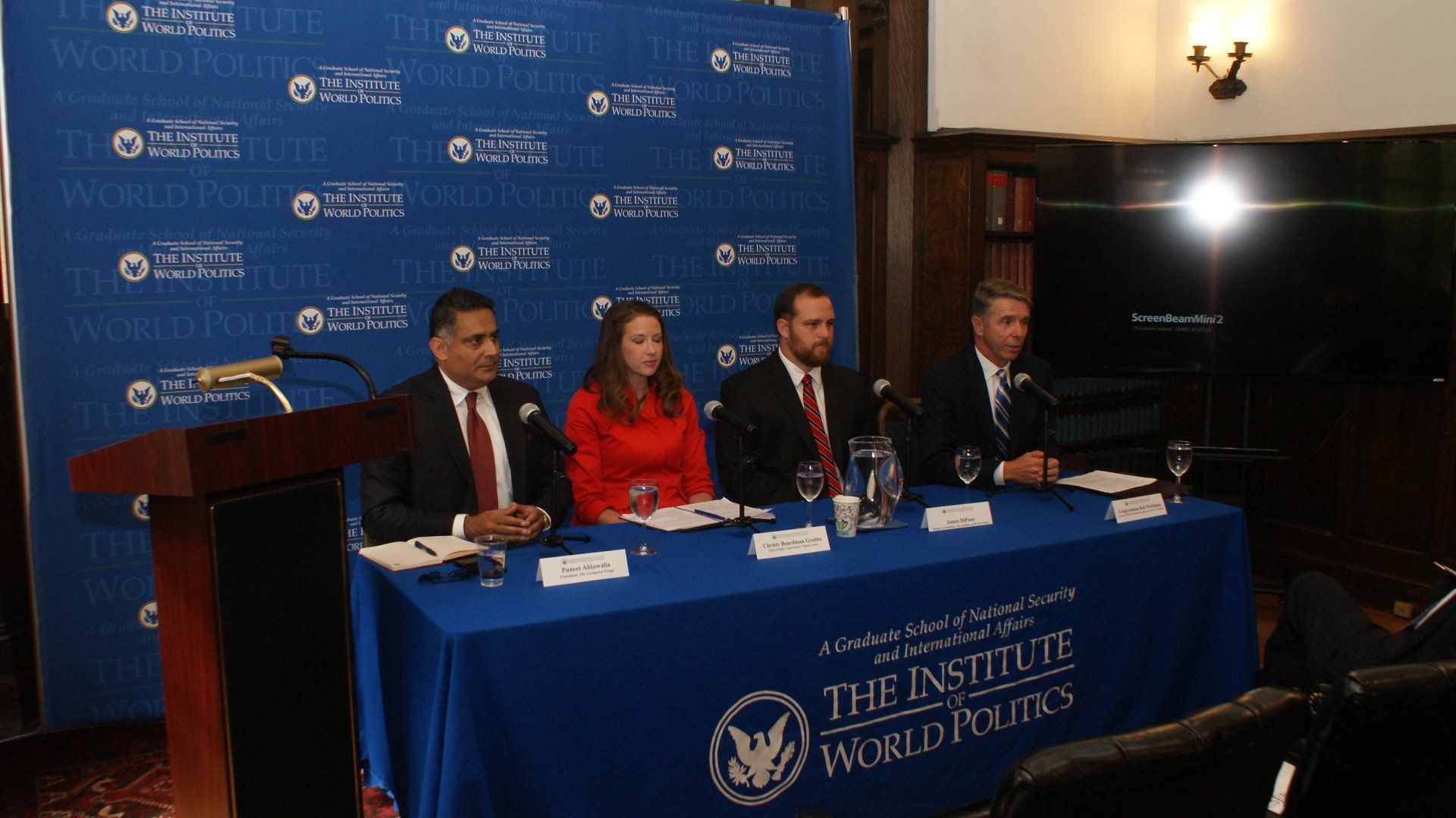 Congressman Whittman began by discussing the major role that India plays in terms of politics and economics. He argued that America needs to foster stronger relationships with Asian nations because of the sizes of many of them. The Congressman also emphasized the importance of diplomacy and enhanced cooperation between the two nations, especially with their shared common interests. Both nations for example have an interest in building up enough strength to deter the Chinese navy from becoming unacceptably aggressive.

Ms. Grubbs contributed to the discussion by dividing the U.S.-India relationship into different areas. She said that in each area the relationship is making more progress. The United States has become more involved in military exercises with India and has become its top supplier of defense equipment. Grubbs argued that the U.S. needs to improve its encrypted communications to enhance the degree of inter-operability between the two nation’s militaries. This would also lead to a great opportunity towards sharing geo-spatial data of the two regions.

James Di Pane concluded the discussion, illustrating how India is shifting from a land power to the sea. In India, there is a popular belief that losing access to the ocean could mean the end of independence in practice. While there are tensions in perspective about the purpose of the U.S.-India relationship, it is a vital relationship to develop.
The panel seemed to be of one mind in saying that the U.S.-India relationship is among the most important to develop in today’s world. Drawn together by their mutual commitment to democratic practices and pluralistic societies, and by their selective distaste for Chinese expansion, they make natural partners.

A video of this event can be accessed, here.