On October 6, 2016, Lt. Col. Alexandre Vautravers of the Swiss military, who is also a senior strategic advisor in the Swiss government, spoke to IWP about the current and future paradigm of conflict in the world.

Col. Vautravers began with a parable. When the Haitian earthquake spawned a humanitarian crisis, the U.S. deployed two aircraft carriers to the country. After asking the public why it thought the relief effort consisted of these ships, he offered his own account. These carriers, he said, proved functionally capable of delivering humanitarian aid on a greater scale than others could deliver. Col. Vautravers then made the broader point that combat hardware is now being relied upon to perform tasks for which these pieces were not intentionally designed. 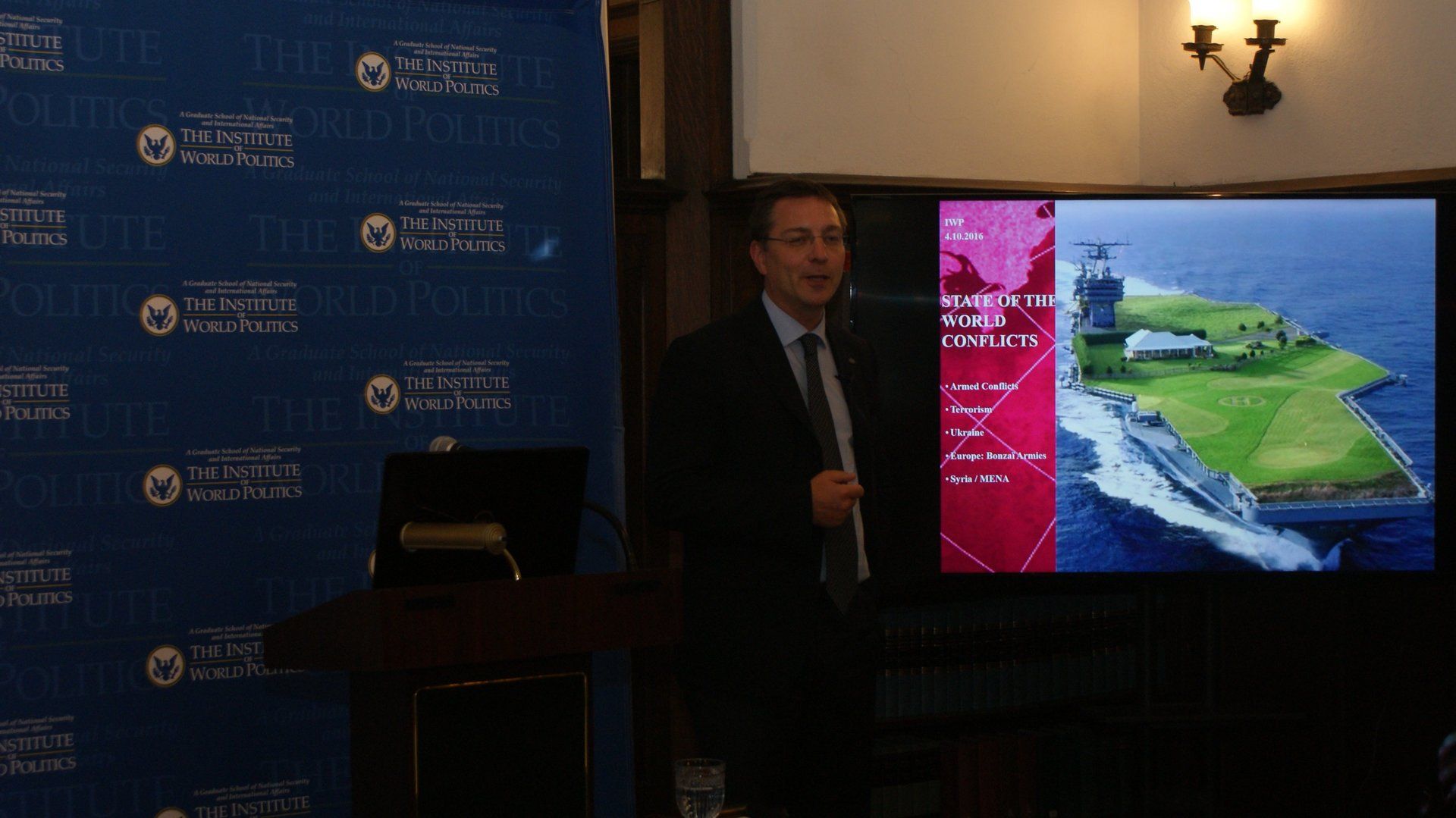 The evolution of conflict to a granular level today has shifted the working hypothesis of military equipment from positional warfare to soft-policing. The Colonel grounded this observation to the views of Clausewitz, the great Prussian military theorist on the subject of war. Clausewitz emphasized that war encompasses a full-spectrum of factors. These factors cannot be reduced to the binary of winning or losing battles. This is an important thought to consider. For if war is not only- or even in many cases mostly- a function of clean metrics of enemy dead, equipment destroyed, or territory occupied, then there must be a softer approach to its conduct. Instead of trying to dominate the physical landscape, states must now try to dominate the mental landscape. This entails targeted, measured approaches to removing threats, influencing the public, and promoting social investment into newly occupied areas.

This video can be accessed here.