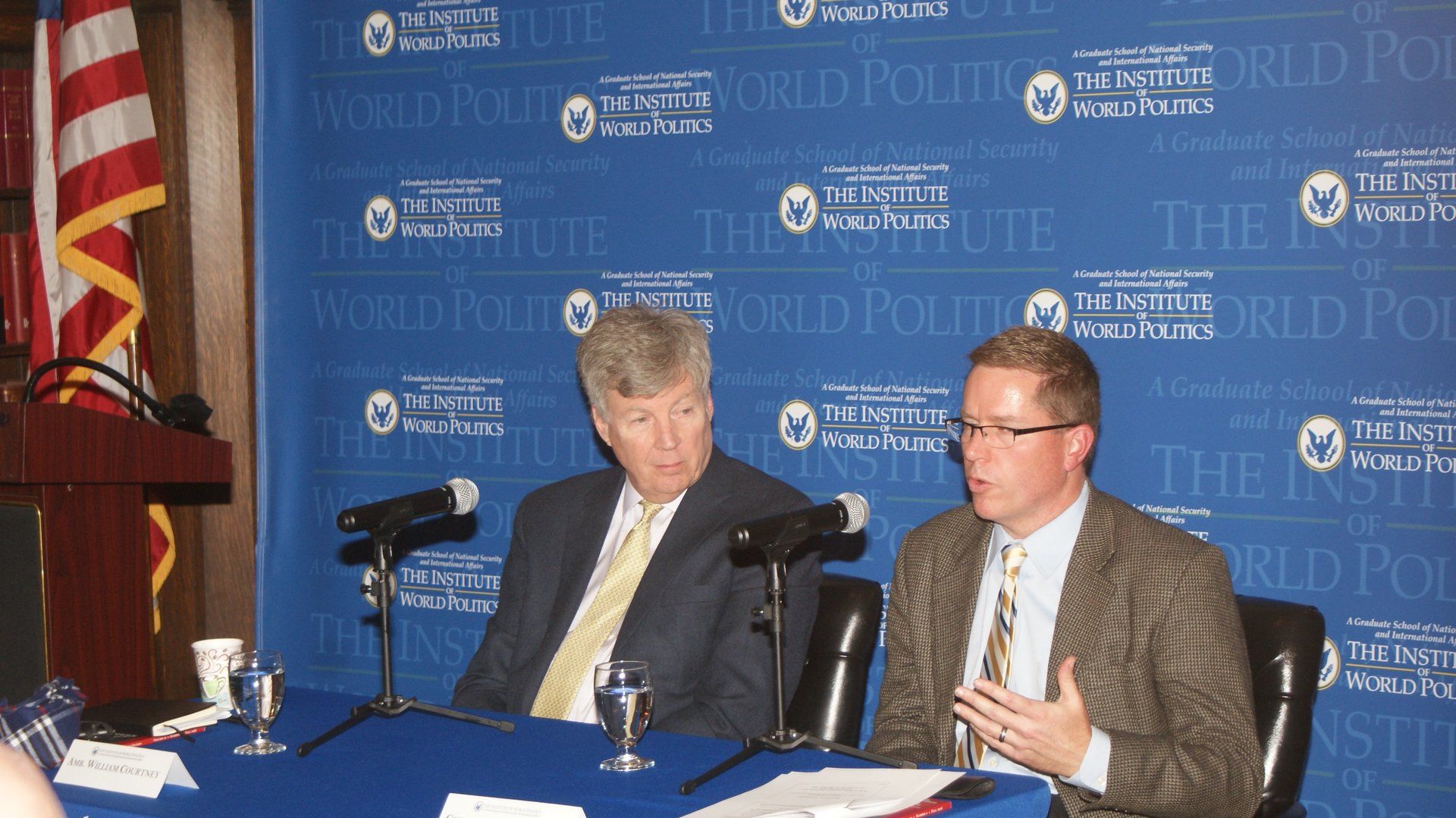 On November 10th 2016 a distinguished panel at IWP of speakers affiliated with the RAND Corporation spoke on the subject of Russian propaganda. The distinguished panel was composed by the speakers Amb. William Courtney, and Christopher Paul. Amb. Courtney is an adjunct senior fellow at the RAND Corporation and executive director of the RAND Business Leaders Forum. Christopher Paul is a Senior Social Scientist working out of RAND’s Pittsburgh office, where is the principal investigator for a number of defense and security related research projects.

The panel aimed to primarily shed light on the context and activities that constitute Russian propaganda, or “active measures” as they are otherwise known. Amb. Courtney spoke primarily on situating contemporary “active measures” activities within a deep-seated history of Soviet espionage and intelligence efforts. Dr. Paul came at the issue from an academic standpoint. For him, Russian active measures activities were as successful as they were because they were founded to firm truths about human psychology. Among such truths are that repeating information, however misleading, tends to increase the likelihood that such views will be adopted by viewers.