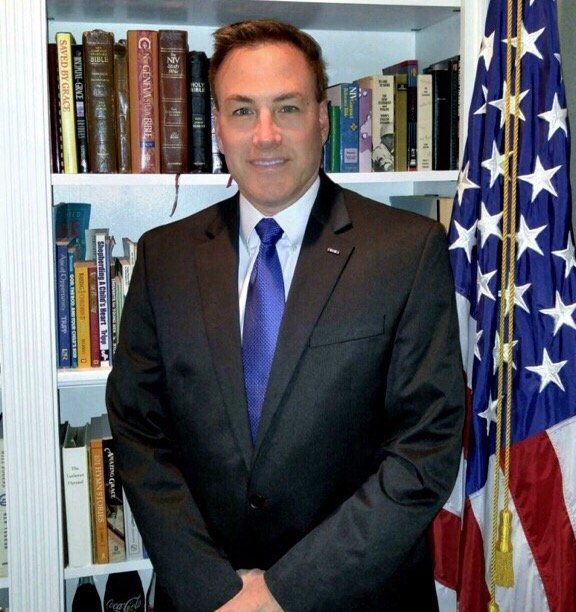 In his new role, Captain Glass will have overall responsibility for growing IWP’s student enrollment across all current and future degree and graduate certificate programs and expanding IWP’s footprint across US government agencies. IWP’s Office of Graduate Programs and Career Services will report directly to Captain Glass.

In his capacity as a Naval Reserve Intelligence Officer and his employment in the private sector, Captain Glass has over thirty years’ experience of program management leadership and contractor support to the intelligence community (IC). He has served with a wide variety of commands and mission assignments beginning in 1985 at the Pentagon as an Analyst and watch stander with the Chief of Naval Operations (CNO) and National Military Joint Intelligence Center (NMJIC).

From 1992 to 2014 Captain Glass was assigned to the Office of Naval Intelligence and Director of National Intelligence, National Maritime Intelligence Integration Office, National Maritime Intelligence Center, Civil Maritime, Naval Analysis and Policy and Plans Directorates as an Executive Officer, Operations Officer and Division Officer, responsible for seven command divisions supporting integrated production missions in support of fleet operations.  He also supported the Office of the Secretary of Defense, Defense Technology Security Administration (DTSA) from 2008 to 2011.

In his civilian capacity from 2009 until now, Captain Glass served as Director of Intelligence with Reston-based Pragmatics, Inc., responsible for managing the company’s support to agencies across the Intelligence Community.

Additionally he served on the United States Service Academies Nomination Board for Maryland’s Sixth Congressional District and currently serves as a Blue-Grey Officer-Representative for the United States Merchant Marine Academy at Kings Point and appointed member of the Ethics Commission for Frederick County, Maryland.   He has been mobilized multiple times and is a Persian Gulf War veteran.

IWP President John Lenczowski commented: “Chris Glass brings enormous talent, energy and leadership to the Institute, and we are delighted to welcome him to the IWP family.”