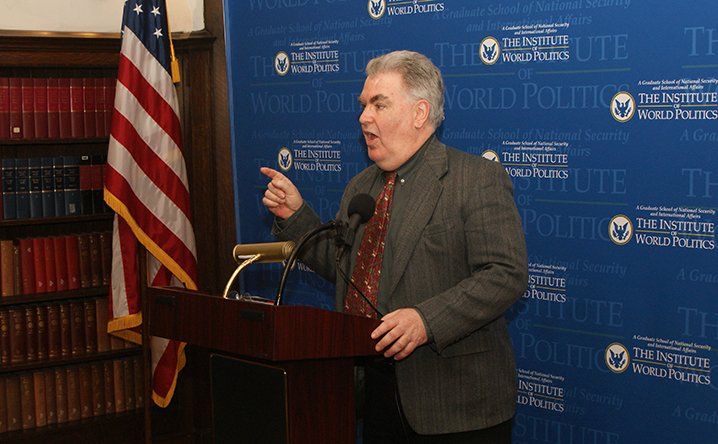 IWP is pleased to announce that Michael Walsh, our Non-resident Scholar on Culture and Politics, will be  at IWP during the period 1-10 March.

Mr. Walsh, the author of The Devil’s Pleasure Palace, will speak at an IWP Capitol Hill event on Tuesday, 7 March, on the topic of the influence of popular culture on politics. In addition, he will deliver two public lectures at IWP (2 March at 1:00PM and 6 March at 4:00PM) on The Devil’s Pleasure Palace and its pending sequel, The Fiery Angel, as well as the Trump phenomenon (respectively). During his visit, he will also conduct some informal symposia on the relationship between popular culture and politics for IWP students.