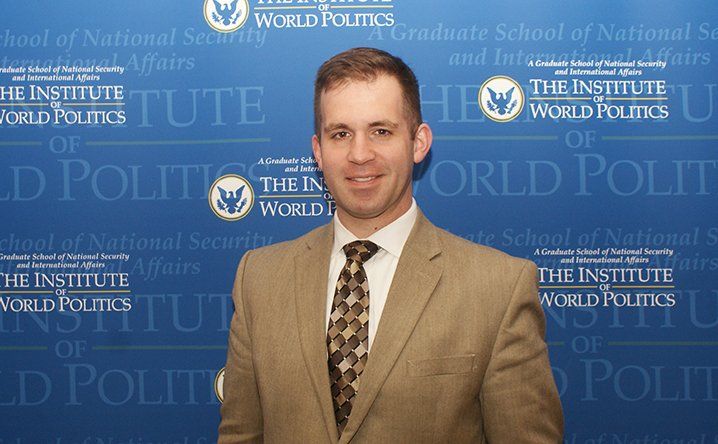 Matthew Ryan, who has served on the Board of Trustees for The Institute of World Politics since 2015, has recently joined IWP as the CFO.

Mr. Ryan has experience working as an auditor and accountant for a tax consulting group. He has also served as a conversion manager where he oversaw a team of specialists for an investment firm. He has a Bachelor of Science degree in Finance from The Pennsylvania State University and an MBA from The Wharton School at the University of Pennsylvania. In addition to working within the accounting community, Mr. Ryan has served with the Pennsylvania Army National Guard.

During his time on the Board of Trustees, Mr. Ryan was the Chair of the Audit Committee. He will now be an ex-officio member of the Board.

IWP Executive Vice President Larry Cosgriff commented: “We are very pleased that Matt has decided to join IWP’s management as our new CFO. I enjoyed working with Matt on the Board of Trustees, and the school is fortunate in Matt to have a very skilled executive with a wealth of financial experience who is already well-acquainted with IWP.”