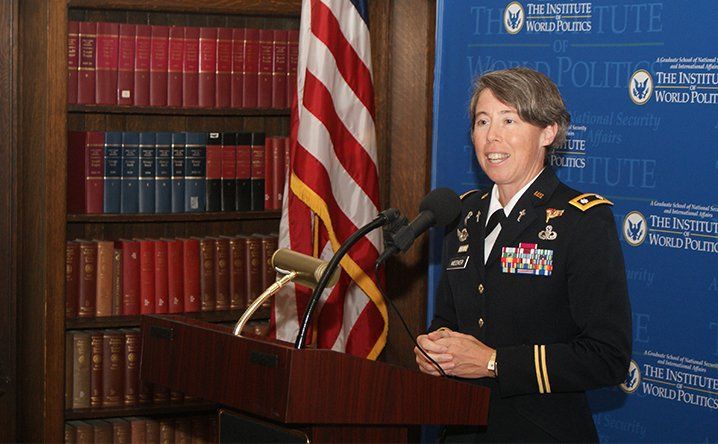 On May 24, CH Karen Meeker (2015-16 IWP Army War College Fellow) was promoted to the rank of Colonel at a prayer luncheon and promotion ceremony at her station at Landstuhl Regional Medical Center in Germany.

In her remarks, CH Meeker thanked her parents and mentors, and noted that it was an honor and a privilege to serve the wounded in her current role. She prayed that her colleagues would be renewed by the Lord to serve the mission of freedom. 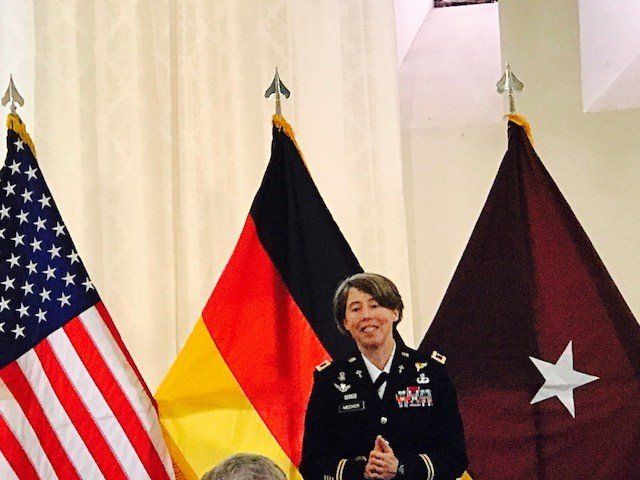