On June 22, 2017, the Kosciuszko Chair of Polish Studies and Center for Intermarium Studies sponsored an event at The Institute of World Politics, in which Erik Khzmalyan gave a lecture titled, “Human Geography of the Caucasus: Identity, Culture, and the Russian Factor.”

Mr. Khzmalyan started by discussing the geography of the Caucasus region. He then went into detail about the diversity of the region by discussing the ethnicities and nationalities, as well as the different languages spoken in the Caucasus region. His presentation specifically focused on the historical background and early discovery of this region, as well as an expedition of the region by a Hungarian group of linguists, researchers, and archeologists. This group surveyed the area and brought back documentation of the culture and the languages in the different areas of the region.

Mr. Khzmalyan dedicated most of his lecture to a discussion of the Russian invasion and its implications. He also discussed how the Russians infiltrated the Georgian government, gained power, and then built a military road to Georgia in hopes of conquering the rest of the Caucasus region along the way. The conflict between Russia and the North Caucasus led to Jihadism and other Muslim religions fighting back, which eventually escaladed to a holy war. He noted this war between the North Caucasus and Russia went on for many years, and today the Russians have silenced the North Caucasus by providing them enough money to make the region happy. Mr. Khzmalyan concluded his presentation with a discussion on the terrorist attacks and threats in the Caucasus region.

Mr. Khzmalyan is a Fellow at the Eurasian Research and Analysis Institute and specializes in U.S. Foreign Policy, Eurasia, and Geopolitics. He is currently an M.A. candidate in Statecraft and International Affairs at The Institute of World Politics. 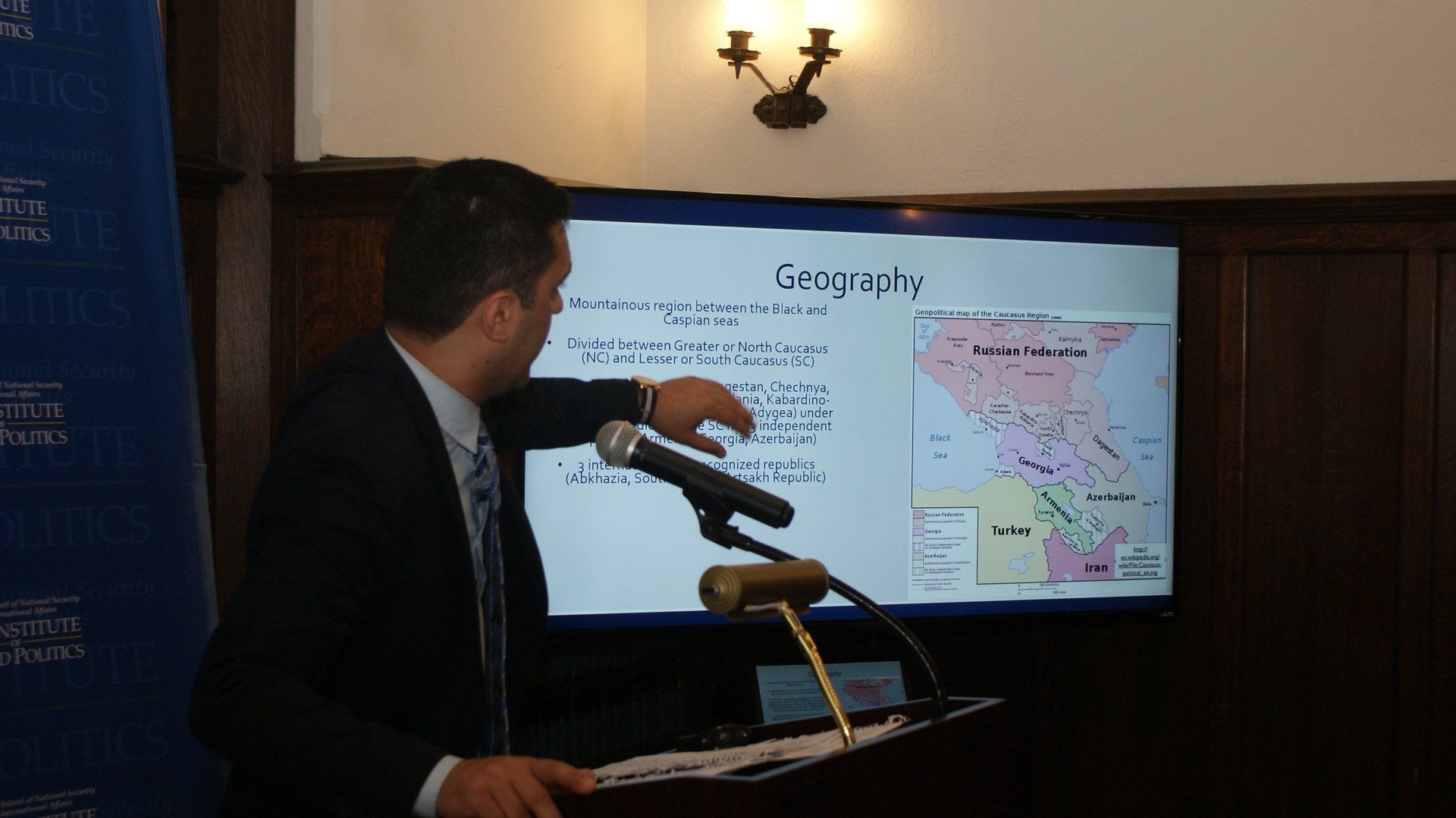