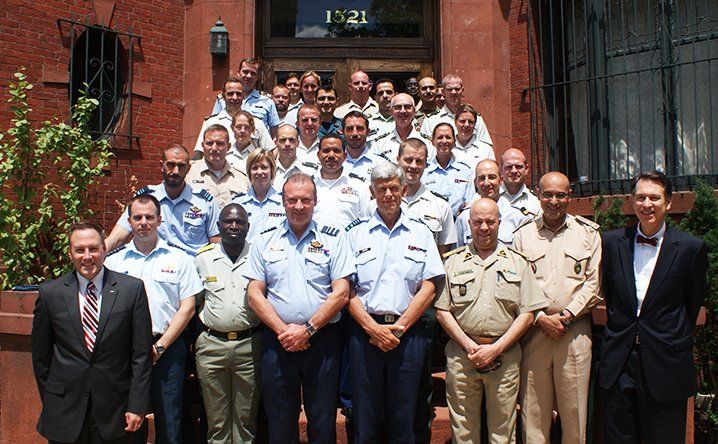 On June 26, over 30 students from the Belgian Command and General Staff College visited IWP for a seminar on “U.S. Organized and Coordinated Counterterrorism Response” with IWP professors. The visiting students hailed from Africa, the Middle East, Europe, and the United States.