Four Polish Ministry of Defense Senior Officers are pursuing higher education and enhancing their awareness of international affairs issues by participating in a fellowship program at The Institute of World Politics.

The Officers came to the school through the Kosciuszko Chair of Polish Studies and the Center for Intermarium Studies at IWP. Over the past month, in addition to their pursing their arduous academic studies, they have also participated in other educational activities to include several extracurricular tours and events. 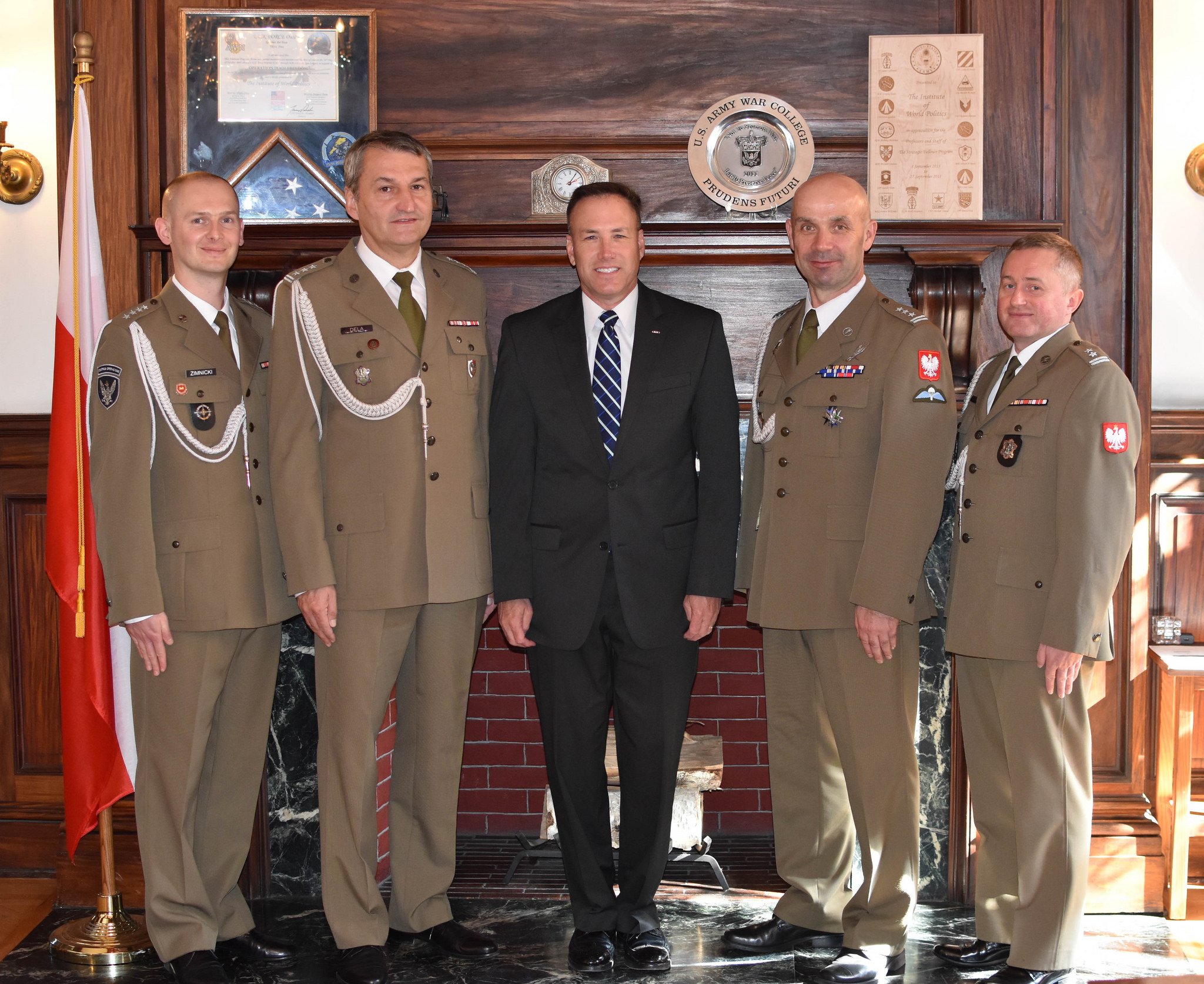 On September 18, the Fellows toured National Cryptologic Museum at Fort Meade, MD with IWP Executive Vice President Larry Cosgriff. Their tour included the special exhibit celebrating the critical work of Polish cryptographers on the German “Enigma” machine prior to the outbreak  of WWII.

On October 7th, the Fellows toured the US Naval Academy with Sr. Vice President Chris Glass. During this excursion they attended the Navy – Air Force football game and witnessed the Midshipman arise victorious over the Falcons, 48-45.

On October 12th, the Institute’s Events and Communications Coordinator, Ms. Allison Bimber, hosted a tour at the International Spy Museum in Washington. This event provided the Fellows an opportunity to view the largest collection of international espionage artifacts ever placed on public display.

In mid-October, the Fellows visited Monticello and Charlottesville, where they were guests of Lady Blanka Rosenstiel. Lady Blanka is a major supporter of the Institute’s Kosciuszko Chair of Polish Studies.

The Fellows also traveled to the Gettysburg National Battlefield on October 28th. The Institute’s Dean, Mackubin Owens, is a recognized expert on the Civil War and provided the Fellows with background on the military strategy and history of the Civil War’s bloodiest battle.  The battle of Gettysburg lasted three days, from July 1-3, 1863.

Yet another outing with the Fellows occurred on October 29th with Ms. Allison Bimber for a trip to Harpers Ferry, West Virginia. The Fellows had the opportunity to tour to various historic sites, including John Brown’s Fort and St. Peter’s Catholic Church, to learn more about the U.S. Civil War and the Battle of Harpers Ferry. The day trip also included a lunch at The Potomac Grille and was rounded out with a short hike along the Maryland Heights Trail.

While IWP has had students from Poland before, the Fellows are the first class of officers from the Republic of Poland to complete a fellowship together at the Institute. These Officers represent the burgeoning relationship between the United States and Poland as NATO allies and the continued focus on Intermarium Studies at IWP.

The Institute of World Politics is a graduate school of national security and international affairs, dedicated to developing leaders with a sound understanding of international realities and the ethical conduct of statecraft, based on knowledge and appreciation of the founding principles of the American political economy and the Western moral tradition.