Four members of the IWP administration have been promoted this month based on continued success in their roles.

IWP is pleased to announce that two of these new appointments are in the Office of Graduate Recruitment: Tim Stebbins and Danielle Shover.

IWP has seen a surge in new students over the past two years, culminating in successive enrollment records during the last two semesters, thanks to the strategy and efforts of Tim, Danielle, and the rest of the recruitment team. 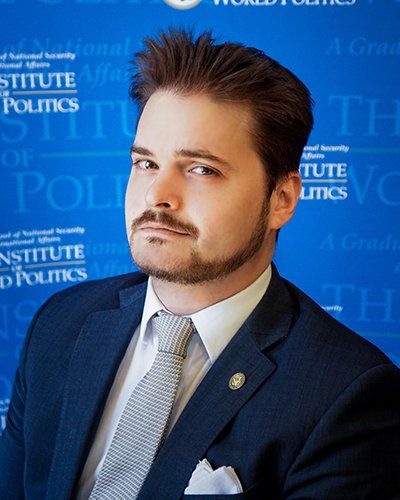 Tim, an IWP alumnus (Class of 2011), has been promoted to Vice President of Graduate Recruitment. After several years working on public diplomacy and political warfare strategies for the Afghanistan/Pakistan theater, he returned to IWP in 2013 to take on the role of Director of Graduate Recruitment. During his tenure, he crafted a strategy focused on developing personal relationships with prospective students that mirrored IWP’s classroom environment. From there, he turned IWP’s sights towards the creation of strategic partnerships with universities around the country, including agreements with Duke University, Mercyhurst University, and Point Park University, with many more in the works. In addition to his other responsibilities, he oversees the Institute’s competitive internship program. 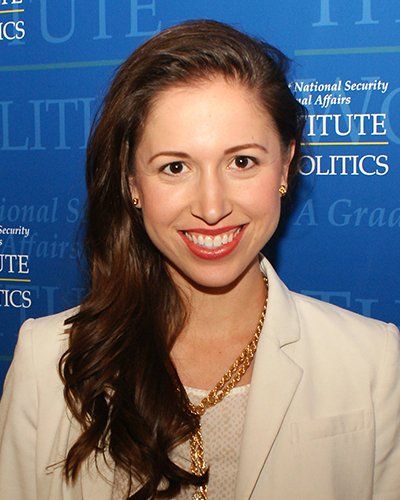 Danielle Shover has been promoted to Director of Graduate Recruitment. Danielle joined IWP in 2016, after a successful career in sales management for diplomatic, government, and education-based clients. Danielle oversees much of IWP’s recruitment strategy with regards to marketing, direct student recruitment, and internal management. She also established IWP’s partnership with the University of North Carolina at Chapel Hill. A former Fulbright Scholar in Madrid, Spain, Danielle is completing an IWP Certificate in International Politics.

“Tim Stebbins demonstrates the qualities of initiative, talent, and focused care for others, and Danielle Shover has a poise and business decorum that represents the Institute’s model goals with excellence,” commented Senior Vice President for Professional Affiliations Capt. Chris Glass, USN-Ret. “They are a formidable graduate recruiting team and together represent the leadership of today and the growing IWP of the future. All of us at the Institute are delighted for their continued success and congratulate them both.” 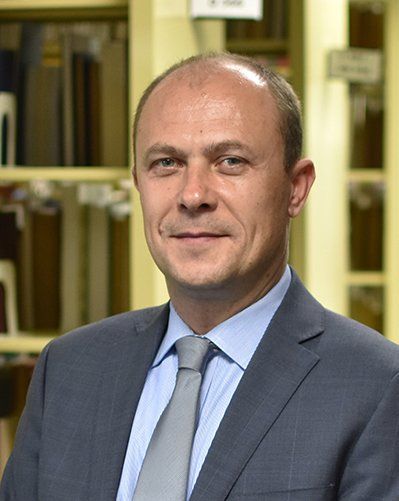 Meanwhile, Dmitry Kulik has been promoted to Director of Library Services. Dmitry, who received his Master of Arts in Statecraft and World Politics from IWP in 2007, has been working with the IWP Library since 2003. He has been instrumental in modernizing the Library’s catalog and infrastructure and in aligning the physical and electronic collections with the academic interests of IWP students. He took the helm of the library in 2008. Since then, he has established a relationship with the Georgetown University Library and has organized several significant donations to the Library from late IWP professors. In February, he received an MS Degree in Library Science from the St. Petersburg State Institute of Culture in Russia. 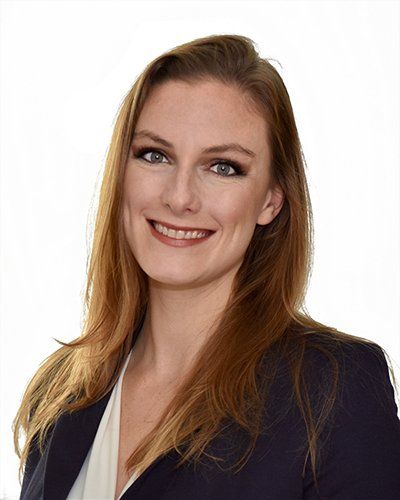 Katie Bridges has been promoted to Director of Alumni Affairs, Communications & Events. She has a background working at nonprofits and has been with IWP since 2009. She worked in the IWP development, communications, and events offices and joined the Institute full time in 2013 to manage alumni affairs. During her time at IWP, Katie formalized the events process, managed IWP’s newsletter and social media, and created an alumni program focused on drawing alumni together to network with each other and to mentor current students.

“I couldn’t be more grateful for the hard work and professionalism of our wonderful staff,” commented IWP founder and president John Lenczowski. “It is a sign of genuine dedication to the serious mission of our school.”