U.S. Secretary of Defense James N. Mattis addressed 40 Master’s degree recipients and seven Certificate of Graduate Study recipients at The Institute of World Politics Commencement Ceremony at the Fairmont Hotel on Saturday, May 19.

In his remarks, Secretary Mattis spoke about the importance of service to our country and of putting others first. IWP conferred upon him a Doctorate of Laws Honoris Causa.

CPT (P) Gregory Abide was the Valedictorian of the Class of 2018.  IWP recognized two Salutatorians: Bianca Falcone and Anthony Fratini, who served as Vice President of the IWP Student Government Association this past year. 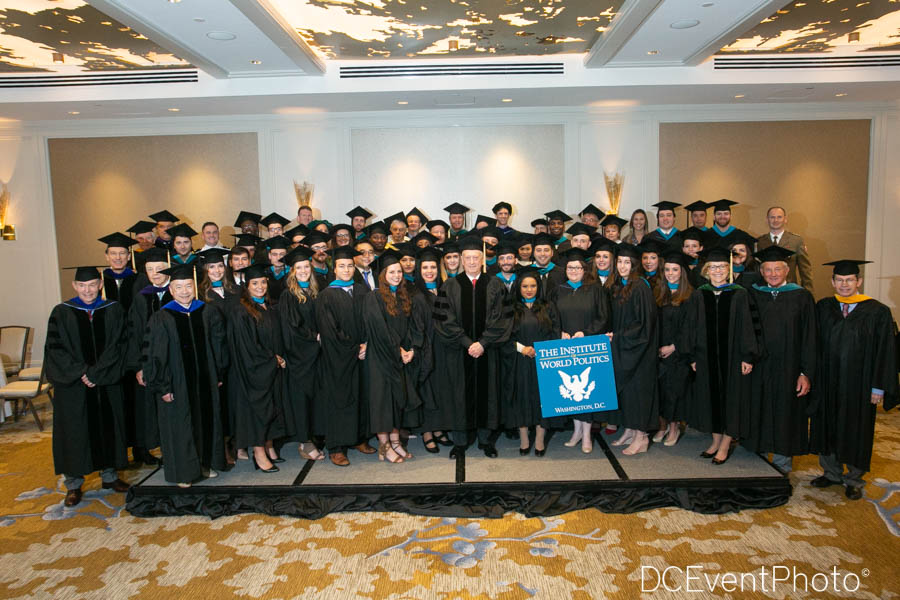 43 Master of Arts graduates and nine Certificate of Graduate Study recipients were recognized at the ceremony.

The event concluded with remarks by Alumni Board President Michael Webber. Mr. Webber presented IWP with a framed flag and poster on behalf of the Alumni Board and an anonymous IWP student. The flag had been flown using leftover 550 cord and PVC piping on September 11, 2017 at an undisclosed military camp in Syria. The frame also contained an informational poster, which had been dropped over Raqqah, Syria soon afterward representing the liberation of what was the self-proclaimed capitol of the Islamic State in Iraq and ash-Sham. The heart of the message states: “This area has now been liberated from Da’esh brutalities. Our children have a bright future to look forward to.” Mr. Webber noted that the student who gifted these items to the school felt that the different facets of statecraft taught at IWP played a pivotal role in his work in serving a cause greater than himself.

Congratulations to the Class of 2018!