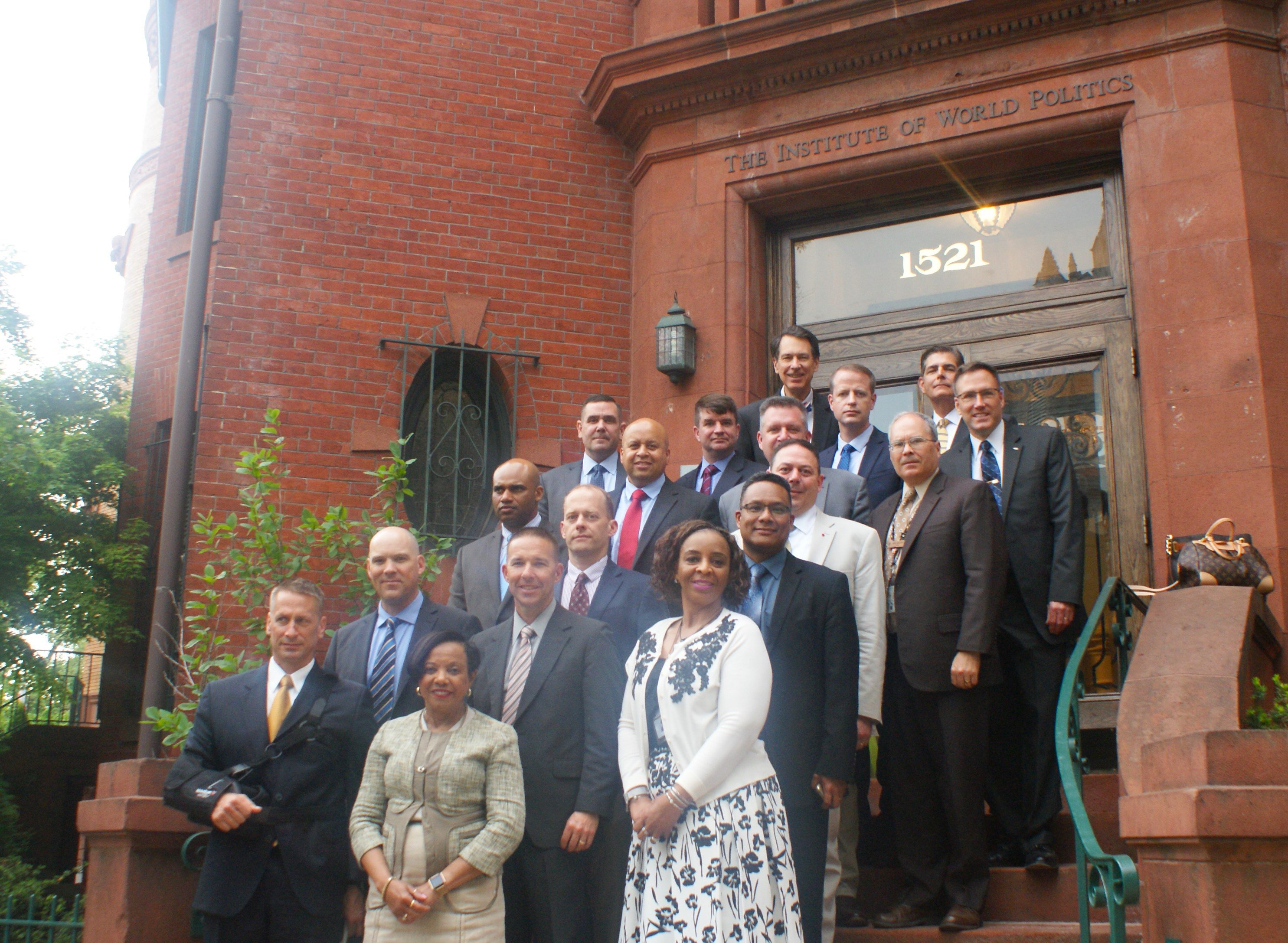 On May 10, a group of 15 students from the U.S. Army War College School of Strategic Landpower visited IWP for a day of panel discussions with IWP faculty members as a part of the USAWC National Security Staff Ride / Capstone program.

The goal of this visit was to provide participants with strategic-level insights through exposure to IWP’s mission, vision, and leadership’s philosophy and to highlight the challenges we have faced in planning and operating in relation to U.S. national security.

Professor John Sano, former Deputy Director of the CIA’s National Clandestine Service and current professor of Intelligence Studies at IWP then gave a presentation of the role of intelligence in the formulation of foreign policy.

The next speaker was Captain Mark Assur, USN (Ret.), who is the current U.S. Navy Senior Advisor for Counterintelligence (CI), Human Intelligence (HUMINT), and foreign materiel programs to the deputy chief of naval operations for information warfare / director of naval intelligence (OPNAV N2N6), and a directorate head in the Naval Intelligence Activity. His remarks focused on the Navy’s CI and HUMINT missions.

IWP professor and holder of the Kosciuszko Chair of Polish Studies Dr. Marek Jan Chodakiewicz gave a final presentation on contingency plans for the Intermarium in case of a Russian invasion.

The U.S. Army War College has visited IWP for the past several years, and we would like to offer a special thanks to MG John Kem, USA for requesting to continue this tradition, and to Prof. Fred Gellert for bringing this group for a visit to our school.