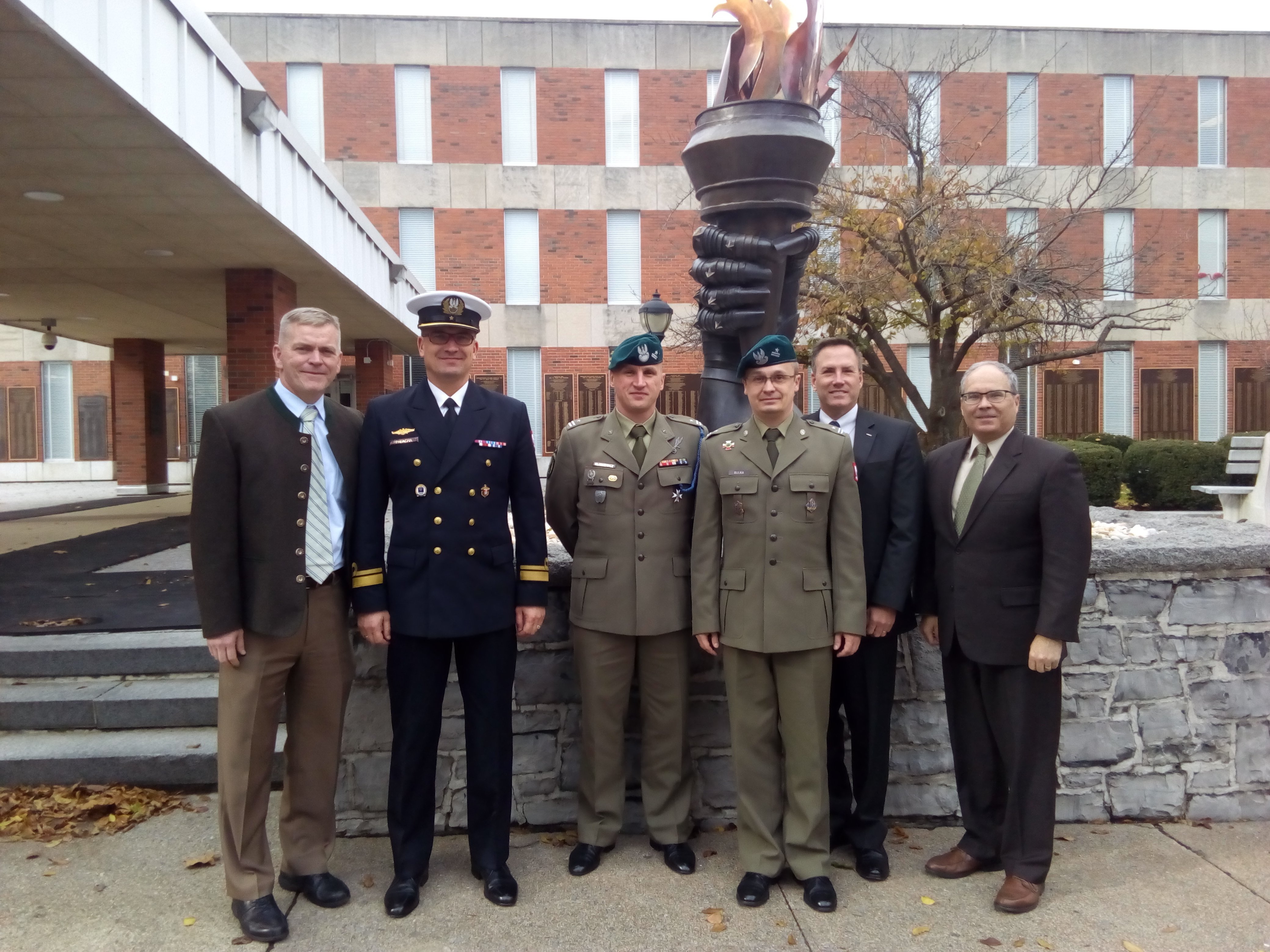 Above: IWP Senior Polish Fellows on a visit to the U.S. Army War College

At the War College, they were hosted by Colonel Darrell Driver, Ph.D., Professor of National Security Strategy and Director of the European Studies Program, and Colonel Fred Gellert, Professor of Resource Management, Department of Command, Leadership, and Management (DCLM) in the School of Strategic Landpower (SSL).

The Polish Officers attended class with USAWC Class of 2019 students in the Department of National Security and Strategy. Later, they attended an all hands USAWC lecture presented by Kathleen Hicks, former Principal Deputy Under Secretary for Policy under President Obama and now a Senior Vice President at the Center for Strategic and International Studies.

Finally, the Polish Officers met with the Provost, Dr. James Breckenridge, who was formerly the dean of the Ridge College of Intelligence Studies and Applied Science, at Mercyhurst University.

On the way back, the group visited the battlefield at Gettysburg, which they had previously toured with IWP on November 11. They visited Confederate positions on Pickett’s Charge and the Virginia State Monument.

This is the second year that the Polish Ministry of Defense has sent Senior Officer Fellows to complete the Graduate Certificate Program at IWP.

Above: IWP Senior Polish Fellows visit the battlefield at Gettysburg.