IWP is pleased to announce the Thomas C. Atwood Scholarship for Academic Excellence, a new scholarship at the Institute. IWP student Erik Khzmalyan is the first recipient of this scholarship.

About 30 IWP supporters contributed gifts to make possible this scholarship, which was created in honor of former Senior Vice President for Institutional Advancement Tom Atwood.

“Tom hired me, and unfortunately we only worked together briefly before he became gravely ill,” remembers IWP Vice President for Institutional Advancement John Bergholz. “He was a thoroughly decent man, and after [his widow] Eileen indicated that people could make a donation in Tom’s name in lieu of flowers, we began to receive some donations, including from fellow staff, faculty, trustees, and others in the IWP family. It’s a fitting tribute to Tom.”

“While his leadership made an incredible impact on the history of our school, Tom, more importantly, was a man of faith and deep convictions,” said John Lenczowski, IWP founder and president. “He cared about the mission of our school, and in protecting faith, family, freedom, and the American cause. He was an inspiration to many of us, and he is deeply missed.” 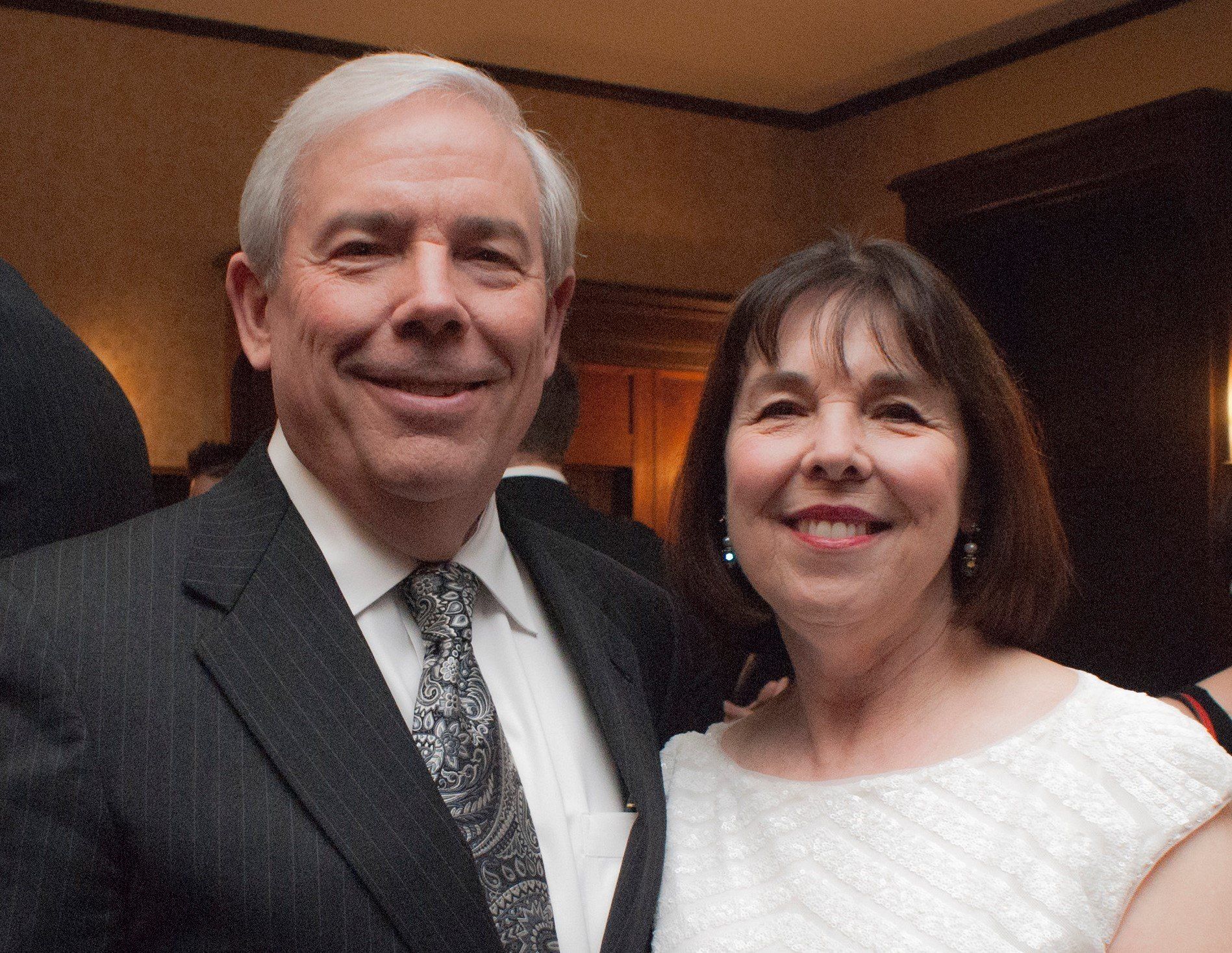 Above: Tom and Eileen Atwood at IWP

Eileen Atwood commented: “My family and I were thrilled to know that our beloved Tom’s inspiring legacy will be remembered in perpetuity through the wonderful Thomas C. Atwood Scholarship for Academic Excellence established in 2018 and awarded annually to a deserving IWP student. We were also very pleased to learn of the scholarship’s first recipient, Erik Khzmalyan, who exemplifies that passion and commitment to IWP’s mission and service to the broader community. Tom’s tenure as VP of Institutional Advancement while at IWP capped a long career dedicated to our nation’s Founding Principles, based on a commitment to life, liberty, and the pursuit of true happiness.”

Erik is an M.A. candidate in the Statecraft and National Security Affairs program at IWP. He comments: “I’m absolutely grateful and humbled to be awarded a scholarship that honors Mr. Atwood’s legacy. The benevolence of the Atwood Family is truly inspiring, and I cannot express my gratitude enough.” 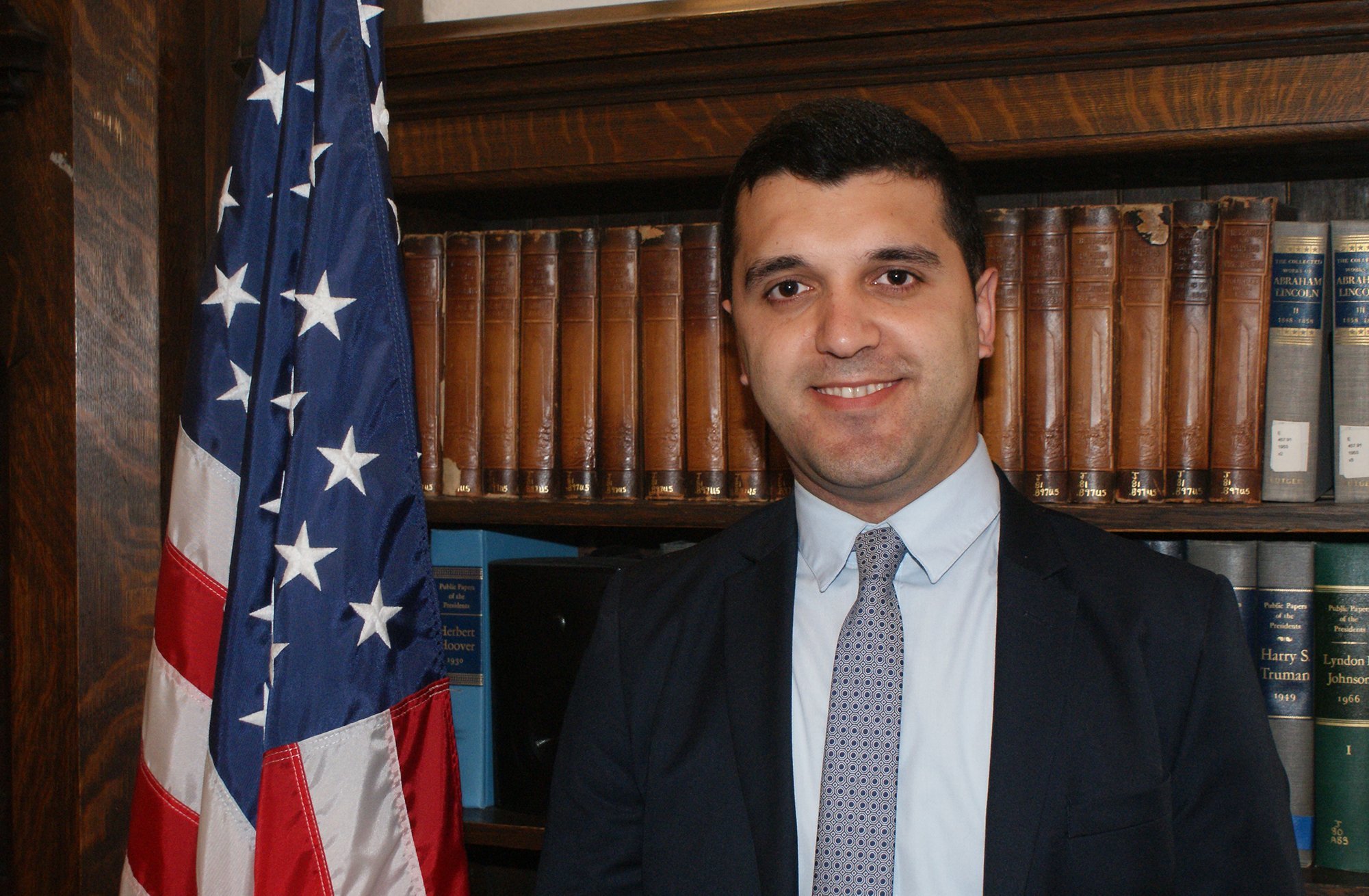 Above: Erik Khzmalyan is the first recipient of the Thomas C. Atwood Scholarship for Academic Excellence.

Originally from Armenia, Erik first moved to the United States at the age of 15 after receiving a highly competitive scholarship from the U.S. Department of State to attend high school in Newport, Oregon. Later, he graduated from Southwest Minnesota State University (SMSU) with a B.A. in Political Science. While at SMSU, Erik was actively involved in Philosophy and Political Science clubs and was recognized for his academic achievements by the Political Science Department.

After graduating from SMSU, Erik moved to Washington D.C. where he worked at one of the local political consulting firms. Having attended several public lectures at IWP, he made a decision to apply for a Master’s program in Spring of 2017.

Ever since, he says, “I have benefited tremendously from IWP’s curriculum, which has enabled my further participation at think-tanks, policy magazines, and panel discussions.”

Erik has given several public lectures at IWP, including a lecture on “Russia’s Pacific Fleet: History, Strategy, and Attempts for Revival” at the Student Symposium in May 2018, “Human Geography of the Caucasus: Identity, Culture, and the Russian Factor” in June 2017, and “Islam in the Russian Domain: History, Threats, and Containment” in July 2017.

In addition, Erik has appeared as a guest speaker at the Forum on International Affairs and American Political Science Association. His articles have been published at The National Interest, The American Thinker, Geopolitical Monitor, and ERA Institute.

At IWP, Erik is a Student Ambassador and has also received the Joe C. Hayes Memorial Scholarship.

After graduating this May, Erik plans to continue to be involved with various think tanks nationwide, geopolitical risk consulting, and publications pertaining to international issues.

He comments: “I’m very fortunate to be attending the IWP and will always cherish my time here. The excellent curriculum, mission-oriented approach, the invaluable interactions with professors and fellow students alike have unquestionably enlightened my academic experience. I look forward to utilizing my knowledge in political and foreign policy decision-making processes that directly impact the U.S. national interests.” 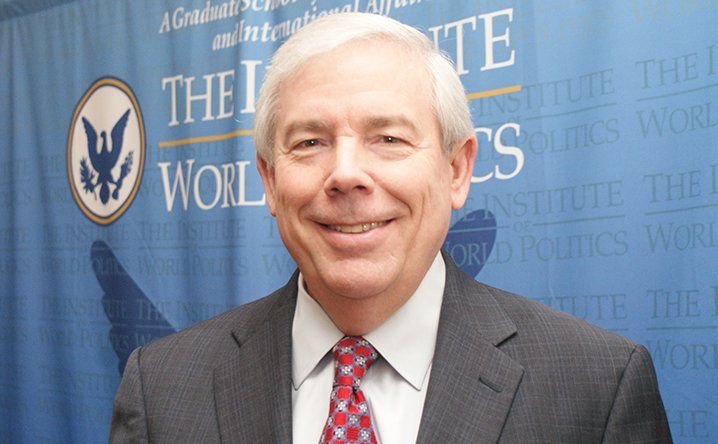 “Our supporters see IWP as a cause. Many of our supporters are highly accomplished people who have built companies or served our nation at high levels and recognize the importance of IWP as their opportunity to give back. They see IWP as a vital part of helping our country and defending and restoring our founding principles.”