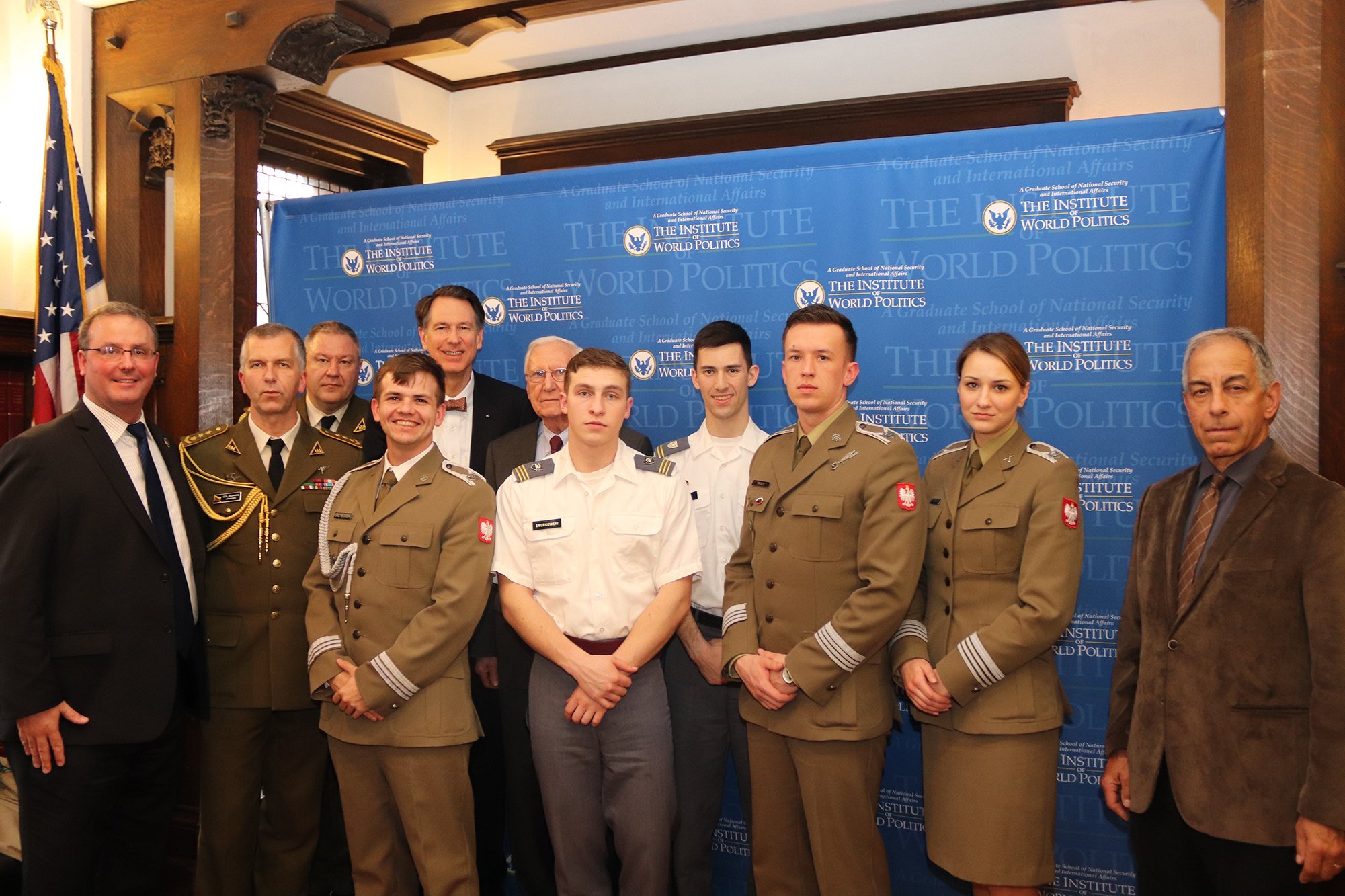 Above: The West Point Kosciuszko Squadron on a visit to IWP.

This April, IWP was pleased to host two groups of cadets from the United States Military Academy at West Point.

On April 5, the West Point Kosciuszko Squadron made its annual visit to the Institute, led by Col. Steve Olejasz and Professor Larry Mansour. At a roundtable seminar, the cadets met with Lithuanian Defense Attaché Colonel Alvydas Siuparis and former Lithuanian Chief of Defense General John Kronkaitis. They also listened to a lecture by Professor Marek Chodakiewicz, holder of the IWP Kosciuszko Chair in Polish Studies, and met IWP founder and president, Dr. John Lenczowski. Their next stop after IWP was a visit to the Polish embassy. 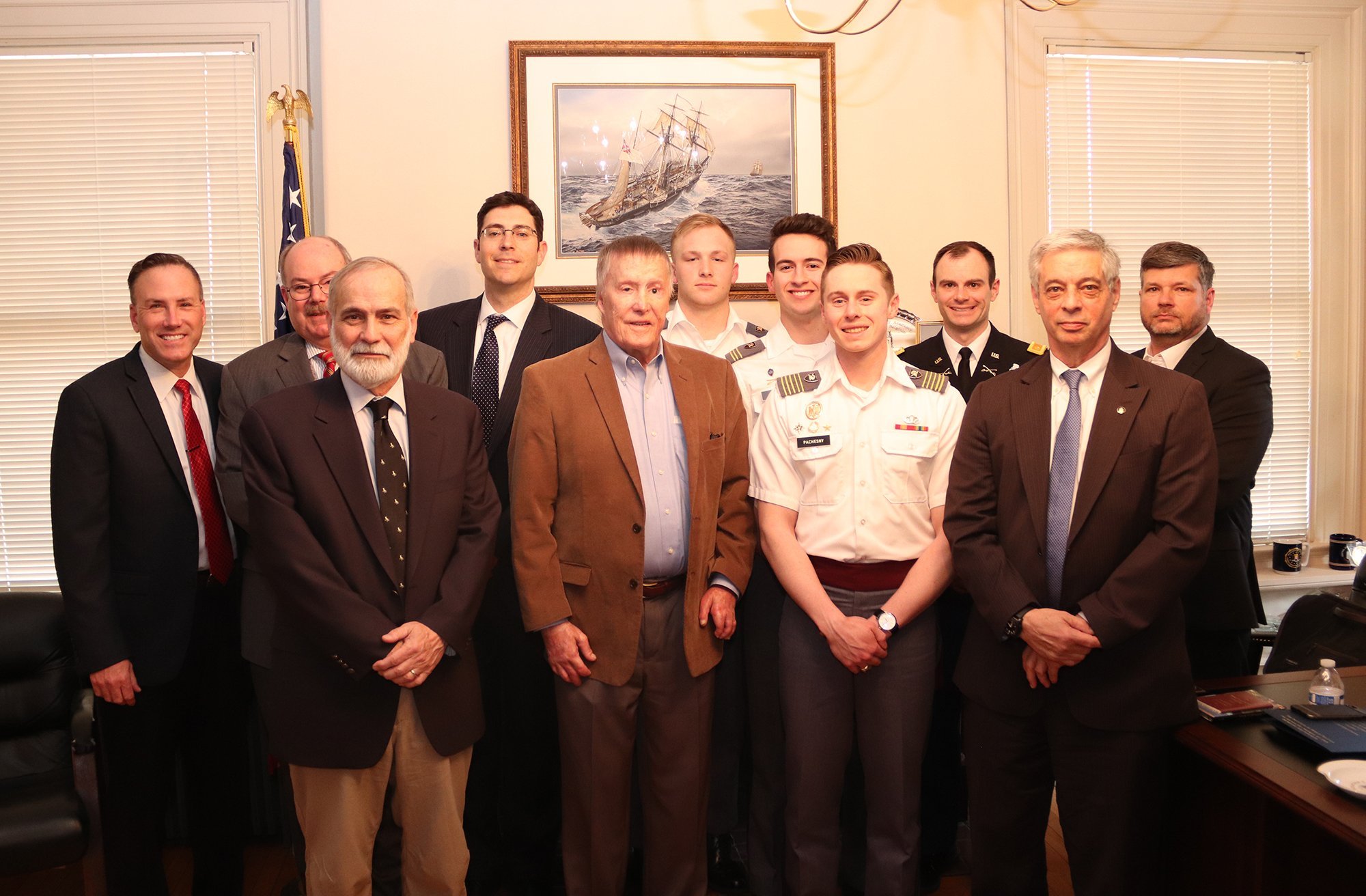 Above: West Point cadets from Dr. David Gioe’s intelligence history class on a visit to IWP.

The cadets, who are currently enrolled in a course on intelligence history with Dr. Gioe, began their day with a visit to the CIA, which was followed by a visit to IWP for a roundtable discussion on intelligence.

Dr. Reynolds is an expert on modern military history and intelligence. A Marine Corps veteran, he captured field history as it happened and later served as a CIA officer at home and abroad. He has served as the historian for the CIA Museum, teaches as an adjunct professor at Johns Hopkins University, and is the author of Writer, Sailor, Soldier, Spy: Ernest Hemingway’s Secret Adventures, 1935-1961.

This is the second year that IWP has hosted an intelligence roundtable for West Point cadets.