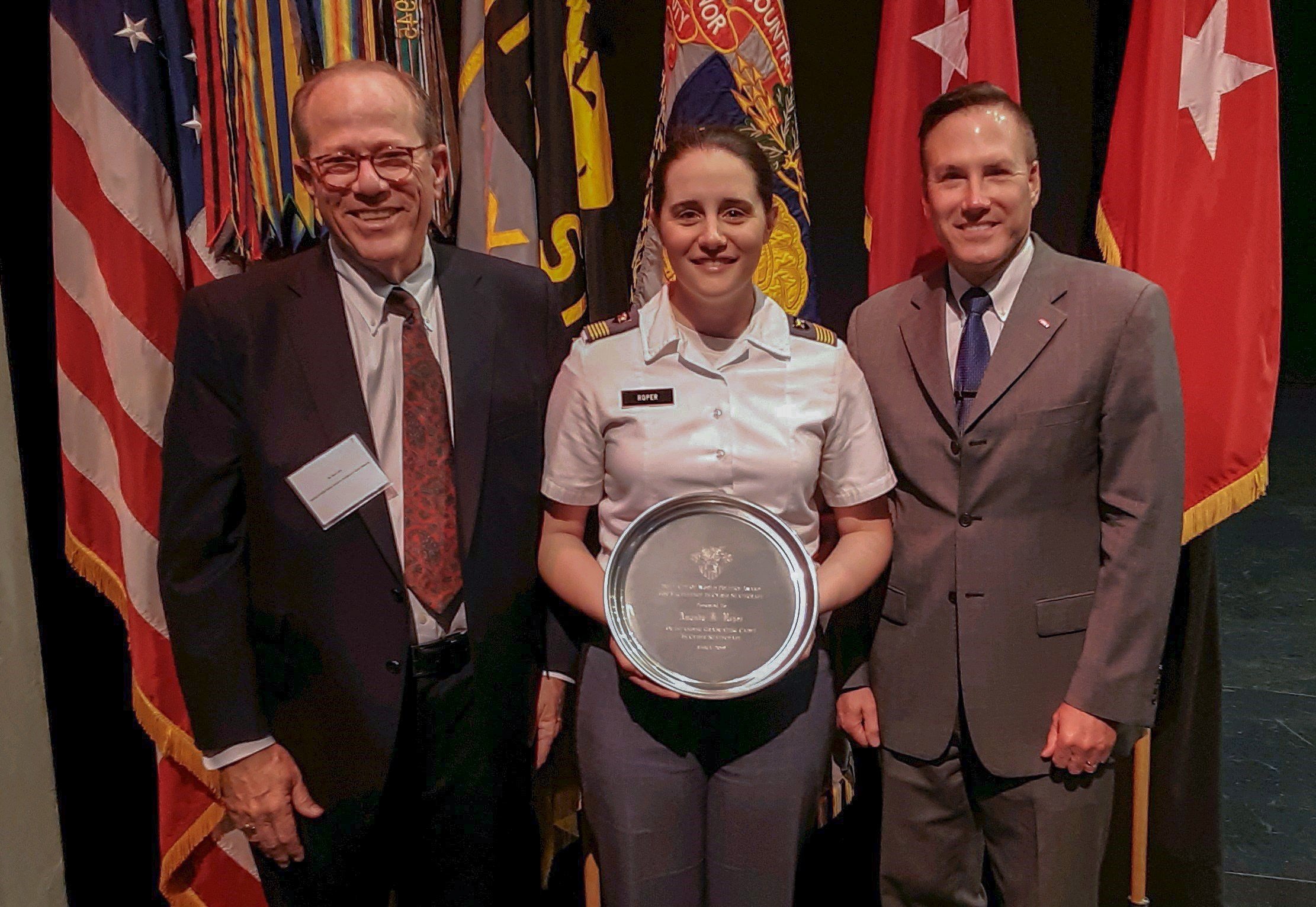 On Thursday, May 23, Dean Lane, Senior Vice President for Cyber Intelligence, Chris Glass, Senior Vice President for Professional Affiliations, presented the annual Institute of World Politics Cyber Statecraft Award to Cadet Amanda Roper, U.S. Army. The presentation was made during the Superintendent’s Awards for Excellence and Achievement Ceremony at the United States Military Academy at West Point, class of 2019 convocation.

Amanda majored in Computer Science at West Point and was commissioned a 2nd Lieutenant into the Cyber Branch on Saturday, May 25th, 2019. In her final year as a Cadet, she was the Regimental Operations Officer for First Regiment, the Team Captain for the Equestrian Team, and the Cadet in Charge for the Cyber Policy Team. She hails from Seattle, Washington and has four siblings and two loving parents. She started her journey at West Point on the Division 1 Lacrosse team for two years before leaving to pursue other opportunities. These opportunities felt serendipitous as she went to a threat casting conference that led to her joining the Cyber Policy Team. Similarly, she was considered late for Key Summer Leadership, the process that selects Regimental Leadership for summer training details, but was given the opportunity to be the Executive Officer for Cadet Basic Training II, which she considers one of her largest learning experiences while at the Academy.

The award represents a partnership between IWP’s Cyber Intelligence Initiative (Ci2) and the U.S. Army Cyber Institute. It will be presented each year to an outstanding graduate who has demonstrated superior excellence and initiative in cyber statecraft studies.