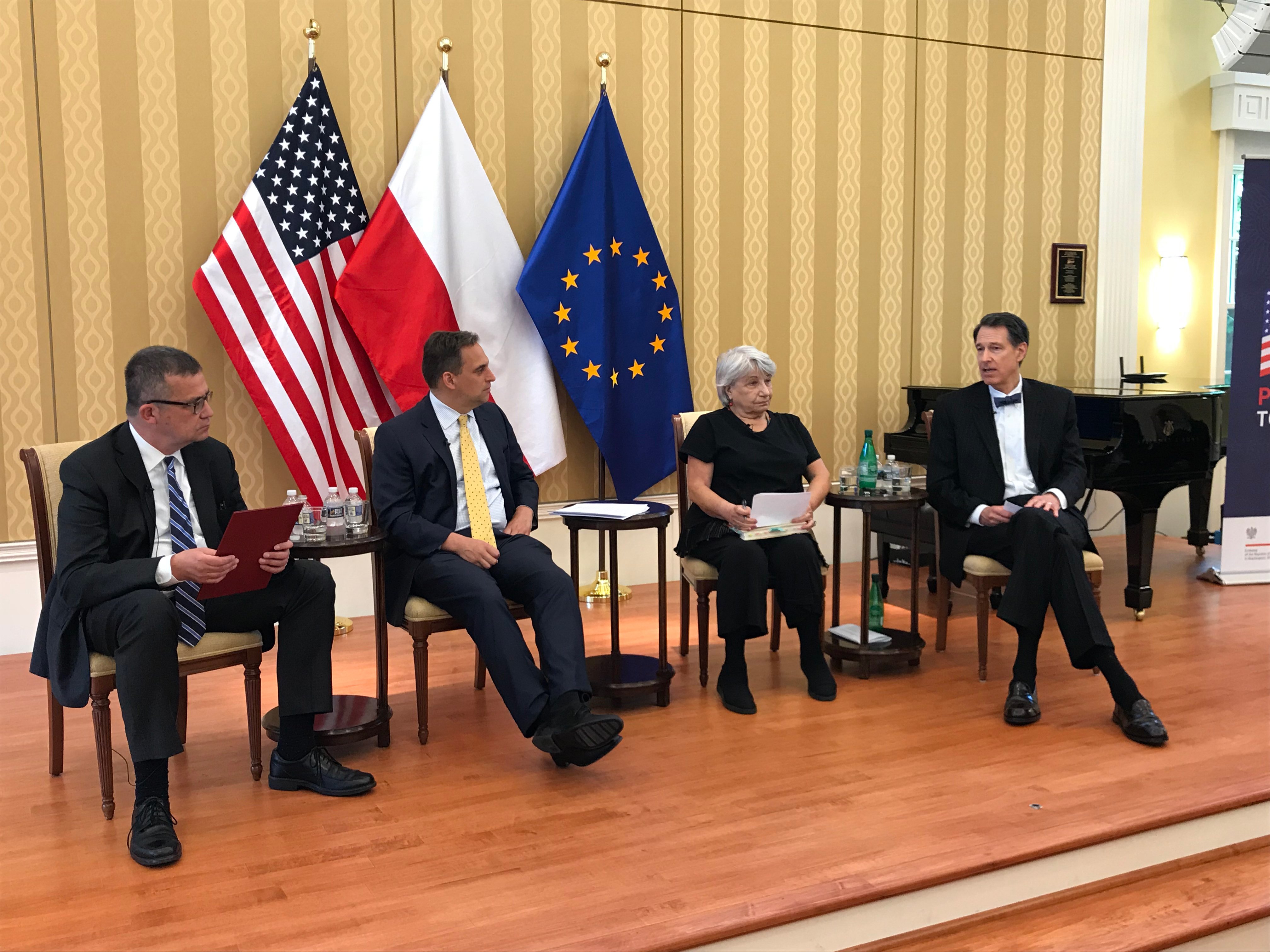 Above: John Lenczowski speaks at the Polish Embassy Event on May 21.
Photo credit: Martin Wołk MSZ

On May 21st, 2019, founder and president of The Institute of World Politics John Lenczowski participated in a panel at the Polish Embassy, discussing the recently published A Covert Action: Reagan, the CIA, and the Cold War Struggle in Poland by Seth G. Jones. Dr. Lenczowski was joined by Ambassador Piotr Wilczek, who chaired the panel, as well as Dr. Jones, the author and Harold Brown Chair at CSIS, and Irena Lasota, who is President and Co-Director of the Institute for Democracy in Eastern Europe.

Dr. Lenczowski and the panel examined the subjects of Dr. Jones’ book, which explores the CIA operation called QRHELPFUL that supported Poland’s Solidarity movement and contributed to the fall of communism in the Soviet Union. Ambassador Wilczek began the discussion by speaking about his own memories and insights into this period of Polish history, before opening up the discussion to the panelists. Each panelist, drawing from personal experience, gave a brief statement concerning the topic of A Covert Action and the memories it evokes from them of Poland under communist influence.

In the following question-and-answer section of the panel, Dr. Lenczowski and his fellow panelists spoke to the audience on a wide variety of topics related to the both Poland’s past and present, particularly the factors that paved the way for the operation’s success as well as the implications for the current political environment and the culture of Poland. Operation QRHELPFUL is a representation of the good that can result from Polish-American cooperation, the panel agreed, and was a crucial moment in the modern history of East-Central Europe. The conversation focused on Poland’s solidarity movement in the 1980s and the importance geopolitically of the support of the U.S. amidst the high tensions of the Cold War period.

Dr. Lenczowski has participated in similar panels discussing the politics of Poland during the Cold War. In April, he took part in a panel entitled, “Poland, the U.S., & NATO: Confronting the Russian Threat,” as a part of the Kuklinski Museum Discussion Series – 30 Years After the Fall of Communism in Europe. In that panel, Dr. Lenczowski again emphasized the significance of the U.S.’s cooperation with Poland and Poland’s part in the fall of Russian communism.

The book discussed at the Polish Embassy’s panel, A Covert Action: Reagan, the CIA, and the Cold War Struggle in Poland, by Dr. Jones was published by W. W. Norton & Company in 2018.