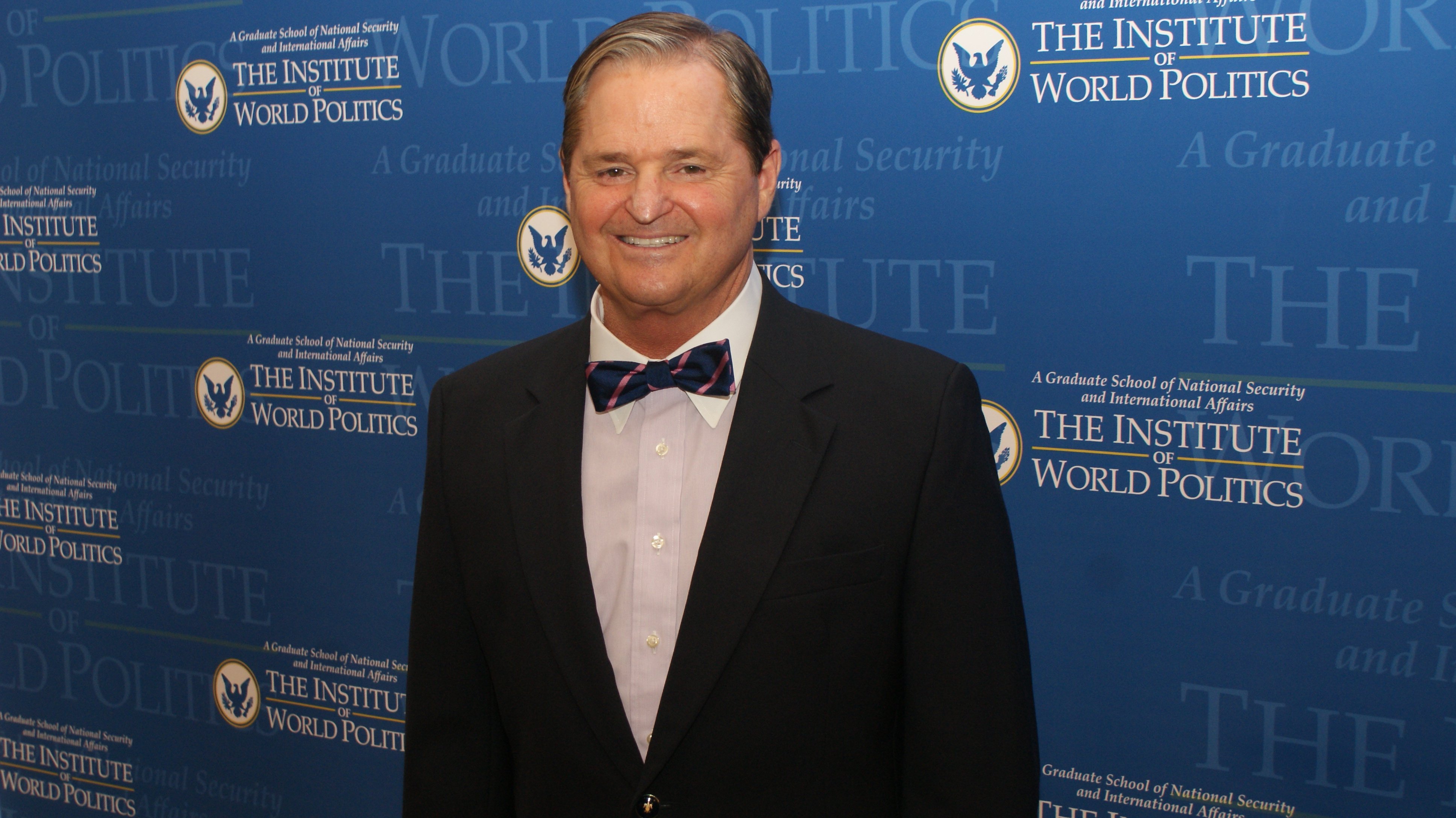 A longtime supporter of ours, Michael C. Maibach, has joined the Board of Trustees at The Institute of World Politics. As an IWP alumnus, he has served on our Advisory Board for ten years.

IWP Vice Chairman John Lovewell commented, “Michael is entrepreneurial, creative, and brings deep organizational experience to our Board. He established and led the Global Government Affairs Department of the Intel Corporation for 18 years as its first Vice President. In 2003 he became President & CEO of the European-American Business Council. During his decade at EABC he grew its membership from seven to 70+ global companies. As an IWP graduate he understands and is enthusiastic about our mission. We are very pleased to welcome Michael Maibach to the Board of Trustees.”

Mr. Maibach’s extensive career began when he was elected to the DeKalb County Board (Illinois) while  in college, becoming the first American elected to public office under twenty-one years of age in U.S. history.  After graduate school he joined the Caterpillar Tractor Company, serving in Illinois, California and Washington, D.C.  He was then hired by the four founders of Intel, where he initially served as assistant to Intel founder Dr. Robert Noyce, the inventor of the integrated circuit.  During his time at Intel, he received three Intel Individual Achievement Awards and testified on eighteen occasions before the U.S. Congress on behalf of Intel and industry associations. He was engaged in Presidential Commissions for both Presidents Reagan and H.W. Bush and served on two U.S. State Department advisory boards.

Today, Mr. Maibach serves on several non-profit Boards and is a Fellow of the International Academy of Management. He is the Managing Director and Trustee of the James Wilson Institute, and this summer will launch a non-profit, The Center for the Electoral College.

Over the years, Mr. Maibach has invested in the lives of IWP students, wanting them to receive the same rich experiences he did at the Institute. His Fellowship at the Center for the Study of the Presidency and Congress inspired him to set up a partnership program for IWP students who were then named as Center Fellows.  Mr. Maibach is a longtime member of the IWP Chancellor’s Council, has mentored IWP students and alumni, has given talks at IWP entitled “Virtues of Commerce and a Commercial Republic” and “Confessions of a Corporate Lobbyist,” and has served on IWP’s Center for Intermarium Studies Advisory Board.

Mr. Maibach graduated with a BA and MA from Northern Illinois University.  A lifelong student, he also earned a BA from California State University, a BS from American University, an MA from Georgetown University, and an MA from IWP. He complemented these studies with graduate work at Oxford and  Cambridge in the UK, IIST in Japan, and la Universidad Ibero-Americana in Mexico. This fall he will complete an MA in Ashland University’s American History and Government program.  Mr. Maibach has been a guest lecturer at forty U.S. and European universities, including the IWP and the Anglo-American College in Prague where he once taught international business.

Michael has published over seventy essays and will publish a book of his poems this year, many of which can be found on Facebook, as well as on www.MaibachPoems.us.

IWP looks forward to continuing its partnership with Mr. Maibach as he joins the Board of Trustees.