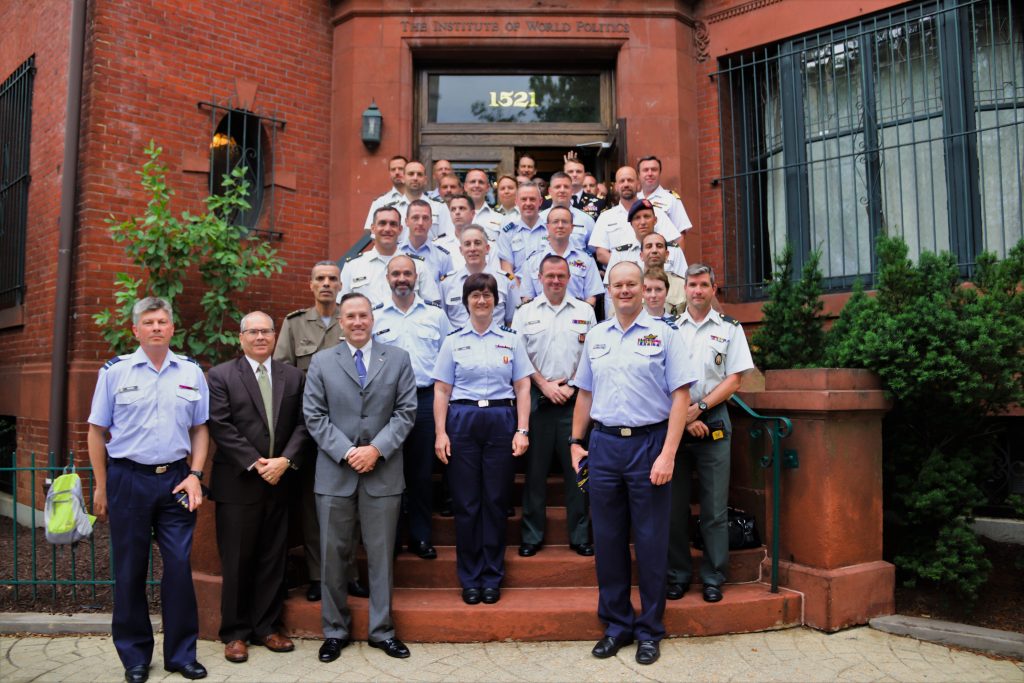 On Monday June 24, 2019, officers from the Belgian Command and General Staff College visited IWP as part of their annual United States capstone tour. This is the third year in a row that students from the College have visited the Institute during the Washington portion of their trip.

Thirty-three officers from 12 nations attended the four-hour program. The visit was organized at the request of Brigadier General Georges Franchomme, the Belgian Defense Attaché. Major General Lutgardis Claes, Commandant and Rector of the Belgian Royal Military Academy, was the Senior Officer in attendance.

The day concluded with a reception at the residence of Belgian Ambassador to the United States, the Honorable Mr. Dirk Wouters.