IWP Professor Dr. Matthew Daniels spoke about human rights in the digital age at a panel discussion on July 30th hosted by the Permanent Mission of the Republic of Senegal to the United Nations. Celebrating the International Day of Friendship, the panel examined ways that NGOs and non-profits can use digital technology for the good of humanity and to combat human rights abuses. Dr. Daniels was joined by Ms. Katy Mony and Mr. Stephen Enada.

Ambassador Cheikh Niang, the Permanent Representative of Senegal to the UN, introduced Dr. Daniels. In his introduction, he noted that Senegal is known for being tolerant of different countries and cultures. The country, he said, is deeply touched by human rights.

Dr. Daniels began his portion of the talk by saying that the goal of his new book, Human Liberty 2.0: Advancing Universal Rights in the Digital Age, is to promote the principles of the UN Declaration of Human Rights (UDHR), which was proclaimed by the General Assembly in 1948. Unlike other declarations in history, which are mostly addressed to monarchs, tyrants, and regimes, the UDHR is addressed to all of humanity. This is because individuals have the strongest interest in the protection and promotion of their own rights, Dr. Daniels told the audience. 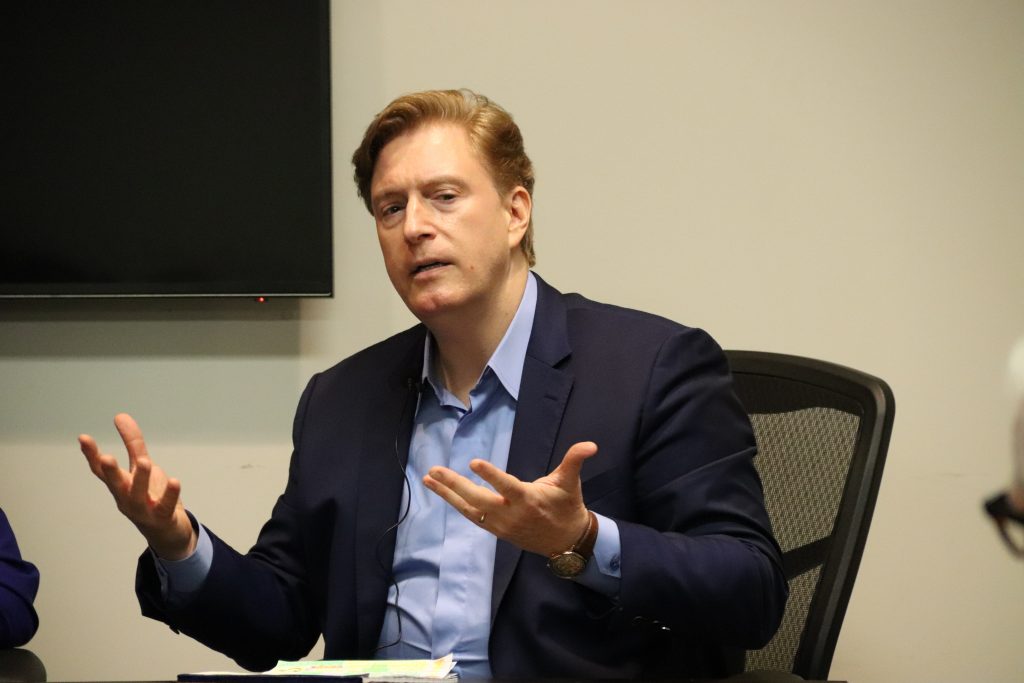 Dr. Daniels then discussed the revolution of the digital age and the impact it has had on human rights. In the digital age, where information can be transferred freely and quickly, people, NGOs, and non-profits have at their fingertips powerful tools to fight against human rights abuses and atrocities committed around the globe.

Human Liberty 2.0 is a collection of stories of people who have taken up the torch in promoting human rights and aiding those impacted by disaster. Human rights and the principles of the UDHR are “best communicated not in the abstract but through lives and stories,” he said.

However, the publication of this book is not the end. Dr. Daniels told the audience, “I want to expand the universe of stories that we are able to tell and share.” He plans on this book being an annual publication, with new stories every year promoting the pursuit of human rights worldwide.

Dr. Daniels was followed by Ms. Katy Mony, the Director of Business Development and Partnerships for Ushaidi, which is a small organization operating across eleven countries that builds upon open source technology to promote human rights and help aid in the response to natural disasters. She began her talk by telling the story of how Ushaidi got its start. It was founded by four Kenyan bloggers who were witnessing atrocities that were not receiving the news coverage they needed. So, they took it upon themselves to create a platform where people could share reports and pictures of what was happening around them.

Ushaidi is best known for their crowdsource mapping. They use information gathered from the community and anyone who can offer it through a variety of sources, including text, apps, email, Twitter, and websites. They then verify and follow up with the information before structuring it into a live, interactive map. This free map has been instrumental for situational awareness during crises and natural disasters. 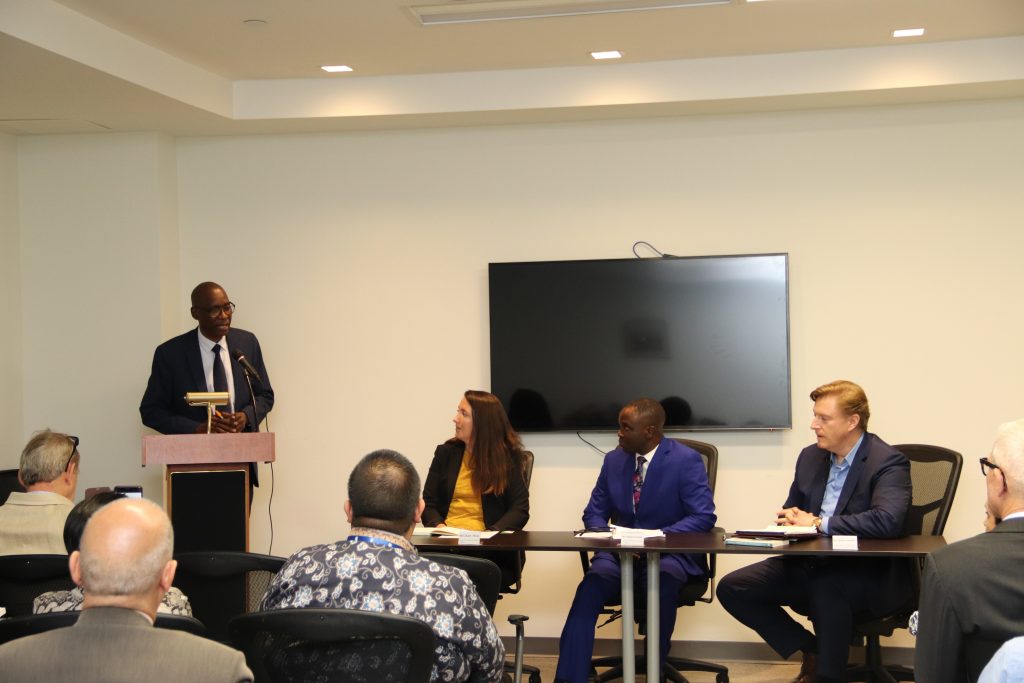 After Ms. Mony finished her presentation, Dr. Daniels told a story about Ushaidi that is included in his book. Patrick Meier, former director of Ushaidi, used crowdsource mapping, created by volunteers, to help people trapped in rubble in Haiti. He also used crowdsourcing to get people from across the world to translate emergency update texts into Haitian Creole so that the responders could communicate with the people trapped in the rubble and the community. His use of digital technology saved lives, Dr. Daniels explained.

Stephen Enada, Executive Director and Co-Founder of the International Committee on Nigeria (ICON), was the final person to present at the panel. He discussed the issue of rising levels of violence and lawlessness in Nigeria. He helped to create an app that would allow people to capture pictures of crimes and atrocities that then could then be securely uploaded with coordinates of where it was occurring. The app then will collect metadata for verification.

Mr. Enada explained that this app both confirms what is actually happening and keeps a record of it. This record can then be used to look at trends of violence and human rights abuses. The goal is to protect vulnerable citizens and communities.

After the three panelists spoke, the audience was able to ask questions to facilitate a deep discussion on the ways that digital technology can be used to confront and mitigate human rights abuses.

Coverage of this event by the Society & Diplomatic Review

Video of this event About IWP