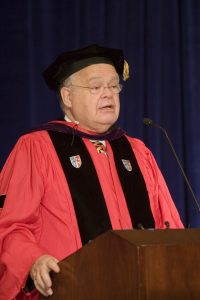 During his years at the helm, Mr. Smith led the Institute through many significant changes, including its independent accreditation in 2006 by the Middle States Commission on Higher Education; the establishment of IWP’s Master of Arts in Strategic Intelligence Studies in 2007, additional professional Master’s degrees and Certificates of Graduate Study in 2014, and the doctoral program in 2017; and the Silver Anniversary Campaign and subsequent purchase of IWP’s campus in 2016.

Owen’s Chairmanship has made an incalculable contribution to the growth and continuing success of the school.

Owen has brought to us his knowledge and experience as an entrepreneur, attorney, government official, philanthropist, professor, university department chairman, associate of William Casey, and expert on national politics.  I have never known anyone with such an extraordinary and varied background, and we have been exceptionally blessed to have had him as our Chairman, counselor, benefactor, and colleague.

Owen’s Chairmanship has made an incalculable contribution to the growth and continuing success of the school. He has provided us with unparalleled leadership and has enabled us to penetrate, and prosper in, the most competitive foreign affairs education market in the world in our nation’s capital.  He has been an indispensable presence, and I am delighted that he will remain on the Board of Trustees as Chairman Emeritus. 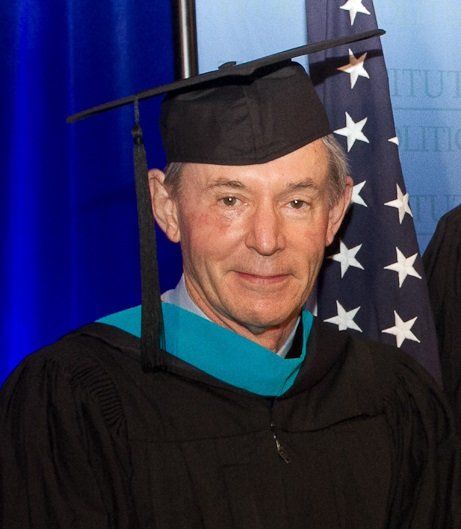 Mr. Lovewell has served on the Board of IWP for 14 years and was Vice Chairman for many years. He is founder of the Lovewell Company, which develops and invests in speculative office, research and development, and retail projects in Silicon Valley and the greater San Francisco Bay Area. In a joint venture with Keenan Land Company (known as “Keenan Lovewell Ventures”), the Lovewell Company has developed ten projects totaling approximately 1,400,000 square feet.

Prior to forming the Lovewell Company, Mr. Lovewell was a general partner in the Mozart Development Company in Palo Alto from 1982 to 1987. Before his involvement with Mozart Development, Mr. Lovewell served as Vice President and then President of Argus Financial Corporation.  He also worked for eight years at Union Bank, concluding as Vice President and Manager, Business Development. He graduated from the University of California, Berkeley and obtained an MBA in finance from San Francisco State University.  He served as a U.S. Navy Supply Officer aboard the USS Galveston (CLG-3) deployed in Southeast Asia during the Vietnam conflict.

We need leaders who understand grand strategy and appreciate the coordinated use of hard and soft power, so we can increase the probability of winning without war.

Chairman Emeritus Owen Smith has been my mentor and inspirational leader for ten years or more.  I hope to continue working closely with Owen to keep IWP on the positive trajectory he established.

The Institute is poised for substantial growth and success in its mission to educate great leaders for our nation, at a time when the need for such leadership has never been more urgent.  I wish it were not so, but I believe IWP is the only graduate school which comprehensively equips its students to meet the many national security threats facing the country.

We need leaders who understand grand strategy and appreciate the coordinated use of hard and soft power, so we can increase the probability of winning without war.  Our nation cannot succeed without leaders who understand the global strategic environment, appreciate the founding principles of this nation, and who have a moral compass.  IWP addresses all of these areas.

IWP has the finest faculty of scholar-practitioners in our field, a world-class administrative staff, dedicated trustees, and of course, a brilliant Founder and President.  I am honored to serve. 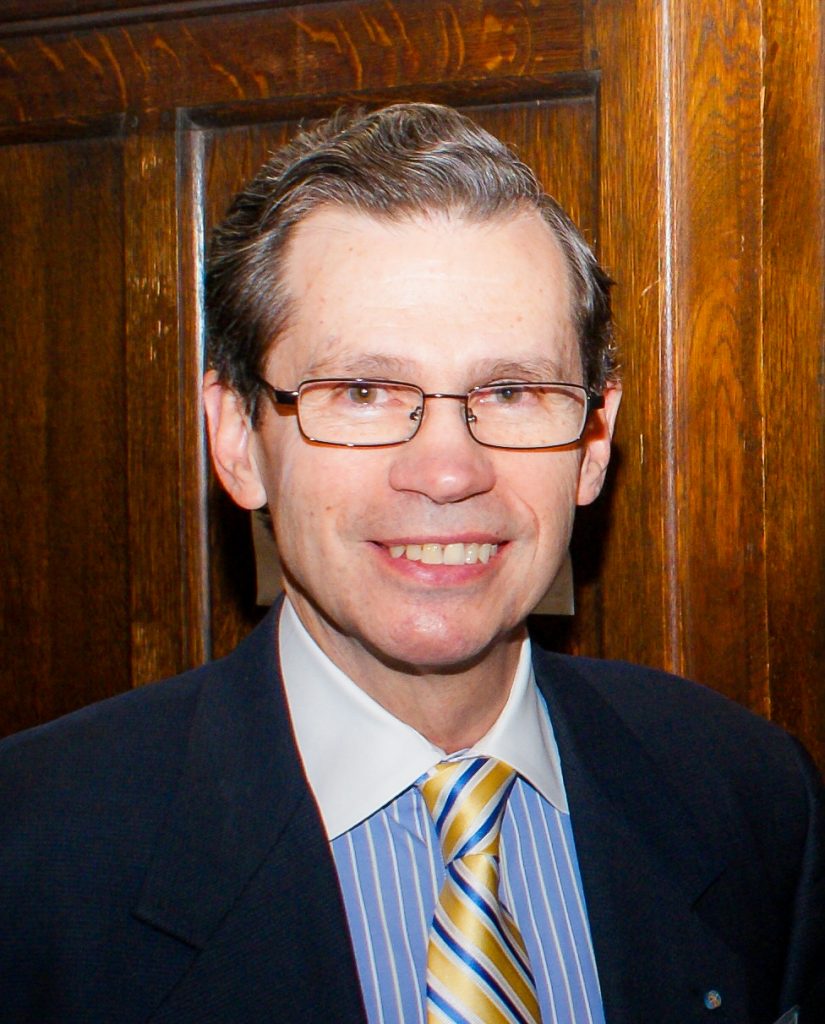 IWP’s new Vice Chairman, Tidal W. “Ty” McCoy, has 43 years’ service at the highest levels of government, private sector, and new ventures. He has developed a strong network of senior leaders in the United States and abroad and is still closely associated with the Department of Defense to provide information and assistance as requested. In addition, Mr. McCoy has direct experience in identifying and translating government technologies to the commercial market, including the introduction of the automobile airbag (a $15-20 billion a year industry).

Mr. McCoy retired from the military with over 25 years’ service, including an appointment as Secretary of the Air Force under President Reagan, before pursuing private sector ventures. Ty personally received three Medals for Extraordinary Service from the Secretary of Defense (2) and the Secretary of the Air Force, as well as other military medals, ribbons, and honors. In various executive positions, he formulated, planned, and executed major doctrinal changes, multi-billion dollar programs, legislative victories, association creations, and private company strategic contract/financing wins.

Mr. McCoy was a cadet at the United States Military Academy and completed West Point’s engineering program in 1967. He also earned an MS (Business Financial Management) from George Washington University in 1975.