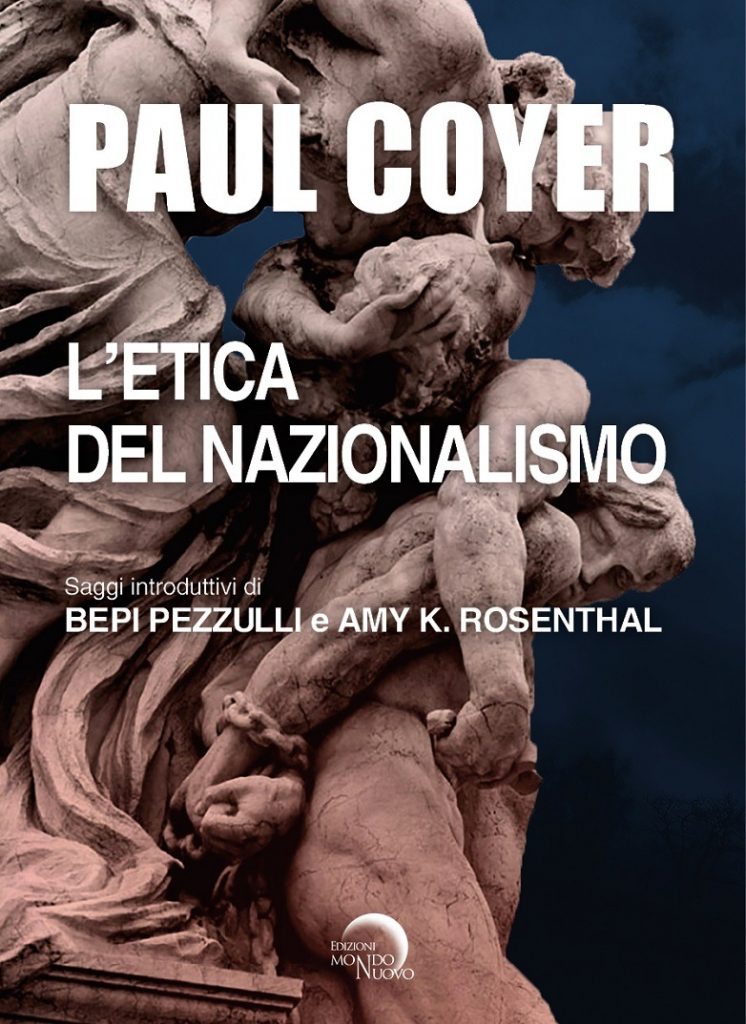 In March, IWP Research Professor Dr. Paul Coyer’s new book, L’Etica del Nazionalismo (The Ethics of Nationalism) will be released in Italy. In the book, Dr. Coyer writes that the nation, contrary to the predictions of some, has not only not disappeared but is experiencing a resurgence in importance. He argues that defining nationalism as uniquely embodying the dark forces of human nature, as many global elites do, is a simplistic and inaccurate understanding of the phenomenon. A perception gap exists on this topic between global elites and internal electorates, and this gap is one of the main reasons for contemporary political crises. He points out that having one’s primary loyalty and love for a common homeland and communal bond of the nation is not only not an inherent evil, but has very positive moral content that can enrich the lives of citizens, which fact goes far toward explaining the fact that normal citizens do not tend to share the critical view of many of their leaders towards nationalism. In terms of its impact on international order, he argues that the nation will continue to be central to the international order as that order continues to evolve and that that should be seen as a positive thing.

This work was first published by the National Defense University Press, which has given permission for its publication in Italy. Dr. Coyer just returned from several weeks in Italy on a speaking tour related to the publication of the book, during which he was received in the Italian Chamber of Deputies and Senate, met with leading Italian diplomatic and political figures, and was the featured speaker at an event hosted by the former Deputy Secretary General of NATO.

Paul Coyer joined The Institute of World Politics as a Research Professor in 2015. Dr. Coyer obtained his graduate degrees from Yale University and the London School of Economics and Political Science, writing this PhD on the history of Sino-American relations. Dr. Coyer has been a contributor to Forbes in the area of foreign and national security policy, is a co-founder and contributing editor of Providence: A Journal of Christianity and American Foreign Policy, and a member of the International Institute of Strategic Studies.