On March 10th, IWP hosted a student roundtable discussion with General Peter Pace. At this event, General Pace spoke with students about his experience as the 16th Chairman of the Joint Chiefs of Staff.

General Pace has had a distinguished 40-year career in the United States Marine Corps, holding command at virtually every level while serving both at home and abroad. General Pace was the first Marine to serve as both the Vice Chairman and Chairman of the Joint Chiefs of Staff and was awarded the Presidential Medal of Freedom in June 2008.

General Pace is currently serving on the Board of Directors of several corporate entities and is an adjunct faculty member and visiting professor at Indiana University in Bloomington, Fordham University in New York City, and Georgetown University in Washington, D.C. 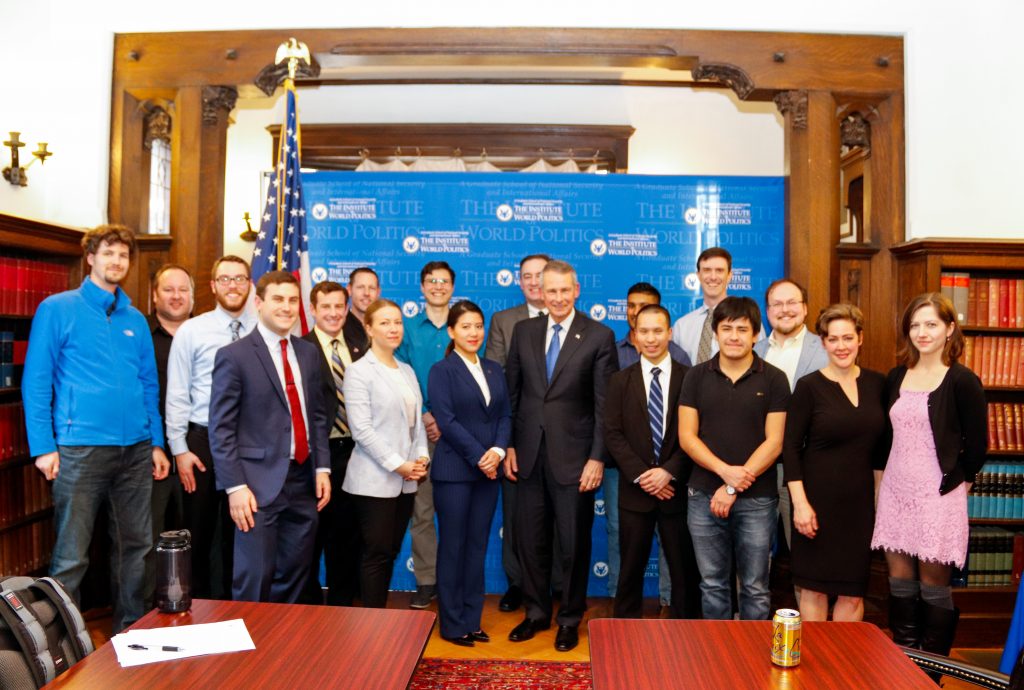