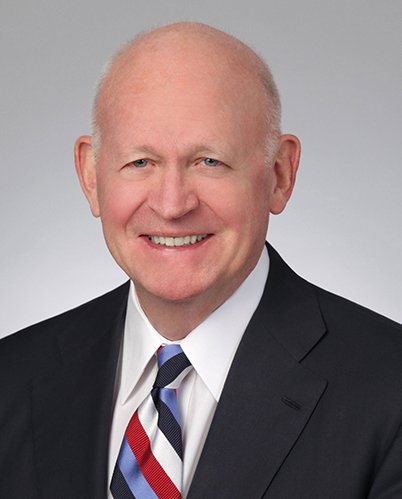 In a debate organized by the Oxford Union, Professor Michael Pillsbury spoke about China and the ever-growing concern it poses for the United States national security and foreign policy.

Dr. Pillsbury noted that under President Obama there was an indictment of five Chinese military hackers breaking into a nuclear reactor companies in Pittsburgh to get a competitive market edge over the United States. President Obama drew a new line in the South China Sea and put some tactical pressure on China. President Trump continued these policies. President Obama pioneered some trade issues with China in the Trans-Pacific Partnership, and President Trump recognized that more pressure was needed. Clearly, something must be done to coerce China into respecting laws and regulations, but the question is, how should the U.S. go about it?

What’s really at issue is the degree of pressure to ratchet up on China; we know that business as usual does not work.

Prof. Pillsbury argued that the term “New Cold War” is a trick, a Chinese construct to retaliate against external mounting pressure. The Chinese believe that the “Cold War mentality” is anyone who oppresses them, and that America has been opposing them for over a century. Dr. Pillsbury described the hypocrisy of China because what they would consider an act of war on their domain is exactly what they are carrying out on U.S. soil.

Prof. Pillsbury stressed the need to increase pressure on China to obtain results. Increasing tariffs, for example, caused Chinese officials to come to the negotiating table with a trade agreement promising no more intellectual theft, property theft, and technology coercion.

To beat the enemy, it is important to understand them, and with the Chinese Communist Party, it has been a continuous struggle between reformers and hardliners at the very top. For the West to succeed, there needs to be strong reform that shows the U.S. and other nations are not going to back down.

The term new Cold War is a very provocative statement; even during the Cold War no American leader ever used this expression with the Soviet Union. Prof. Pillsbury stated that the U.S. and USSR had summits, arms control agreements, détente, and some limited trade, all while having strategic tension which goes to show the U.S. is capable of handling intense situations.

For Dr. Pillsbury, the new Cold War is a means for the CCP to downplay the role and interconnectedness the U.S. has with China. The U.S. has over 2,300 staff members working in the Beijing Embassy and 50 U.S. governmental agencies in China helping their counterparts as well as military exchanges. Chinese officials fear these programs are to subvert them and allow for reform. By not stating this is a new Cold War and increasing programs between the U.S. and China, Dr. Pillsbury believes we can apply pressure to the CCP and allow for more favorable reforms.

Dr. Pillsbury, like many other professors at The Institute of World Politics, is a leading figure in his respective field of work. To learn more about IWP and its faculty members, click here.