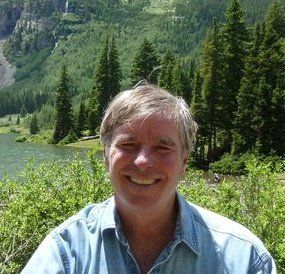 IWP is pleased to welcome Mr. John K. Garvey as the newest member of the Board of Trustees. An industry leader with vast experience in the oil and gas and real estate industries, John will be a strong addition to our Board.

IWP Vice Chairman Hon. Tidal McCoy comments: “I want to congratulate John Garvey for his election to the Board of Trustees of The Institute of World Politics, a renowned institution of higher learning for national security and statecraft. We at IWP are honored that he would join us and give his talents, his time, his counsel, his leadership, and his inspiration to our wonderful school.

“He is a great man of tremendous accomplishments in business and in public policy. He shares ideas and a sense of justice that have always been at the heart of our organization, our American Constitution, and our psychology towards great progress and development for every citizen of our nation and for humankind.”

After John became President and CEO of Petroleum, Inc. in 1992, the company grew nearly five-fold in eight years in net asset value. Although he has now sold most of the oil and gas operations of Petroleum, Inc., he has engaged in successful oil and gas exploration and production projects in the Mid-continent, the Rockies, Alaska, and Siberia. Additionally, he diversified his experience with significant Southwestern real estate ventures, including acquiring the Wickenburg Inn in Arizona.

In the political realm, he served on the Kansas Governor’s Trade Delegation to the PRC in 1986 and the Council on the Constitution in Washington, D.C. in 1998. He was active in advocating and consulting with the George W. Bush Administration, other public policy makers, and think tanks on a project advising developing countries in the War on Terrorism.

He is the co-founder and executive director of Family Businesses of America, which lobbied and provided testimony for modification of (and eventual repeal of) the Death Tax (Estate Tax) for America’s 11+ million family businesses.

John is an avid traveler who has visited 100 countries and lived part of seven years on the residential cruise ship and mega yacht “The World.” With his wife Jane, he has four sons in their 20s and 30s and five grandchildren.

Mr. McCoy said: “We welcome John with great aspirations for what he can help us do for our wonderful institution that trains so many who are so vital to our nation. God bless The Institute of World Politics, and we ask for the same blessings upon our great patriotic friend John K. Garvey.”