Pictured above: The launch of Dr. Daniels’ MLK education initiative was announced in conjunction with the 50th anniversary commemoration ceremony of the MLK Advisory Council of Georgia at Stone Mountain.

Mr. Derrick Dortch of IWP recently sat down with Dr. Daniels and Mr. Jones during a Federal News Network podcast to discuss events that have transpired in the United States in the recent months and how the MLK Educational Initiative may provide solutions.

The discussion focused on how citizens, specifically younger generations, can bring the country back together using non-violent social justice teachings promoted by Dr. Martin Luther King Jr. The curriculum created by Dr. Daniels and Mr. Jones is based on Dr. King’s teachings and has a goal of ultimately producing more empathetic leaders. Both Dr. Daniels and Mr. Jones noticed a disconnect in current American curriculum teachings and Dr. King’s principles and wisdom in seeking social justice through non-violence. Mr. Jones noted that school systems are being forced to streamline their curricula to fit current notions of what a 21st century education should look like, and, as a result, there has been a significant decrease in civic studies. Civic education is where students can learn about civic responsibility and the importance of commitment to one’s community. To combat the decrease in civics education, the MLK Educational Initiative aims to teach Dr. King’s non-violence and social justice principles to a digital generation.

With younger generations being raised in an age of technology and social media, it is also important to teach them how to use it in a positive manner. Dr. Daniels and Mr. Jones noted in a recent article for The Tennessean that if technology is used without respect for human dignity, it will only lead to greater violence. Educators have to use digital technology as a toolbox by teaching students that non-violent social change is the only path to long-term justice. The curriculum teaches students to use tools such as social media, and crowd sourcing to promote the teachings of Dr. King not only in their communities, but around the world. 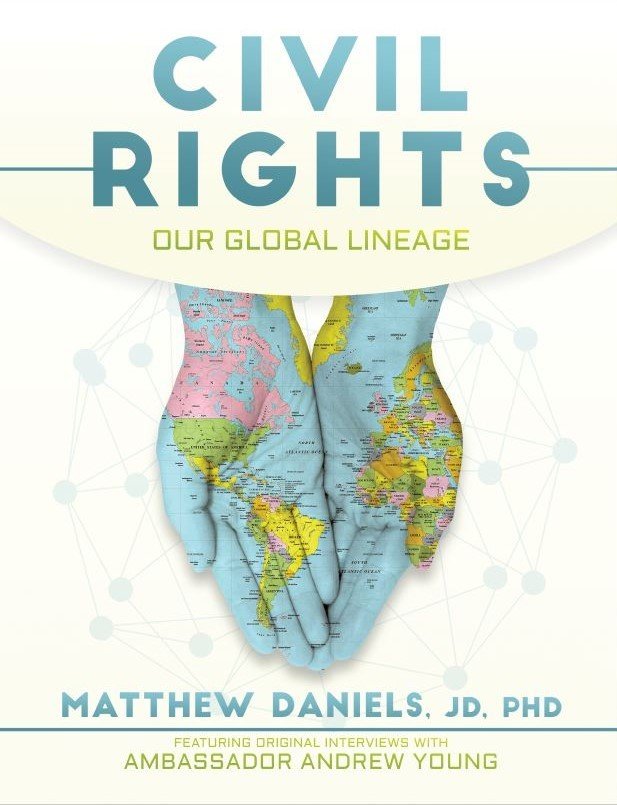 The curriculum also aims to teach students about what Dr. King and other social justice leaders, like John Lewis and Andrew Young, have accomplished in their lives and then challenges them to apply those principles to current society, stated Dr. Daniels in the interview for the Federal News Network. There is also an emphasis on using digital and social media to give students an opportunity to find their own voices and raise awareness in social change. Mr. Jones added that a number of schools have shown great interest in the new curriculum due to the fact that educators are recognizing gaps in teaching, as well as the fact that this initiative is oriented towards problem-solving.

The MLK Educational Initiative was first introduced in K-12 schools in Tennessee. As discussed in The Tennessean, the pilot program was specifically placed in Tennessee in honor of Dr. King’s place of martyrdom. Since then, the pilot curriculum has been a success in Chattanooga, Nashville, and in Arkansas.

The curriculum has been praised by educators who have reviewed it:

“We here at the South Carolina Independent School Association have partnered with Dr. Daniels to provide our member schools with the opportunity to use this outstanding history-based curriculum in their middle school and high school history classes.  I feel it would be a great initiative to promote throughout the SCISA network.”
Dr. Spencer A. Jordan
Executive Director
South Carolina Independent School Association

“The curriculum is incredibly well thought out, and we love the approach, especially the organization of units around the 5 pillars/core ideas of the civil rights movement, which then allows for the layering of themes and texts from the Civil Rights Movement alongside foundational documents (Declaration of Human Rights, Magna Carta, etc.) as well as ways for students to make connections to contemporary manifestations of these issues via journaling about current events and the portfolio project. We like the project based learning dimension of the portfolio in which students identify their own cause, write their own ‘I have a dream’ speech, build a website, etc. The way we see it, this is a culturally and historically responsive curriculum (with a big dose of digital media literacy), which is something we are all committed to seeing more of in our classrooms and schools.”
Anna West, Ph.D.
Executive Director
Humanities Amped
New Orleans/Baton Rouge Schools
Louisiana Department of Education

As the initiative moves forward, Dr. Daniels hopes that it will be adopted at schools nationwide as more localities review the curriculum for use.

Update, 11/10/20: This curriculum was featured in an article in the Dallas Morning News: “It’s crucial to teach schoolchildren MLK’s nonviolence philosophy in this era of rising violence.”

About IWP’s Center for Human Rights and International Affairs