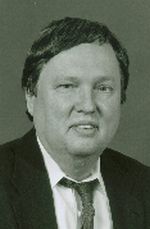 The Institute of World Politics mourns the loss of longtime Professor Roger Fontaine.

Prof. Fontaine was one of the foremost authorities on Latin American affairs and U.S. relations with Latin America in the United States. He was one of a truly rare breed of national security-minded experts who never indulged in either the willful blindness or the ideological biases that afflicted large parts of the Latin American studies community in this country.

His clearheaded and sober recognition of the Soviet and Cuban subversion in our hemisphere attracted the attention of Governor Ronald Reagan, who enlisted Roger’s assistance as one of his foremost foreign policy advisors. At a time of major national debate about surrendering U.S. control over the Panama Canal, Governor Reagan relied heavily on Roger for wise policy counsel. Roger then became the natural candidate to serve as the Director of Latin American Affairs at the National Security Council, serving as President Reagan’s chief White House advisor in that field.

His other professional activities included serving as Diplomatic Correspondent with Tiempos del Mundo, as a consultant to the U.S. Mission to the Organization of American States, and as Director of Latin American Studies at the Center for Strategic and International Studies (CSIS).

In addition to his regional area specialization, Prof. Fontaine had a brilliant mastery of world history and overall U.S. national security policy. He was truly an integrated strategic thinker and, as such, was an intellectual role model for students.

He was a longtime professor at IWP who taught our course on U.S.-Latin American Relations. He also taught the foundational course on International Relations, Statecraft, and Integrated Strategy.

IWP Founder and President Dr. John Lenczowski commented: “Despite his world-class expertise and his professional role at the summit of U.S. policymaking – particularly during the critical period of the wars in Central America of the 1980s – Roger was a remarkably modest man whose spirit was always dedicated to serving a cause higher than himself. In this respect, he was a true role model for our students, exemplifying IWP’s ethos of selfless service and moral leadership. It was a pleasure to co-teach a section of the International Relations course with him over the years.”

Former Deputy National Counterintelligence Executive and IWP Professor Emeritus Kenneth deGraffenreid commented: “I mourn the passing of my good friend and truly Great American, Roger Fontaine. We joined the Reagan NSC staff on the same evening, and I have admired Roger’s work all these years since. I am grateful that so many IWP students had the blessing of Roger as their teacher.”

Robert McFarlane, who served as National Security Advisor to President Ronald Reagan, said: “Roger was so much more than a scholar: he was a man of immeasurable empathy, personal devotion and determination; a visionary man dedicated to advancing sound American policy and enlightened support for the people of Central and South America.”

Richard Levine, who served alongside Prof. Fontaine on the National Security Council, said the following: “Roger Fontaine always had a bright smile on his face.  Professor Fontaine was a happy warrior, for he knew that his work would serve the interests of all people.  Thus, he bravely went about uncovering the tissue of lies that obscured American interests and the interests of the forgotten person ─ be he or she in the United States or resident in one of America’s southern neighbors.

“Roger Fontaine’s work and legacy have ensured the freedom of countless individuals whom Roger did not know, but nonetheless cared deeply about.  His vision always manifested the spirit set out in Jeremiah 29:11, ‘For I know the thoughts that I think toward you, says the Lord, thoughts of peace and not of evil, to give you a future and a hope.’”

Prof. Fontaine will be sorely missed.